Antonio Aledo, Professor of Sociology at the University of Alicante, warns that "because of real estate speculation and the management of public budgets based on income from the real estate business, seismic risk has been forgotten."

As an example, he used the town of Torrevieja, where one of the biggest earthquakes in the province of Alicante took place in 1829 with more than 389 dead and 209 wounded. And things would not be much better now.

As indicated by the professor, "the residential tourism model implemented in Torrevieja has not only created economic risk by the construction crisis and social risk (it is the poorest municipality in Spain according to the National Institute of Statistics), but it has also increased seismic vulnerability."

Aledo suggests the strict application of seismic-resistant construction measures and the recovery of the model developed after the earthquake of 1829 by engineer José Larramendi. 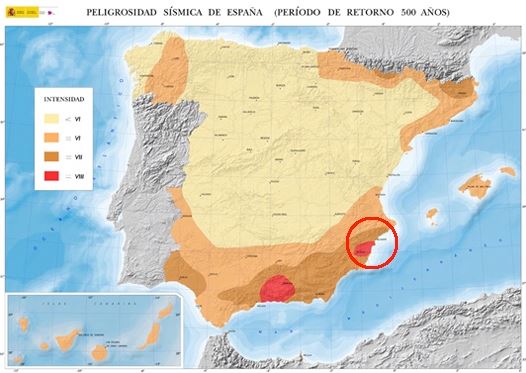 The paper recommends a new strategy of prevention and mitigation actions aimed at identifying and designing specific measures for vulnerable groups. One of its fundamental premises is better information and training on the appropriate behavior in case of earthquakes for the general population, including foreign residents and tourists.

"Certainly a key factor to this new approach to seismic risk in tourist destinations is its inclusion in the current and future management of the city; the preventive approach through social communication; and the implementation of risk preparation plans to build up security and confidence in the citizenship" he says.