News Staff
In the 1942 short story "Runaround", author Isaac Asimov came up with Three Laws of Robotics and those fictional ethics have captivated engineers ever since.

Maintaining the spirit of Asimov, Dr. Eduardo Morales Manzanares of the National Institute of Astrophysics, Optics and Electronics (INAOE) in Mexico has developed robots with artificial intelligence that don’t require specialized personnel to be controlled.

Instead, software allows the robot named Sabina to be able to learn with the guide of the user, either through a remote control or through voice commands or simply by showing the automaton tasks, as one would teach a toddler. That means anyone can program it without being an expert in robotics 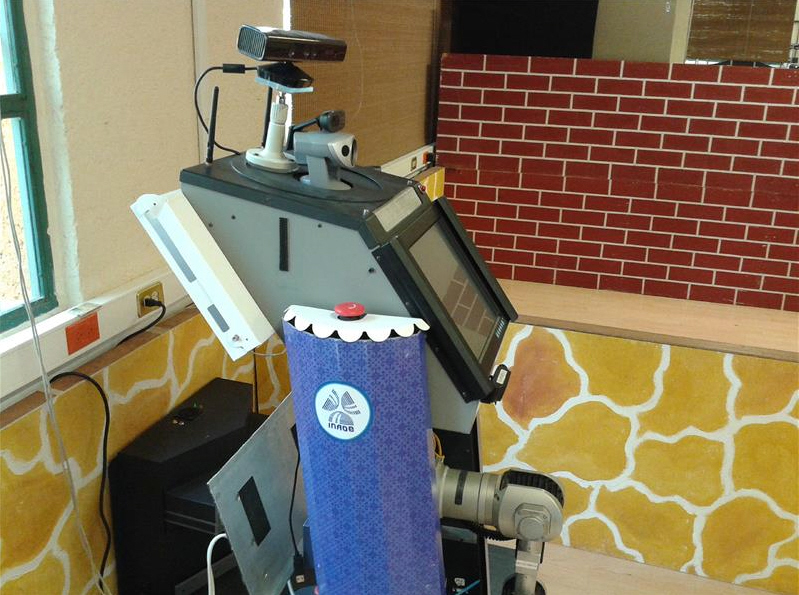 Sabina can autonomously be taught to perform various tasks, like bringing the user’s favorite drink or some medicine. The learning mechanism is independent to the robot. The idea is to create a program that acquires user information that can be used in different robots and improve to where it can teach a drone or helicopter to do reconnaissance.

To do that, certain sensory capabilities are needed, interpretive programs to represent the observed and software to understand simple voice commands. To complement its learning, Sabina has laser sensors, an Xbox Kinect, which is an open technology that consists of a depth camera that captures 3D information, which allows to identify individuals and their position.

For example, the user can move its arm and the robot will replicate the movement, perceiving body language and thus learning to perform tasks. The voice commands can be in Spanish or English.