News Staff
Evolution has endowed females of certain species of amphibians, reptiles and fish with the ability to clone themselves and perpetuate offspring without males.

It has even happened more recently but these virgin births don't mean males are unneeded. Fertilization is still ensuring the survival of the maximum number of healthy offspring.

A species can increase its numbers faster in harsh environments when its females do not have to find worthy males and scientists have speculated that this ability arose independently in certain species, either due to conflict between the sexes or to ensure survival when mates were scarce. Many of these species now consist entirely of females.

The Okinawa Institute of Science and Technology Ecology and Evolution Unit has looked at the early evolutionary transition from sexual reproduction to clonal reproduction by studying a special case: the Little Fire Ant. It is a species in which certain populations reproduce sexually and others clonally, yet colonies in both types of populations still have males. 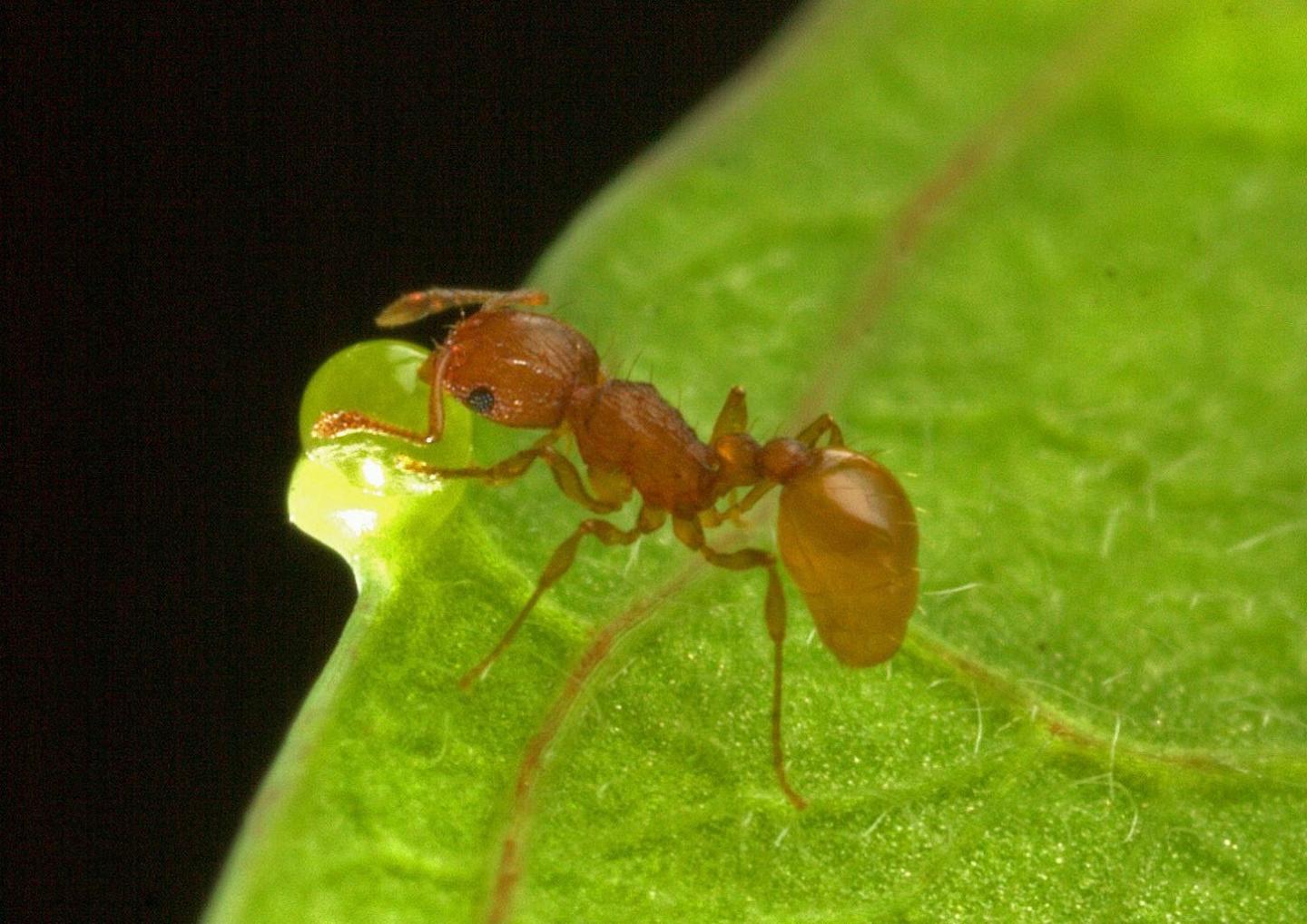 A Little Fire Ant worker forages for food. All worker ants in this species are sterile females.  Credit: OIST

The reason males still existed, and mating still occurred in a species where the male and female genetic information stays separate was a mystery, since the queens also have the genetic capacity to clonally produce both queens and workers.

The OIST researchers studied colonies from both sexually and clonally reproducing populations. They found that inseminated queens had close to a 100 percent success rate in terms of how many of their eggs hatched, whereas in case of queens that remain virgins, from both clonally and sexually reproducing populations, a majority of the eggs did not make it past early stages of embryo development. Mating also stimulated queens to lay eggs faster than not mating.

The OIST results indicate that in the Little Fire Ant case the battle of the sexes is unlikely. Mating with males enables queens to produce more healthy offspring than by cloning themselves. Sex also increases a queen's fitness as indicated by the enhanced egg laying and hatching success rates and as a consequence, the colony's fitness.

"In case of the whiptail lizard in the New Mexican desert which consists only of females, a type of pseudo-copulation still takes place before eggs start developing, suggesting evolution places certain checks on completely eliminating sex and sexual behavior," said Prof. Alexander Mikheyev, head of OIST's Ecology and Evolution Unit, the paper's co-author.

The mechanism by which evolution prevents sex from being completely eliminated is yet to be determined. But what is clear is that even though certain species can bypass the need for sex to deal with challenging conditions, an evolutionary constraint seems to be wiring the females in these species to still expect the sexual stimulus. Without it, their reproductive systems just don't perform as well.