Zombies Are All About The Heteronormative Power Struggle
By News Staff | November 25th 2013 04:50 AM | Print | E-mail

News Staff
Zombies are really popular - "...and zombies" attached to the end of well-established works of fiction have become a common trope and once they began to swarm over the literary canon, it was only a matter of time before English Lit academics began to overthink the phenomenon.

It can never be that something is just popular, there must be an underlying sociological current that can give English Studies legitimacy, and University of South Africa English Studies Professor Jessica Murray - who specializes in feminism, embodied memory, gender studies and women's writing - managed to intertwine two current cultural waves, transgender rights and zombies, into one article that offers a narrative on why zombies are all the rage: People implicitly desire  alternative constructions of gender and sexuality.

That's what the post-apocalypse is all about really; sex. Zombies won't just eat your brain, they will eat your archaic social and ideological constructions too. Survivors can recreate themselves both sexually and in terms of gender hierarchy and so that must be the hidden meaning of books like "Pride and Prejudice and Zombies" - a way our hidden memory to represent alternative understandings of gender and sexuality and successfully destabilize gender and heteronormative power structures. 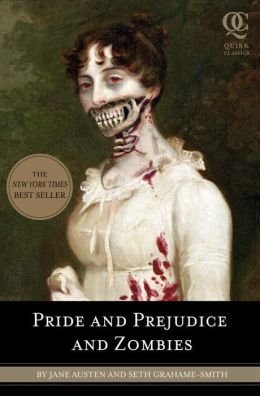 To make that case, we have to find an example, and Murray does that in Lily Herne’s teen fiction novels "Deadlands" (2011) and "Death of a Saint" (2012), which have the benefit of being set in South Africa.

It seems fairly obvious that if an author is going to tell an original story, convention has to be turned on its head. "Lord of the Flies" is about a social construct but has kids doing it, so "Lord of the Flies And Zombies" would have kids warping zombie culture much the same way - at least through the prism of literary analysis, who can make anything about white xenophobia, consumer culturism, liberal guilt over slavery and Cold War angst. And so Murray analyzes the books to find out if Herne capitalizes on "progressive moments" that might be the overarching benefit of a global pandemic that turns the white male patriarchy into flesh-eating monsters.

Progressive? Sure, no one ever says "he" and "she" about zombies or pays one zombie less than another, they are all "it" - they have no gender and therefore can be any gender they claim to want to be, and so it is progressive.  Resistance fighter first, engendered body being second. Though these were written before recent sociological claims that even gender is relative and so there can't be physical genders. Sorry, biologists.

Lily Herne is a pseudonym for a mother-daughter duo and the novels have strong female characters, and each sentence is carefully scrutinized, such as when the Teen Girl archetype asks the simultaneously Empowered Woman/Evil Stepmother character how to know if someone likes her and the character responds, “What do you mean, Lele? You mean, like a boy?” - a shocking  heteronormative assumption to make about 98 percent of girls, which the girl disrupts. But she later calls a boy a 'bitch', which is a way of showing that she has been infected with gender roles and even wishes she shake herself out of a mood at one point, which is showing her conflict with antiquated notions of male dominance. Patriarchal dominance, like our zombie future, is undying and completely unaware of the horror it evokes.