News Staff
It could be a neutron star or it could be a white dwarf with an ultra-powerful magnetic field but something is releasing fantastic bursts of energy at periodic intervals.

When the burst happens, it is one of the brightest radio sources in the sky.

Objects that turn on and off aren’t new to astronomers, they're called ‘transients’, and they are the death of a massive star or the activity of the remnants it leaves behind. ‘Slow transients’, like supernovae, might appear over the course of a few days and disappear after a few months. ‘Fast transients’, like a type of neutron star called a pulsar, flash on and off within milliseconds or seconds. 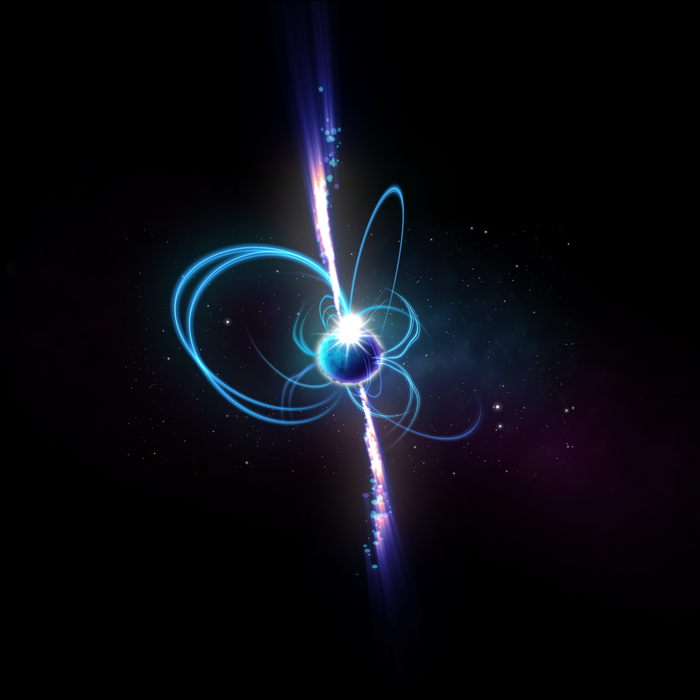 But finding something that turned on for a minute was, in the words of one of the co-authors, really weird. This object was discovered by Curtin University Honours student Tyrone O'Doherty using the Murchison Widefield Array (MWA) telescope in outback Western Australia and a new technique he developed.  It was incredibly bright and smaller than the Sun, emitting highly-polarised radio waves—suggesting the object had an extremely strong magnetic field.

“It’s a type of slowly spinning neutron star that has been predicted to exist theoretically. But nobody expected to directly detect one like this because we didn’t expect them to be so bright. Somehow it’s converting magnetic energy to radio waves much more effectively than anything we’ve seen before.”
News Articles
More Articles All Articles
About