It's officially termed Asteriornis maastrichtensis, in reference to Asteria, the Greek Titan goddess of falling stars, but the scholars who named it just call it "Wonderchicken."   Though the fossil didn't look like much on first glance, a few small leg bone fragments poking out from a piece of rock the size of a deck of cards, even those small bones attracted interest, since bird fossils from this point in Earth's history are so rare. Using X-ray CT scans, they also found  a nearly complete 66.7-million-year-old bird skull. That dates it from less than one million years before the asteroid impact which eliminated all large dinosaurs.

Detailed analysis of the skull shows that it combines many features common to modern chicken- and duck-like birds, suggesting that the 'Wonderchicken' is close to the last common ancestor of modern chickens and ducks. 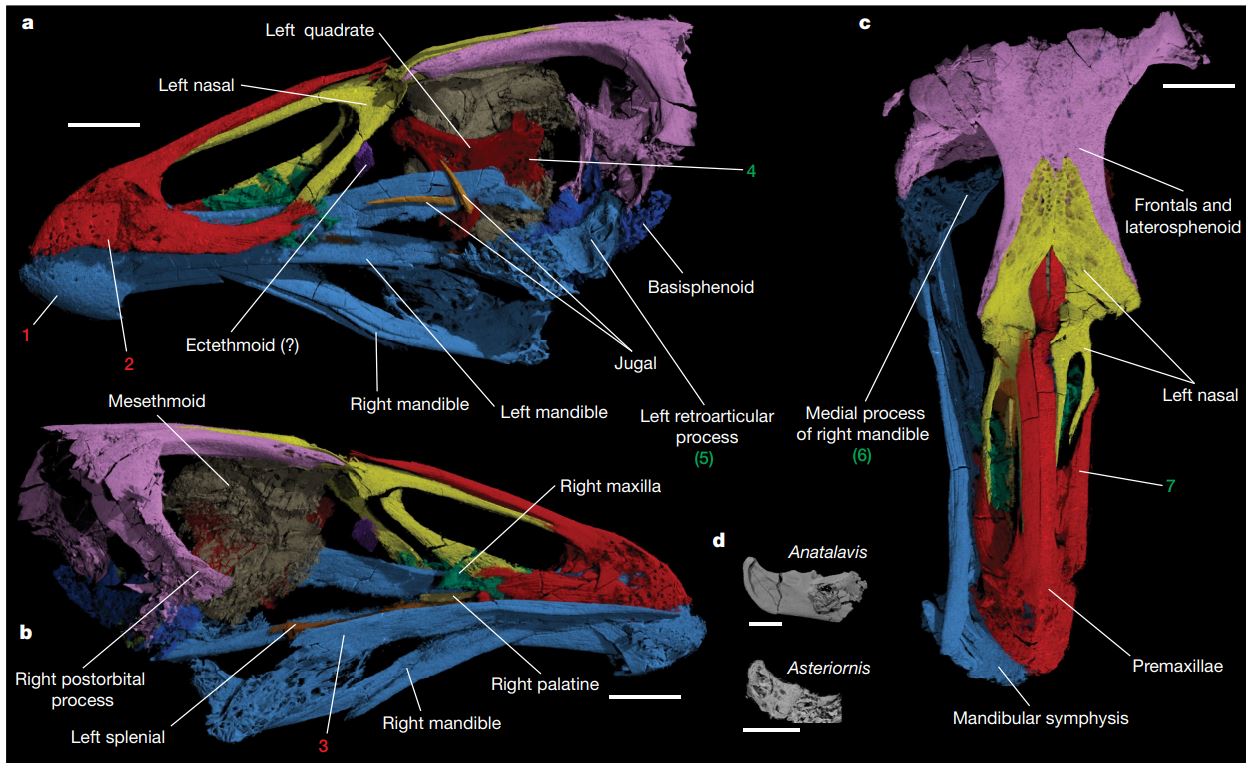 The skull, despite its age, is clearly recognizable as a modern bird. It combines many features common to the group that includes living chickens and ducks - a group called Galloanserae. The skull is a kind of 'mash-up' of a chicken and a duck.

"The origins of living bird diversity are shrouded in mystery -- other than knowing that modern birds arose at some point towards the end of the age of dinosaurs, we have very little fossil evidence of them until after the asteroid hit," said co-author Albert Chen, a PhD student based at Cambridge. "This fossil provides our earliest direct glimpse of what modern birds were like during the initial stages of their evolutionary history."

The fact that Asteriornis was found in Europe is another thing which makes it so intriguing. The late Cretaceous fossil record of birds from Europe is extremely sparse. The discovery of Asteriornis provides some of the first evidence that Europe was a key area in the early evolutionary history of modern birds.

It means that early on, at least some modern birds were fairly small-bodied, ground-dwelling birds that lived near the seashore.