News Staff
The imagery of the ideal housewife was just what it reads like, a convention fabricated by male-dominated urban advertising executives to sell stuff.

Because it was an ideal, some women adopted it, and some men wanted it, and therefore it grew, but it largely faded away as culture wised up to claims about organic food and alternative medicine in the early 2000s.

Yet it has seen a resurgence, according to a new paper. And that has been due to paid influencers. You have seen those even if you don't know what they are. If you turn on "Today" and see a young thin woman you don't recognize who talks in a hurry as she blazes through 10 must-have products in three minutes while the TV hosts coo about how great they are, that is a paid influencer. 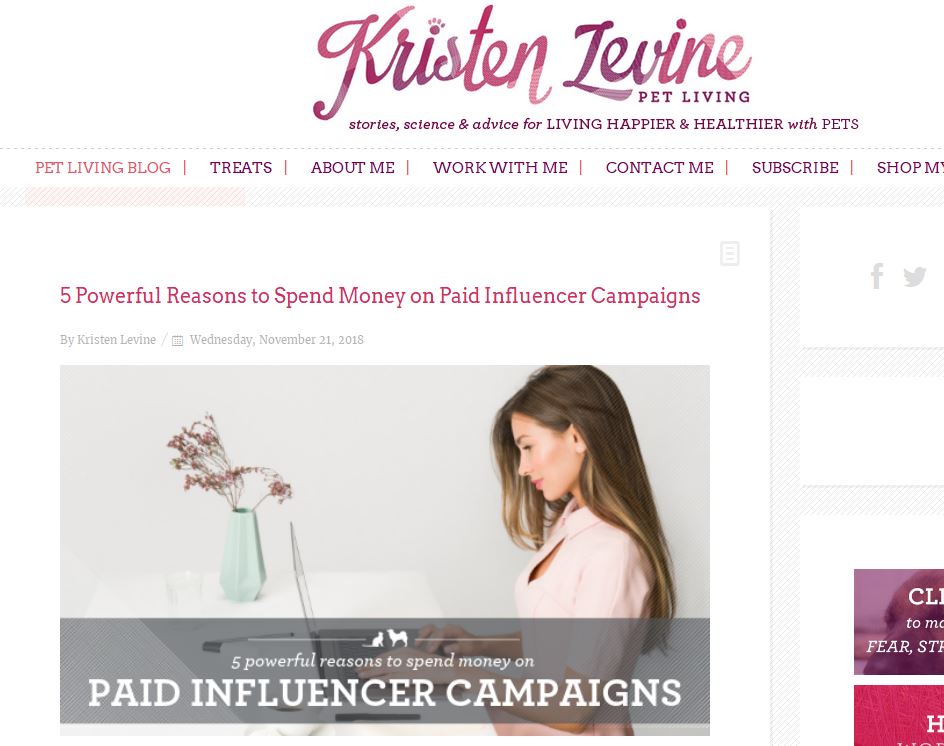 If you want to be a paid influencer, you need to be ideal. Forget that stuff about being perfect at any size. Screen cap from Kristen Levine, a paid influencer who claims to use science to help you live with your pet.

Only they have begun to sell the housewife ideal again. It isn't just 'if you are a good mom, you will buy this food' marketing that never really went away, this new 'ideal' exploits the image of a glamorous housewife by showing it as an entrepreneurship - 'she is not just a consumer, she is part of the social economy.'

The article evolved from in-depth interviews with influencers or bloggers across 2014 and 2016, and scrutinized 25 other similar accounts. To get likes, paid influencers develop a persona which is close to their real ego, but not their actual personality. They are not ideal housewives, they are actors who show a picture of what it means to be a woman who fits the advertisers.

But it has to be just real enough to be identifiable. It is the change of the blogger's real body, home, or lifestyle that interests the audiience of the ideal housewife. To sell the image of consumption, family life, marriage, home decor and how to dress, they reinforce traditional notions of femininity, by enabling women to engage in practices of care, beautification, and mothering. They even use personal trauma as triumphs shared and spread exponentially in social media.

"These bloggers are given the possibility to re-code what it means to be a home-working woman, who is engaged in practices of consumption," says Magdalena Petersson McIntyre, a researcher at the School of Business, Economics and Law at the University of Gothenburg.