News Staff
There is a vicious cycle of vanity on social media, according to new results. College-age women who viewed positive feedback on Instagram selfies then experienced greater body dissatisfaction - because they put more focus on appearance and in the end fueled body dissatisfaction among viewers.

128 undergraduates (naturally) viewed images that had a short positive comment. For half the participants, comments were related to appearance 'she looks great') the other half viewed the same images with place-related comments ('that is a beautiful beach') and as predicted, participants own body dissatisfaction increased after viewing the images but the increase was significantly greater among those who had viewed comments praising women’s looks.

Since this was significant even when looking at photos of other women, the authors conclude that  comments form an important and integral part of Instagram imagery, and even moreso if they are about the person posting the picture. Even if the comments are positive they are negative. 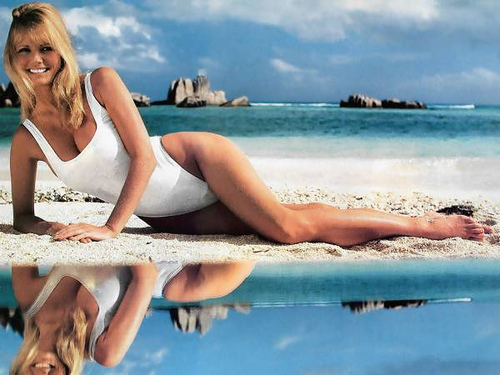 Just what women want to hear; 'hey, that rock in the distant background looks fantastic.' Copyright: Cheryl Tiegs and used under creative commons.

So what is the solution? Apparently to not comment on appearance. That could lead it to its own issues if a woman posts a picture of herself in a bikini and all people comment about is the beach.
News Articles
More Articles All Articles
About