News Staff
A theorized particle process, called neutrinoless double-beta decay, could revise our understanding of ghostly particles called neutrinos, and of their role in the formation of the universe. But there is no evidence it actually exists.

The CUPID-Mo experiment is among a field of experiments trying to see if it does and preliminary results based on data collected from March 2019 to April 2020 set a new limit for the neutrinoless double-beta decay process in an isotope of molybdenum known as Mo-100. But not a single event was detected in CUPID-Mo after one year of data-taking.

Isotopes are forms of an element that carry a different number of uncharged particles called neutrons in their atomic nuclei.

The first result sets the limit on the neutrinoless double-beta decay half-life in Mo-100 at 1.4 times a trillion-trillion years (14 followed by 23 zeros), which is a 30 percent improvement in sensitivity over the Neutrino Ettore Majorana Observatory 3 (NEMO 3), a previous experiment that operated at the same site from 2003-2011 and also used Mo-100. A half-life is the time it takes for a radioactive isotope to shed half of its radioactivity. 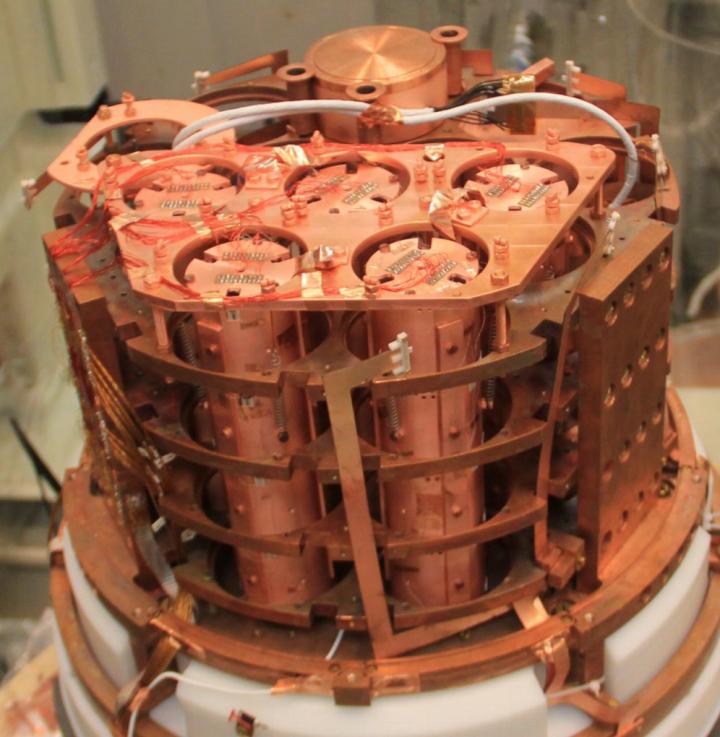 While both experiments used Mo-100 in their detector arrays, NEMO 3 used a foil form of the isotope while CUPID-Mo used a crystal form that produces flashes of light in certain particle interactions.

Larger experiments that use different detector materials and that operate for longer periods of time have achieved greater sensitivity, though the reported early success of CUPID-Mo sets the stage for a planned successor experiment called CUPID with a detector array that will be 100 times larger.
News Articles
More Articles All Articles
About