News Staff
Mosquitoes spread malaria but because wealthy nations wiped it out before declaring insecticides bad, it's easy to forget that insecticides are the only effective way to control the mosquitoes that spread a disease which still kills 400,000 each year in developing nations.

For poorer countries, there is good news. Scientists have created a new crystal form of the pyrethroid pesticide deltamethrin that is up to 12 times more effective against mosquitoes. Insecticides such as deltamethrin and DDT can prevent the spread of diseases carried by mosquitoes and are often sprayed indoors and on bed nets. Though DDT, for example, is banned in the United States for political reasons, our EPA writes the book on how to spray it indoors where malaria still exists.

But nature is always looking for new ways to kill so pests evolve and insecticides must as well. 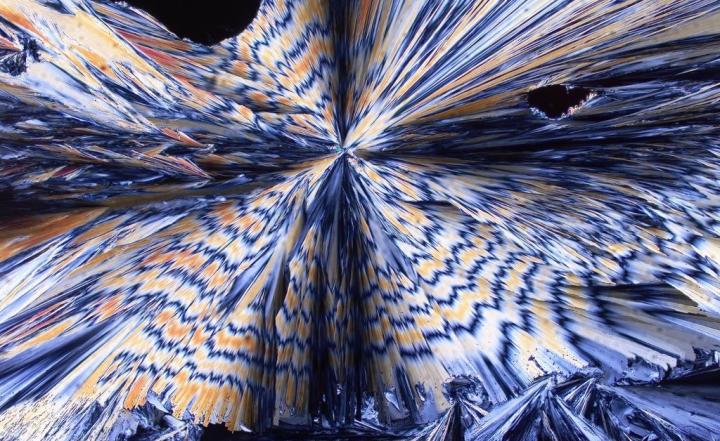 Many insecticides, including deltamethrin, are in the form of crystals. When mosquitoes step on insecticide crystals, it is absorbed through their feet and kills the mosquitoes. In their PNAS study, the researchers heated the commercially available form of deltamethrin to 110°C/230°F for a few minutes and let it cool to room temperature; this resulted in a new crystallized form of deltamethrin, composed of long, tiny fibers radiating from a single point.

When tested on Anopheles quadrimaculatus and Aedes aegypti mosquitoes--both of which transmit malaria--and fruit flies, the new crystal form of deltamethrin worked up to 12 times faster than the existing form. Fast-acting insecticides are important for quickly controlling mosquitoes before they reproduce or continue spreading diseases.

To simulate how the two forms of deltamethrin would perform in stemming the spread of malaria, the researchers turned to epidemiological modeling that suggests that using the new form in indoor spraying in place of the original form would significantly suppress malaria transmission, even in regions with high levels of insecticide resistance. Moreover, less of the new form would need to be used to achieve the same effect, potentially lowering the cost of mosquito control programs and reducing environmental exposure to the insecticide.
News Articles
More Articles All Articles
About