News Staff
Raw milk sold by Miller’s Biodiversity Farm in Quarryville, Pennsylvania and laced with Brucella strain RB51 has been linked to exposures in 19 states by the U.S. Centers for Disease Control and Prevention.

Raw milk, a recent trend by organic food lovers, lacks pasteurization, a process created by Louis Pasteur that has saved millions of lives by removing harmful bacteria like RB51. A cow that tested positive for RB51 has been removed from the milking herd and after one case of infection was confirmed in New York in November 2018, there are concerns that an unknown number of people may have been infected due to the milk from this farm.

Organic shoppers believe that raw milk contains more "nutrients" but studies have shown that is not true. 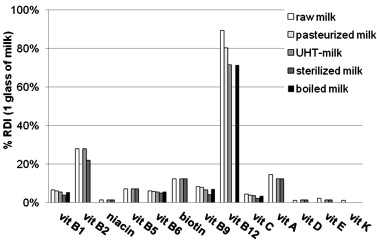 Raw milk increases the risk of foodborne illness exponentially, but because people who buy it don't trust science or medicine, the risks could be understated because illnesses could be under-reported.

Those risks are overwhelmingly borne by their children, as CDC data have shown since this natural craze took off.

People who are still within six months of the date they last consumed the raw milk are at an increased risk for brucellosis and should receive antibiotics to prevent an infection and symptoms, and should monitor their health for possible symptoms for six months. If symptoms develop, they should see their doctor immediately for testing. People who last drank raw milk from this dairy more than six months ago and have had symptoms of brucellosis – but not been treated – should see their doctor immediately for testing that can determine if they are infected and need antibiotics to prevent long-term health problems caused by brucellosis.

Consumers should discard any leftover or stored raw milk or raw milk products from this dairy farm.
News Articles
More Articles All Articles
About