News Staff
South-East Asia is a substantial consumer of rice but also accounts for about 40 percent of international rice exports. Before population plateaus some time after 2050, and as globalization makes the world more prosperous, there will likely be 18 percent higher demand for rice in the region.

Rice yield stagnation is already occurring in countries like Myanmar, Thailand and Vietnam and critics of progress blame housing and business, as if larger irrigated paddy lands are what matter, but a new analysis finds that the average gap in rice yield represents about 48 percent of the “yield potential” estimated for the region. That gap can be closed with less use of old ways and more use of modern science. Rice does not need standing water, flooded fields are only used to block weeds.

Closing the yield gap by half can be done through proper crop management, which would drastically reduce the need to import rice and generate an “aggregated annual rice surplus of 54 million tons available for export,” the researchers say. 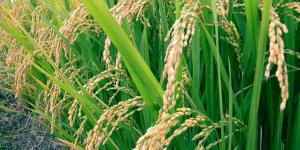 The ways to close that gap without making housing too expensive for the poor in those countries is use of fertilizer and irrigation, nutrients, water, and pest management, particularly in lowland rainfed environments. Using less land and water will mean a smaller environmental footprint, something environmentalists support, until it means embracing their dislike of science.

And Asians want to raise yields, but western lockdowns and demand for higher wages has created inflation and supply chain issues and the price of fertilizer has gone up 40 percent. With war between Europe and Ukraine, Europeans are unable to rely on those two countries for cheap food, which means they are quietly unraveling their restrictions on evidence-based approaches to agriculture, and that means competition that poor Asian countries can't beat.
News Articles
More Articles All Articles
About