News Staff
When a drop of liquid evaporates, solids are left behind in a pattern that depends on what the liquid is, what solids are in it and the environmental conditions.

You may have seen a 'coffee ring' when overflow deposits solids along the edge of the puddle as it evaporates. The same things happen with other beverages. Stuart Williams and colleagues previously found that drops of diluted American whiskeys -- but not their Scotch or Canadian counterparts -- formed webbed patterns when dried on a glass surface, and there were hints that the pattern was distinctive for different brands of whiskey.

In a new study, researchers wanted to see how the whiskey webs form in more detail, and whether they could serve as fingerprints of the spirits. 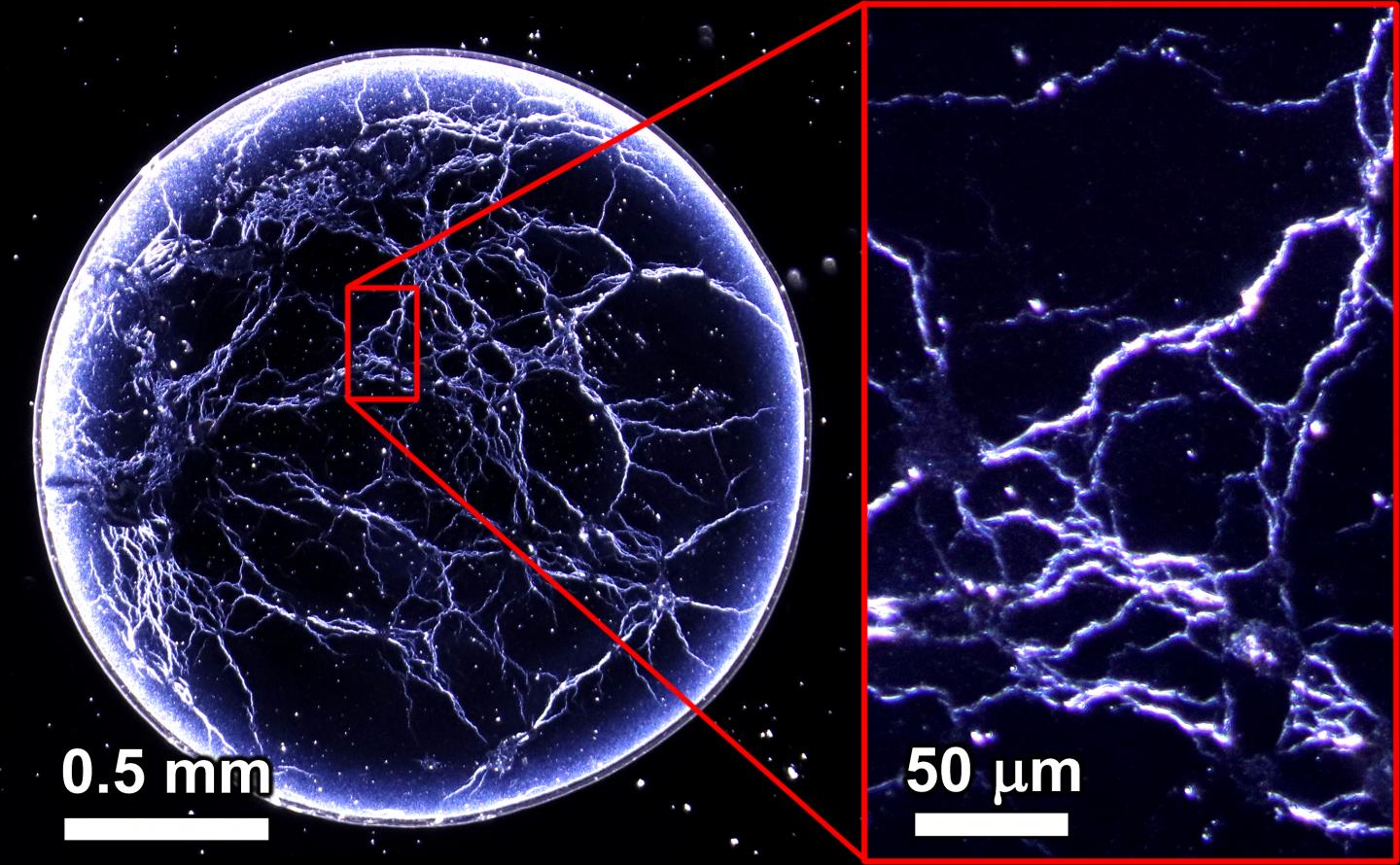 A drop of American whiskey evaporated to form a distinctive web-like pattern of solutes.bCredit:
DOI: 10.1021/acsnano.9b08984

The team used time-lapse microscopy to examine droplets of diluted American whiskey as the liquid evaporated. Non-volatile organic compounds, such as phenols, aromatics and esters, clustered together and were driven to the surface of the droplet, where they formed monolayers. As the surface area of the droplet decreased, the monolayers collapsed, creating strands of the web.

The researchers showed that different American whiskeys showed unique web patterns that could be correctly matched to unknown samples more than 90% of the time. The distinctive webs arise from the unique combination of solutes in each whiskey, the researchers say.
News Articles
More Articles All Articles
About