News Staff
Like with kids, when it comes to galaxies adolescent blemishes disappear over time.

Exponential disks, common in spiral galaxies, dwarf elliptical galaxies and some irregular galaxies, appear smooth and have an exponential fade. How did they get it way?

It's not possible to know but using inference, simulations help provide insight. 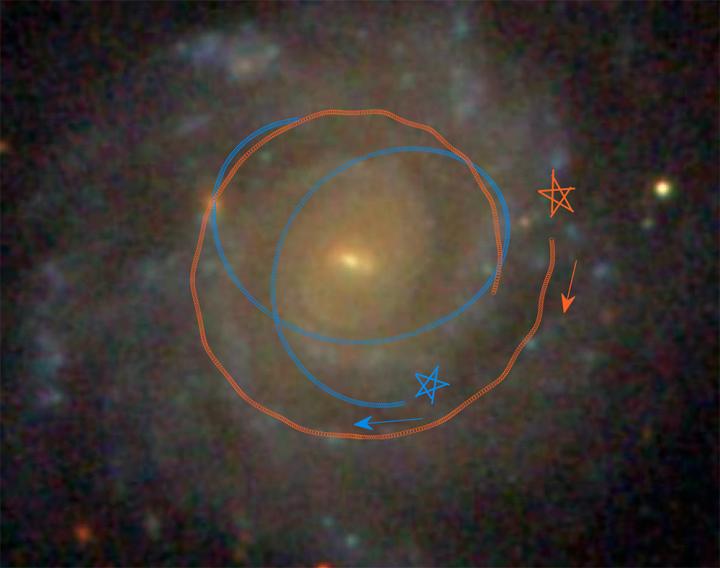 Gravitational impulses from massive clumps alter the orbits of stars and that changes the overall star distribution of the disk, and the exponential brightness profile is a reflection of that new stellar distribution. While stars remain scattered, disks from a distance become smoothed, the new simulation finds.

The latest models show how star clusters and clumps of interstellar gases within galaxies can change the orbits of nearby stars. Some star-scattering events significantly change star orbits, even catching some stars in loops around massive clumps before they can escape to the general flow of a galaxy disk. Many other scattering events are less powerful, with fewer stars scattered and orbits remaining more circular.

Like how the Mona Lisa is unrecognizable if we zoom in on pixels, the stars themselves are not in any uniform distribution, it is from a distance they appear so. The types of clumps and initial densities of the disks affect the speed of the evolution, but not the final smoothness in brightness. This is not a fast process, it took billions of years,

Over all those years, and even with model galaxies where stars are initially distributed in a variety of ways,the models show the ubiquity of the star-scattering-to-exponential-falloff process. The author believe stellar scattering is very general and universal.