Tommaso Dorigo
To the couple of positions I posted yesterday from the Chess Tournament I played this weekend, let me add one I played on round II, when I was white against Fausto Scali, the blind player. The position arose from the Advance variation of the French defense (1.e4 e6 2.d4 d5 3.e5), which however we reached with a transposed move-order (1.e4 c5 2.c3 d5 3.e5). In the position below, black has just played an inaccuracy in an already slightly worse queenless middlegame: 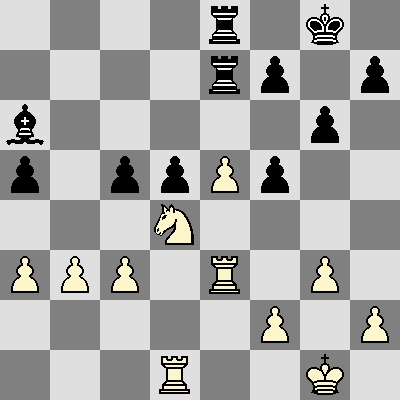 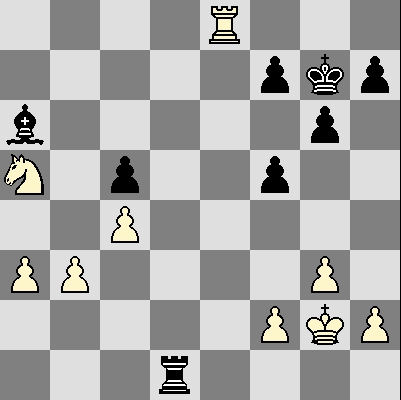 And now what would you play as white in the position below ? 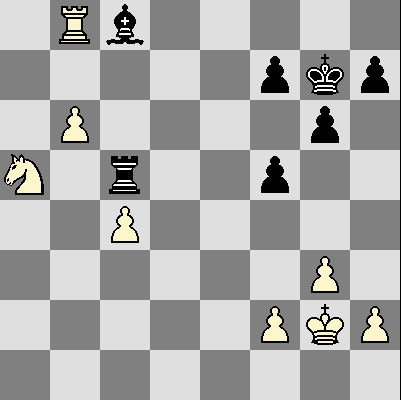 Of course, after 45.b7? Bxb7 46.Nxb7 Rxc4 white still has a winning advantage - a full knight for a pawn - but the game could easily last some thirty more moves, with some faint chance for black to equalize if white did not play precise moves. Instead there is a move (not hard to find, in truth) that immediately "cuts the crap": and that is what I played. 45.Rxc8! I can't really call it an exchange sacrifice, although technically that's what it is... There followed 45... Rxc8 46.b7 Rb8 47.c5 Kf6 48.c6 and black is powerless. Indeed, white promoted the c-pawn unhindered, and gave checkmate on move 57. Quite pleasing for me to play this accurate ending, although not a very hard one to convert to a win.
A Quantum Diaries Survivor
More Articles All Articles
About