Stephanie Pulford
Cicadas are nature’s candy—fat meaty bugs straight out of a Temple of Doom buffet.  Though most cicadas worldwide live typical insect lives, the Magicicada genus in the eastern US has a special power move to counterbalance its deliciousness: periodicity.

So-called seventeen- and thirteen-year cicadas develop underground for most of their lives, emerging for a short adulthood in the summer of their last year.  But remarkably, populations, or broods, of cicadas live their lives in phase with each other. There are only 22 known broods that aren't extinct.  If your town was visited by 17-year cicadas this year, you won’t see that family again for another sixteen.  You can set a very slow watch by it. 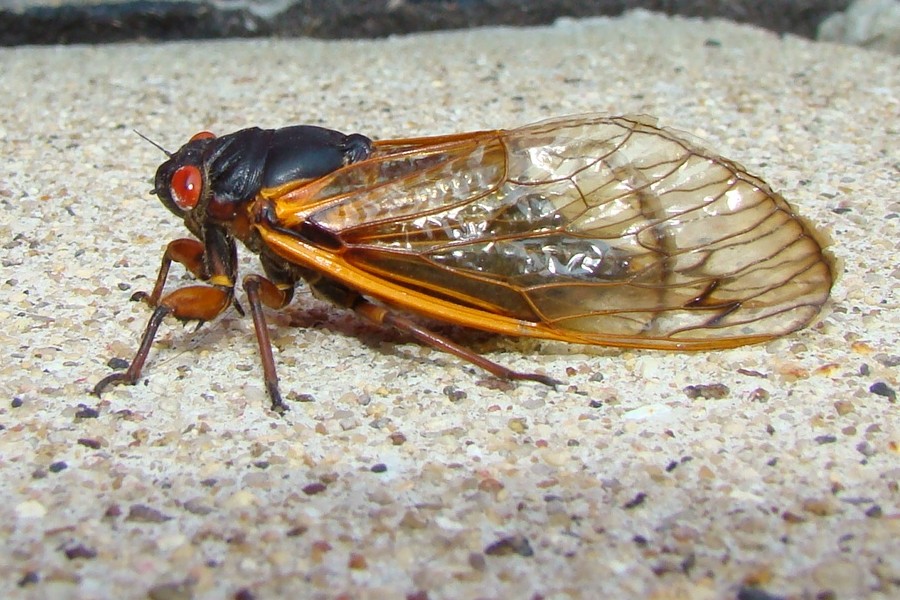 The unusual prime number of years in the cicada life cycle is a clue to its purpose.  Like an insect Brigadoon, cicada broods are trying to prevent certain interactions with the world around them. Predation seems the most likely.  The emergence of adult cicadas is often compared to a plague of locusts, but they’re manna from heaven to the local birds, fish and amphibians.  Luckily for the cicadas, predators are blindsided by the windfall—if the grackle could cosynchronize its reproductive cycle to match the cicadas, they’d winnow the brood’s population within a few generations.

Prime numbers are a great way for the cicada to avoid predator anticipation.  Imagine that an impatient cicada brood decided to speed things up by one year, becoming the first brood of 16-year cicadas.  When this brood emerged from the ground as adults, they’d be met by a welcoming committee of predators with 2-year, 4-year, 8-year, and 16-year life cycles.  A 17-year cicada boom can only realistically be anticipated by predators with 17-year cycles, preserving their “shock and awe” blitz of the northeastern United States.

This theory may herald bad news for celebrity moms of multiples who might be adopting a periodicity strategy.  Kate Gosselin bore her photogenic sextuplets at age 29; if this is indicative of a 29-year Gosselin period, the large prime number ensures that future generations are safe from predator synchrony.  Suleman broods will have to fend off predators of 3, 11, and 33 year lifespans. 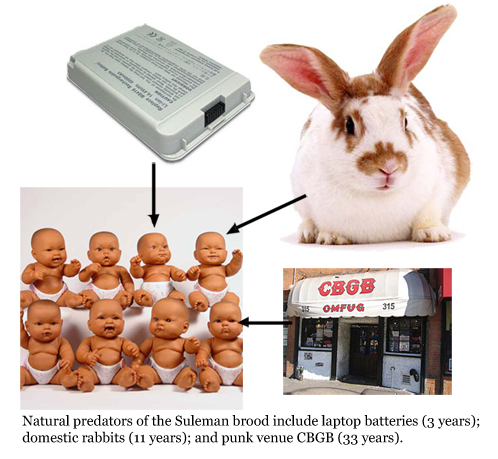