For Environmentalists, The Summer Before Elections Is The Battle Of The Bulge
By Hank Campbell | July 22nd 2016 05:30 AM | Print | E-mail 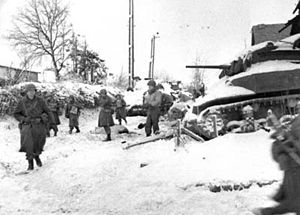 Environmental groups in major cities all across America have sent their armies marching, a last, desperate attempt to ideologically plunder everything they can before the November election.

They have good reason to gain as much ground as possible now. While Republicans will insist that we are doomed if Hillary Clinton wins the White House, and Democrats will claim the same about Donald Trump, either one is going to be bad news for environmental groups.

Environmentalists and other anti-science groups have enjoyed something of a heyday for the last seven years - they have garnered so much control over the administration that the President's own Government Accountability Office declared EPA had engaged in blatant propaganda, in violation of numerous federal laws, to further its agenda. That's not the end of it.
Backroom deals, like pre-arranging a settlment for an environmental lawsuit, used to be done discreetly. Now they are done openly at parties where high-level bureaucrats invite environmentalists who buy expensive t-shirts in lieu of giving bribes.  In return, they let groups like NRDC draft rules on coal which EPA presents in the name of the President.

For a President who claimed he was going to be Scientist-In-Chief and restore science to its rightful place, he has been a big disappointment. Scientists on his side of the political aisle have just minimized the damage he has done to public acceptance of evidence-based thinking because...that's politics.

But those days are almost done. Say what you want about Clinton and Trump, but they are not ideologues the way President Obama has been. They are not going to squander $72 billion on solar panels to try and compete with cheap Chinese labor. No "cash for clunkers" boondoggles either.

Environmentalists have fixed bayonets and chambered rhetorical bullets because they know they must launch a full assault now. In January of 2017, the man who took a stand against poor people and union jobs in America by overturning government scientists on Keystone XL will be gone. One of the people who may replace him is the Secretary of State whose science he overturned in that decision. Clinton was all for making America more energy independent rather than making government subsidies the drivers of our energy future.

She is not predictable the way they knew Senator Obama was.  Yes, it was a Clinton who effectively killed the best green energy in America, nuclear power, with Senator John Kerry in 1993, but that was Bill Clinton. Mainstream Democrats are now looking at solar and wind energy as the gigantic subsidized failures they are, and that has green groups concerned. (1)

There hasn't been an election this up for grabs since 2000 and so they know their biggest bargaining chip is to threaten is that environmental voters will simply stay home. That will get Democrats to hand over as much authority as fathomable now.

In December of 1944, the German army threw a huge counter-offensive at the Americans in the Ardennes forest, hoping to capture ground and then sue for peace. By January of 1945 their war was lost. Environmental groups are hiding in their bunkers planning a similar assault, but hoping for a better result.

(1) Except NRDC. They are only against nuclear energy because a giant chunk of the hundreds of millions of dollars they have in their war chests is in fossil fuel stocks and alternative schemes that will be necessary to close the huge gap in electricity when California closes its last plant The two highest-ranking members of NRDC’s Board of Trustees, its Chair and Vice Chair, as well as one of NRDC’s single largest donors, are all major investors in natural gas and renewables companies. Ironically, NRDC and other environmental groups insist anyone who takes a donation from a corporation has a conflict of interest - yet they will have their Google board member schedule 'awareness' meetings and do mailers to employees at Google, so they can get lots of Google money, without ever actually getting a check from Google.

No one masters money laundering the way environmental groups, and the Deniers for Hire they pay, do.