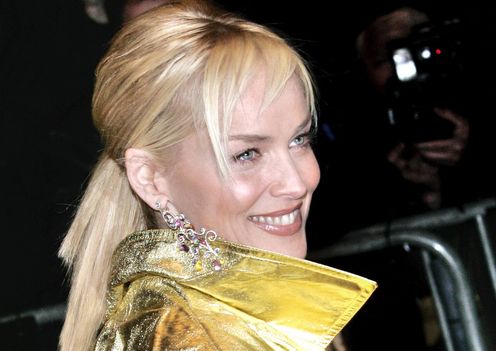 Countless novels, films and TV programs continually pathologize women through and because of their sexuality.

Meron Wondemaghen rightly asserted on The Conversation recently that the characterization of Carrie Mathison in the TV series "Homeland" provides – at least in the initial season – a realistic and sympathetic portrayal of bipolar disorder, thus reducing the stigma attached to it. But what is overlooked is the obvious gender bias of her characterization.

Mathison’s identity is wedded to a confident sexuality that refuses to be controlled. It provides a key narrative and psychological dimension to the program that is integral to its success and suspense.

Intelligent, desirable, yet psychologically unstable women characters are a common feature of thrillers. In fact they are a staple of the 1940s and 1950s Hollywood film noir genre.

Take for instance the extraordinarily glamorous yet unhinged character of Gene Tierney in Leave Her to Heaven (1945). She tries to avenge her husband and sister beyond the grave, which takes her egotism well beyond the cliff of acute narcissism.

All too often, women’s uncontrollable sexuality has been pathologized.

Wondemaghen mentions a number of films that do this: Play Misty For Me (1971), Fatal Attraction (1987), and Misery (1990). Those films do not simply represent negative kinds of mental illness – they depict crazy women who are driven by sexual lust, jealously and possessiveness.

Other additions to the genre – such as Basic Instinct (1992) and Gone Girl (2014) – repeat the narrative scenario of dramatizing the catastrophic actions of clever yet unhinged women.

But "Homeland"’s Carrie Mathison disrupts the cycle of demonizing smart and sexually assured women, since she is more of a danger to herself than to others.

We are encouraged to like and even to admire Carrie’s mental struggle because she thinks and acts beyond herself. This does not prevent her from using her sexuality as a means in which to gain intelligence. Unlike her femme fatale predecessors, she makes the mistake of falling in love.

Throughout the ages, love has been opposed to reason. It has even been considered a madness. In Homeland, Carrie experiences a form of madness in her love for the character Brody.

As a woman in love, she is not in control; because of this, she becomes less of an agent and more of an agency.

The shift from the noun “agent” to the verb “agency” is important: it signifies a transition in Carrie’s identity and place. She is not a solid person or subject but a fluent action that propels the plot and enables others.

Women have often been positioned as agents of change, fluid bodies who have suffered from rape and violence. What comes to mind is the violation of Rosemary Woodhouse in Roman Polanski’s disturbing Rosemary’s Baby (1968), in which Mia Farrow plays the unwitting vessel of Satan’s son. Although well-drawn and complex characters such as Carrie Mathison, and Cate Blanchett’s extraordinary performance of a narcissist in Blue Jasmine (2013), provide writers and actors with great scope, there is still the nagging problem of a woman’s place in narrative as well as in life. For even the brilliant bipolar Carrie cannot change the trajectory of her fictional existence as it seems steadfastly focused on aligning her unstable mental health with a rogue sexuality.

Wondemaghen names two films that depict positive mental health cases — "A Beautiful Mind" (2001) and "The Soloist" (2009) — but doesn’t dwell on the fact that these films are both about extremely talented men. One is a genius mathematician and the other a musical prodigy. Both suffer from schizophrenia, yet their condition is no way linked to their sexuality. If anything, it is associated with exceptional skills and talents.

"Rain Man" (1988) is another film that depicts mental illness in a positive way. Again, it dramatises the life of a man, this time a brilliant autistic savant.

It is hard to think of a single film that represents a woman’s mental illness as a condition that has nothing to do with her looks or body. Carrie Mathison comes close to providing us with a rare positive portrayal of a smart woman who also happens to be bipolar. The problem, though, is that she is always compromised by the fact that she is female.

Perhaps then being a woman is the real mental illness our films and stories seem to oscillate around? That is a confronting idea yet has leverage in the fact that narratives repeatedly associate women’s psychological ill health with an aberrant sexuality.

Suzie Gibson, Lecturer in English Literature at Charles Sturt University, does not work for, consult to, own shares in or receive funding from any company or organization that would benefit from this article, and has no relevant affiliations.