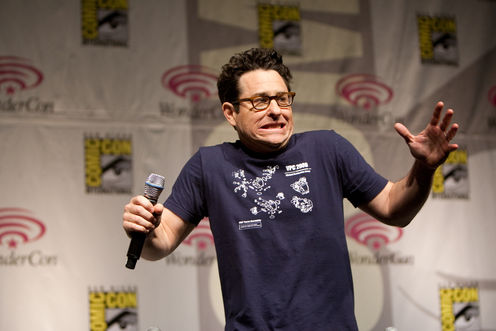 Much of the excitement of fantastical and science fictional worlds is the sense of history they have, their depth, and the joy of sharing them with others. Whether it be Star Trek, Star Wars, or Back to the Future, they remain sacred spaces, oases of magic to which we can escape. And if these worlds are threatened, people can freak out.

In recent years the nostalgia for, and desire to revisit, the film franchises of the 80s has overtaken Hollywood. The 80s was the decade of the sequel, the last decade of the analogue tactile world at the cusp of the digital revolution. Because of this, it is one to which filmmakers today wish to return in a bid to recapture the cinematic magic of their youth. This has been particularly visible recently with the enormous popularity of Secret Cinema’s Back to the Future (1985) screenings in London. There is a pervasive and lingering sentiment for the decade, a desire to re-enter the film worlds of our childhood.

Look at JJ Abrams, who is currently directing the next instalment of the Star Wars (episode VII) franchise. An enormous amount of excitement and doubt surrounds him. Excitement because of the potential, doubt and even fear because of the possibility of tainting the original trilogy. The difficulty with sequels is something that Abrams revealed with infectious enthusiasm during his TED talk in March 2007. Abrams cogently observes that sequels and reboots tend to rip off the wrong things – such as spectacle and aesthetics – from what he calls the “mystery box” of the film, which should be more focused on characters and narrative excitement.

So Abrams and his creative team are well aware of the enormous pressures and expectations from avid Star Wars fans. George Lucas, the creator of the phenomenon, fell spectacularly from grace in the aftermath of his own “prequels” to the saga a decade ago. Some fans choose simply to disavow the prequel episodes altogether, whilst others regard them in varying degrees of disappointment. One need only look to documentaries such as The People Vs. George Lucas (2010) to get a sense of the depth of obsession and the anger directed at the prequels, and the contempt for Lucas’s hyper-commercialisation. Abrams has an unenviable task ahead if these expectations can be met at all.

But he has demonstrated an ability to navigate the daunting ardour of fan expectations before, also among the stars. His recent film reboot of Gene Roddenberry’s iconic TV series Star Trek (1966-1969) brought established and beloved characters to life with clever casting (Zachary Quinto’s portrayal of Spock in particular is excellent), and included Leonard Nimoy and the familiar retro-futuristic designs and feel of the 1960s television series. But this lauded reboot was short-lived. Its sequel, Star Trek Into Darkness (2013), drew much criticism from fans via its re-exploration of cult favourite Star Trek II:The Wrath of Khan (1982).

Sequels are an assured method to give us more of the same, with slight variances, for a guaranteed box-office return. But this method also puts the franchises at the mercy of fandom. Studios are keenly aware that there is a need to please, and to deliver more of the same nostalgic magic to ensure box office returns. The failure to meet such high expectations can be extremely hostile and you don’t have to look far for more occurrences – the ire directed at Steven Spielberg’s Indiana Jones and the Kingdom of the Crystal Skull (2008) for example, or Ridley Scott’s Prometheus (2012).

Abrams’s own ability to contribute to the Star Wars saga will certainly be carefully crafted and achieve record profits for Disney upon its release in December 2015. The palpable excitement of a new director at the helm of the series, using tactile sets and returning an established cast in Mark Hamill, Carrie Fisher and Harrison Ford, will prove to be simply too tantalising to resist. People will go to see the film, even if it’s just to complain.

We cannot seem to stop returning to the 80s, trying to put the genie back in the bottle, trying to recapture a period that we dare not imagine may be lost to us today. We all desire to return to the magic of the cinema of our youth – so one can only hope Abrams and his mystery box formula will deliver.

Dr. Sorcha Ní Fhlainn is a Lecturer in Film Studies and Contemporary American Literature at Manchester Metropolitan University and does not work for, consult to, own shares in or receive funding from any company or organization that would benefit from this article, and has no relevant affiliations.