How Gut Bacteria Ensure A Healthy Brain – and Could Play A Role In Treating Depression
By The Conversation | October 23rd 2014 04:30 AM | Print | E-mail 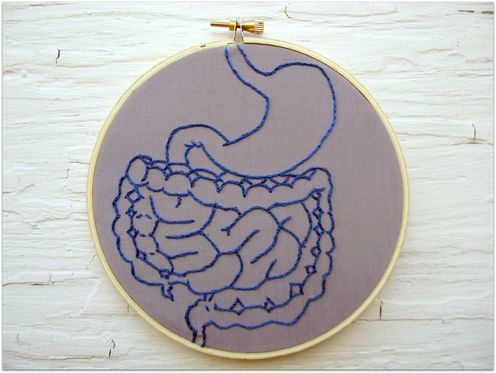 By Clio Korn, University of Oxford

One of medicine’s greatest innovations in the 20th century was the development of antibiotics. It transformed our ability to combat disease. But medicine in the 21st century is rethinking its relationship with bacteria and concluding that, far from being uniformly bad for us, many of these organisms are actually essential for our health.

Nowhere is this more apparent than in the human gut, where the microbiome – the collection of bacteria living in the gastrointestinal tract – plays a complex and critical role in the health of its host. The microbiome interacts with and influences organ systems throughout the body, including, as research is revealing, the brain. This discovery has led to a surge of interest in potential gut-based treatments for neuropsychiatric disorders and a new class of studies investigating how the gut and its microbiome affect both healthy and diseased brains.

The microbiome consists of a startlingly massive number of organisms. Nobody knows exactly how many or what type of microbes there might be in and on our bodies, but estimates suggest there may be anywhere from three to 100 times more bacteria in the gut than cells in the human body. The Human Microbiome Project, co-ordinated by the US National Institutes of Health (NIH), seeks to create a comprehensive database of the bacteria residing throughout the gastrointestinal tract and to catalogue their properties.

The lives of the bacteria in our gut are intimately entwined with our immune, endocrine and nervous systems. The relationship goes both ways: the microbiome influences the function of these systems, which in turn alter the activity and composition of the bacterial community. We are starting to unravel this complexity and gain insight into how gut bacteria interface with the rest of the body and, in particular, how they affect the brain.

The microbiome-immune system link is established early on. Over the first year of life, bacteria populate the gut, which is largely sterile at birth, and the developing immune system learns which bacteria to consider normal residents of the body and which to attack as invaders. This early learning sets the stage for later immune responses to fluctuations in the microbiome’s composition.

When a normally scarce strain becomes too abundant or a pathogenic species joins the community of gut bacteria, the resulting response by the immune system can have wide-reaching effects. Depression has been linked with elevated levels of such molecules in some individuals, suggesting that treatments that alter the composition of the microbiome could alleviate symptoms of this disorder.

Such an intervention could potentially be achieved using either prebiotics – substances that promote the growth of beneficial bacteria – or probiotics – live cultures of these bacteria. It is even possible that the microbiome could be manipulated by dietary changes.

In one experiment, researchers transplanted the human microbiome into germ-free mice (animals that have no gut bacteria) in order to study it in a controlled setting. They found that, simply by changing the carbohydrate and fat content of the mice’s food, they could alter basic cellular functions and gene expression in the microbiome.

Depression is not the only psychiatric disorder in which the microbiome may play a role. Research in rodents, as well as a few preliminary studies in humans, indicate that the state of our resident microbes is tied to our anxiety levels.

Germ-free mice, for example, appear to be less anxious than normal mice on behavioural tests of anxiety, whereas mice infected with pathogenic bacteria behave more anxiously. Interestingly, there seems to be a window during development when the presence of a microbiome leads to normal levels of anxiety in adulthood: germ-free mice that were exposed to microbiome bacteria at three weeks of age subsequently behaved like normal mice, whereas those exposed at ten weeks of age continued to be less anxious than normal animals. Like the data on microbiome-immune interactions, these findings highlight the critical role gut bacteria play early in life.

This research also reveals the complexity of the relationship between the microbiome and psychological state. Although the general trend is that fewer bacteria mean lower anxiety levels, it is not just the number but the identity of the bacterial species that determine how gut dynamics interact with mental state.

For example, adding beneficial bacteria through probiotic treatment may reduce elevated anxiety levels caused by inflammation and infection. A key factor in this relationship is stress and the way the body responds to it.

Researchers have shown that the presence or absence of microbes in young mice affects the sensitivity of the hypothalamic-pituitary-adrenal (HPA) axis – a key pathway in the body’s stress response system. The activity of the microbiome during development thus sways how we respond to future stressors and how much anxiety they cause us.

How do the bacteria in our gut wield such influence over our brains and bodies? The mechanisms of microbiome-host interactions appear to be as numerous and varied as the interactions themselves.

Gut microbes help break down food into its component parts, so the molecular building blocks available in the body depend in part on which bacteria are present to extract them. This can influence brain function by, for example, affecting the availability of molecules needed to make neurotransmitters.

Some gut bacteria can even alter neurotransmitter levels directly by converting glutamate – an excitatory transmitter – into GABA – an inhibitory brain chemical. And gut microbes, along with neighbouring intestinal cells, communicate with a branch of the nervous system called the enteric nervous system (ENS) whose neurons surround the entire gastrointestinal tract. This part of the nervous system is so sophisticated that many refer to it as the body’s second brain.

The study of microbiome-gut-brain interactions is still young, yet it is already spurring the development of new branches of medical research. At this rate, it is poised to become one of the most fascinating stories in neuroscience.