Tommaso Dorigo
Ever since experimental physics was a thing, the worth of scientists could be appraised by how carefully they designed their experiments, making sure that their devices could answer as precisely as possible the questions that crowded their mind. Indeed, the success of their research depended on making the right choices on what apparatus to build, with what materials, what precise geometry, and how to operate it for best results. 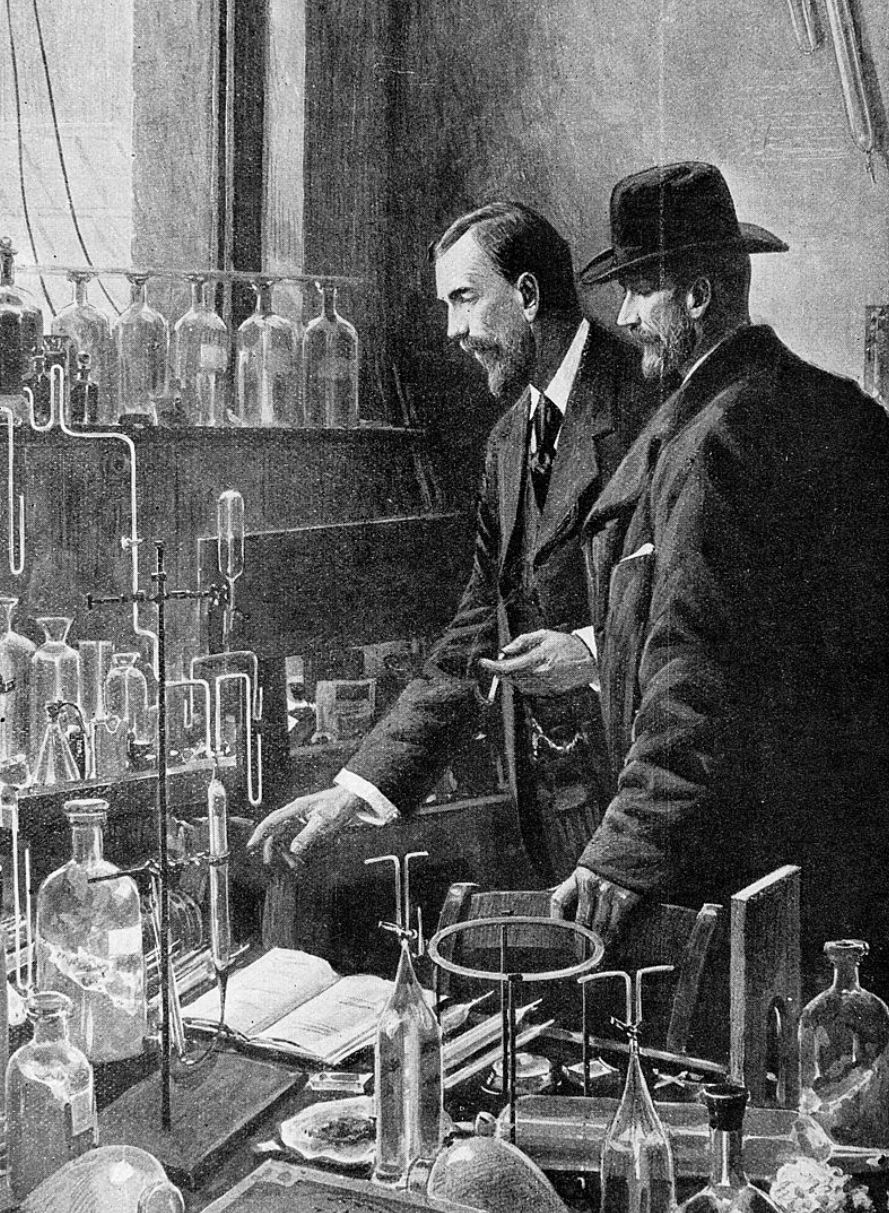 (Above: Ramsay and Pierre Curie in their lab)

Indeed, experimental sciences had for centuries a romantic flavor, as you could picture the scientist as a sociopath who would keep busy in his or her own laboratory, a secluded place full of mystery and unusual gizmos. That picture progressively changed during the 20th century, as science became a more collaborative activity and the cost and dimensions of the instruments needed to further it forced them out of the basements of private homes or small institutions and into well-equipped industrial laboratories.

Along with the progress of science grew the complexity of the experiments. Physicists continued to excel in designing apparatus that could perform amazing tasks such as detecting subnuclear particles or commanding them into pencil-shaped beams, and their expertise on what worked well in previous endeavours was always the guideline for constructing new, more complex instruments. Reliance on well-tested paradigms allowed the quickest turnaround from design to results.

It is important to note that those paradigms were both a blessing and a curse, because only by walking out of them can one discover more performing layouts, procedures, or instruments. And even more important, the focus of the construction of big detectors has always privileged robustness of the measurements they perform over absolute best performance at the final goal. For a good reason: subnuclear particles, e.g., are things we cannot go back and measure a second time if we are in doubt: they are gone long before we record our data. In summary, we have never been able to fully optimize a detector for the task we had in mind; we have only been producing good guesses of what could work well, as the full exploration of the high-dimensional parameter space of the possible solutions, and the identification of absolute optimality, has never been something we could pull off.

The problem is that we do have high-fidelity simulations to play with, but the intrinsic stochastic nature of the quantum phenomena at the basis of interaction of radiation with matter (which ultimately is what we leverage for our measurements) has so far prevented the creation of differentiable models, which are the basis of gradient-based searches for the extrema of an utility function.

But things have changed, as we are in the middle of a paradigm shift. Artificial intelligence (AI) is all around us, and simplifies our daily tasks with tools that perform language translation, image recognition, autonomous driving. Granted, that AI is application-specific, not general, so one could still take the attitude of writing it off as "just algorithms": computer code that does not invent anything anew. But the crunching of massive amounts of data that these algorithms can do does amount to their becoming "smarter" - and thus learn from experience, no less that we as conscious sentient beings do.

AI is revolutionizing many human activities, but in order to do so it requires us to create the right interfaces that allow it to make sense of our highly structured data. In particle physics and other fundamental sciences, we cannot use the software that drives vehicles or translates text: we are working in a very specific domain, and cross-domain versatility is still among the hardest problems. In addition, the narrow research use cases we are interested in are not going to generate revenue, so there is no hope that big companies will solve our design problems.

Yet a paradigm change in the way we design our experiments _is_ possible, and with the paper we published two days ago we are showing the way. The MODE collaboration (an acronym for Machine-Learning Optimization of the Design of Experiments) has laid out a plan of studies that will slowly but surely empower the scientific community with the capabilities to produce precise models of even the most complex experimental task.

A software pipeline which simulates all steps of the production of scientific results through the use of an instrument - from the data collection procedures and related physics, the pattern recognition, to the inference extraction - and is capable of navigating through the very high-dimensional parameter space of detector configurations, geometry, materials, and construction choices by employing differentiable calculus or surrogates of the derivatives of an utility function, may discover entirely new ways to perform the task, spending less money, using less time, and obtaining more precise results.

We do believe that the above is the future of experimental design, and the MODE collaboration has already started to produce proofs of principle of that modus operandi, in simple but relevant use cases such as the imaging of unknown volumes by cosmic ray tomography techniques, a thriving field of research and industrial applications encompassing geology, volcanology, archaeology, industrial process control, fusion reactors, border security - just to name a few.

So, I am very pleased to offer you a link to our white paper, a 110-pages document which I am sure will be a milestone for a future revolution in the way we design our experiments. If the era of the scientist in the basement has been over for a century, now is probably the time to start thinking at the way that business can be assisted by software that can look much deeper than us into 100-dimensional parameter spaces.
A Quantum Diaries Survivor
More Articles All Articles
About