Tommaso Dorigo
Last November 12 the city of Venice was flooded by the second-highest tide in recorded history. The sea level, pushed by 60 mph SE winds and intense rainfalls, surged to +187 cm above average, a mere 7cm less than the disastrous event of November 4 1966, which put the city and its surroundings to their knees.

Damage has been enormous, a couple of people have died, and anger has risen again against an administration of the region which was utterly incapable to bring to completion the "Mose", a system of moving barriers set on the water entrances to the Venice lagoon, which cost over 5 billion euros and was due to be completed over a decade ago. The Mose would have been unable to stop such an extreme event (it is rather designed to handle high tides of +120-+130 cm and not more), but it would probably have reduced the impact of the water, which formed impressive and powerful rivers in many of the city's calles, dragging boats over the walkways, destroying commercial outlets and homes. 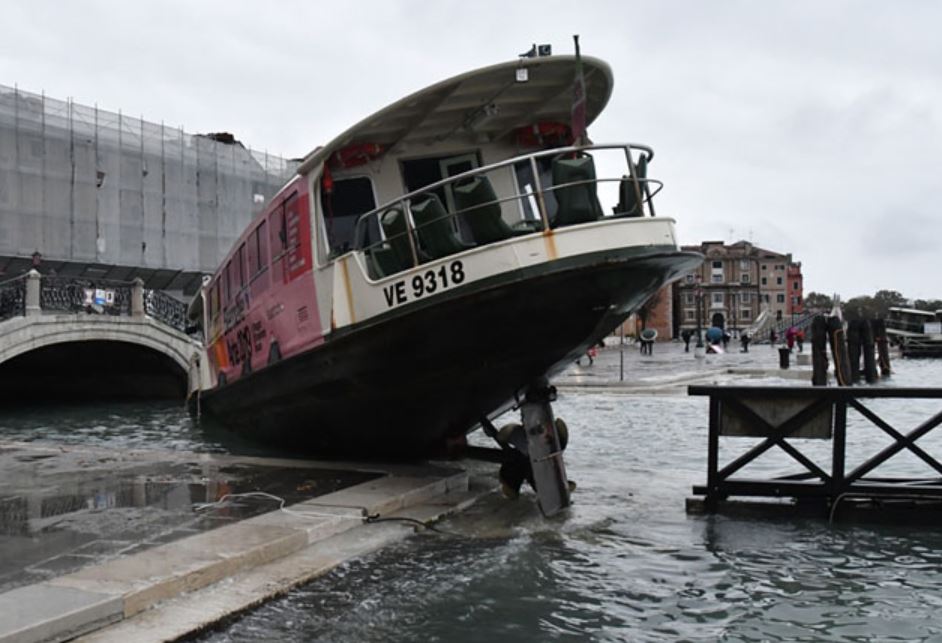 Ironically, the "Consiglio Regionale", the regional council of Veneto, was meeting that evening, and deliberated against new measures to counter climate change and other environmental urgencies literally minutes before the water broke through the bulkheads of the palace, breaking into the council room and flooding it, trapping the politicians in the building. The picture has been broadcast by CNN. 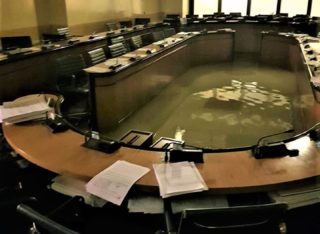 Today, in an hour (11.20 Italian time of Nov 15) a new exceptionally high tide is going to peak in Venice, with a forecast level of +160 cm, again a level with which most ground floor areas of buildings are unprepared to cope. You can see the forecast in the graph below.

I am especially sad for what happened to the library of the Venice Conservatory. The management of the Conservatory, which is housed in the second largest palace in Venice, decided a few years ago to move to the ground floor the precious volumes and manuscripts of its library, which was deemed too heavy to be hosted in the upper floor under the roof (but the palace has 7 floors and is very big!).

Of course, those documents and precious books must have only been considered a nuisance by the management, who is rather much more interested in hosting concerts and happenings, often renting the wide spaces for exhibits and glamorous events, and other more remunerative activities than to keep safe its unique cultural heritage. Alas, the word "Conservatorio" means "place where things are preserved", but this must have escaped them.

The result is in the pictures below - irreparable damage and unique documents  turned to goo. A hord of students and volunteers are now trying to save what can be saved, but the damage is done. This is even more irritating since in 1980, on February 16th, the very same thing happened, when a lower (+140 cm) high tide flooded the ground floor rooms where many documents and books had been stored for months, waiting to be moved to another building. In that event I was among the volunteers who saved some of those books from destruction - alas, the same ones that met their destiny in the event of the other day. 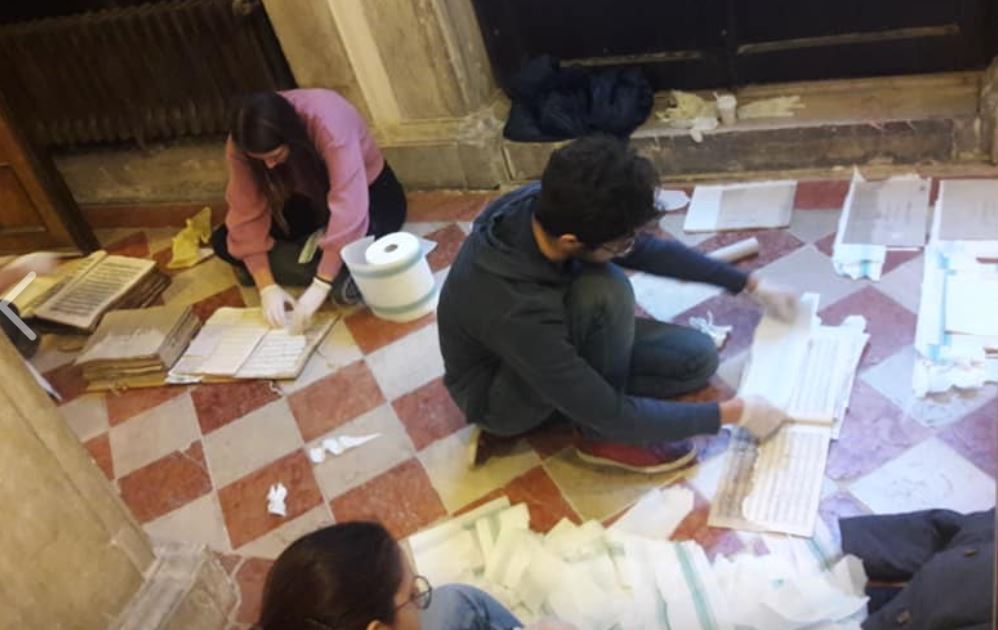 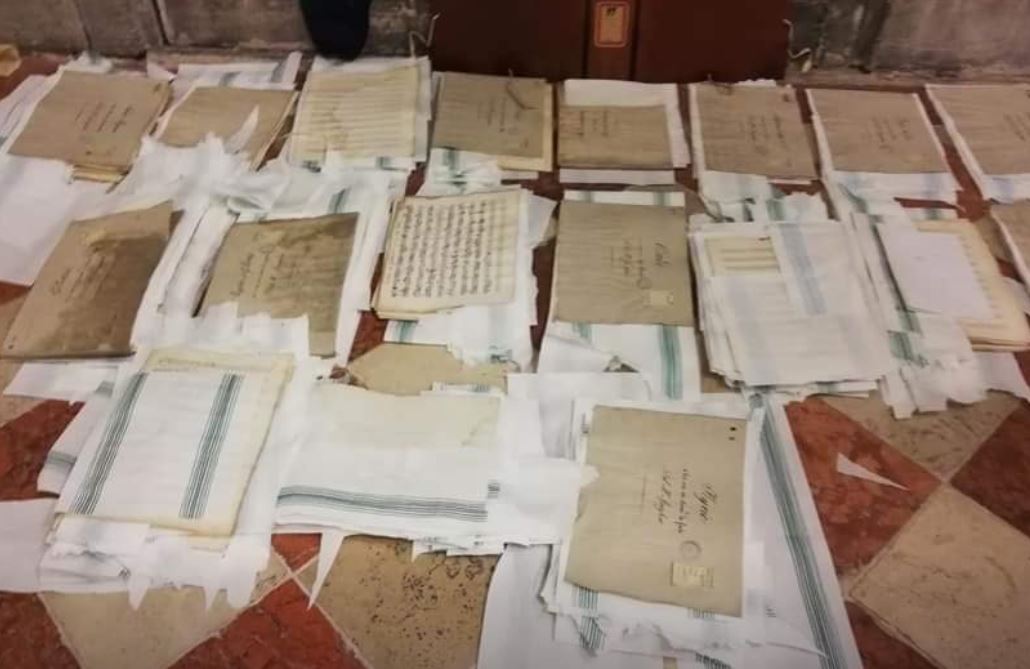