Yesterday, I enjoyed a stimulating tea that has been enjoyed all over the northern hemisphere for thousands of years. We prepared (see pictures below) and consumed early in the morning together with some nutmeg, after which we went shopping, exercised, played two rounds of basketball with a friend and some strangers in the afternoon, and suchlike little endeavors alternating every few hours with returning home, because yes, ephedra is a strong aphrodisiac. And we only drank a beer and ate some fruit all day, because ephedra is indeed a very good appetite suppressant, extremely useful if you want to lose weight.

From time to time, I like to present our poor US American fellows with a reality check on their delusions about being the defenders of the free world. What I just described can get you into jail nowadays if you do it in the “land of the free”; you have been warned. Brewing a cup of what is basically Mormon Tea* has been turned into extracting a dangerous precursor chemical. I am not sure exactly why, but it involves some mix of prison industry lobbying for more incarceration, pharmaceutical industry lobbying for criminalizing medicines that are not profitable to them [see for example the problem with Attention Deficit Hyperactivity Disorder (ADHD) and the “war on drugs” effectively denying treatment to the poor], and plain fear mongering to ensure a panicky populace supportive of more wars to hide real problems.

One victim is my good old friend the ephedra plant, which I have seen in many botanical gardens in Europe and the US. Once I found an Ephedra branch in a psychiatrist’s office, which resulted in an interesting exchange and an extra large prescription of goodies – all is well in white America if you are well off. Ephedra distachia, not the big leaves on the left and top, but the hard green grassy looking twigs.

Ephedra, known in China as 麻黄 (má huáng), this good old friend of all those in the know produces ephedrine: The total alkaloid content of ephedra is 1-3%, and ephedrine makes up 50-80% of those alkaloids. Plant sources can have quite varied concentrations, but 5g of medicinal ephedra can contain up to 100mg of ephedrine – a strong dose. Ephedrine only needs to lose a single oxygen atom, or “be hydrogenated”, to result in methamphetamine, one of the best cognitive enhancers: Alternatively, you can use oxidation via say potassium permaganate (KMnO4) inside a fridge in order to produce methcathinone – very easy, very pleasurable, smells very nice like pistachio ice-cream, and is also totally illegal in the US, though cathinone has been safely used for eons, namely when chewing khat, a plant that is also illegal now in the land of the free, which will be soon free of anything to do except for worshiping cars and guns.

This is all just the tip of an iceberg: My friend Ephedra and ephedrine are so thoroughly attacked, even Pseudoephedrine nasal decongestant has been demonized along the way. Incredibly stupid misinformation against harmless diet pills has been forced down our throats so that by now you can only buy more dangerous stuff like bitter orange that does not even work at all instead. The list of stupid goes on and on; my article here hardly scratches the surface of the issue. Thus, do not be surprised if you find the internet full of crap telling you how horribly dangerous and evil it is what I did. And it all started with a walk to the friendly corner pharmacy:

Here in China, you can buy large bags of dried ephedra plant at close to no cost and no fear of going to jail. Here you see my bag with the dried ephedra, four heaped tablespoons of which I put already into the head of the coffee grinder type thingy to the upper right, which I described when making nutmeg liquor (it is a soybean milk maker actually, but here I only use the chopper attachment, not the sieve): 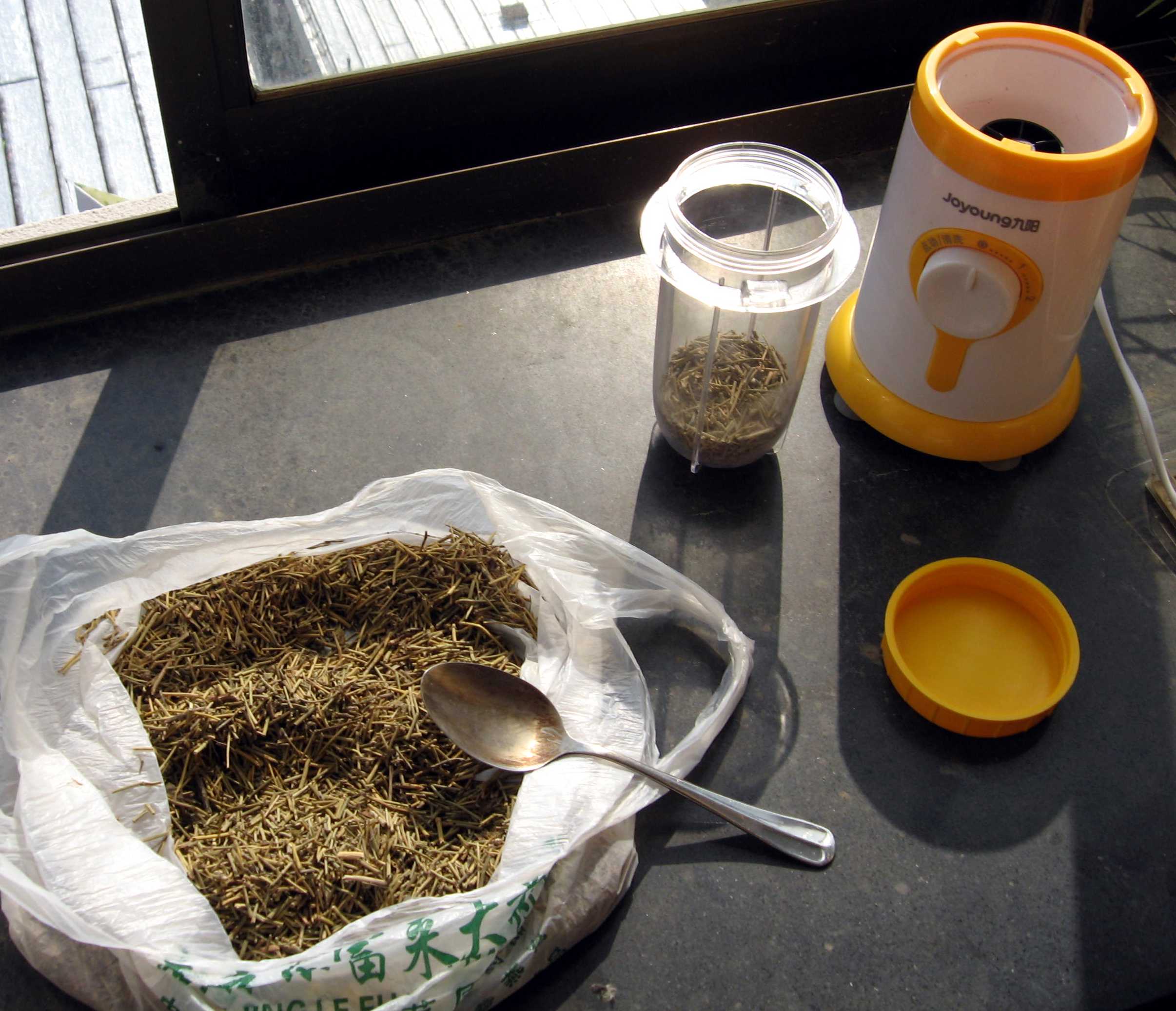 This is the plant material after chopping/grinding it and dumping it into a cooking pot: 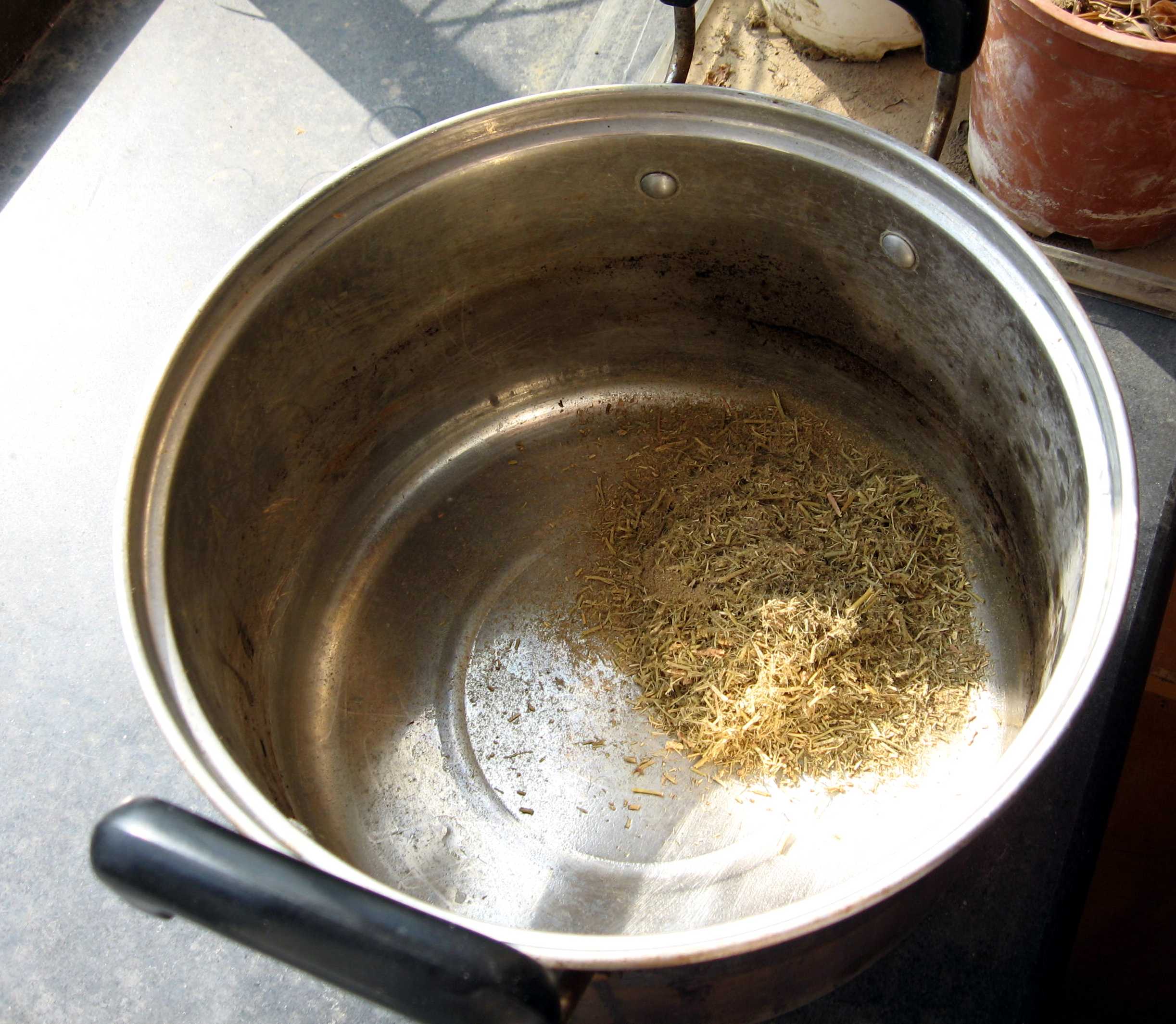 Add two cups of water and bring to a boil, then decant from the rough pieces after three minutes into a bowl, then wait a minute for the medium rough pieces to settle down, then start to get the tea from the top of the bowl and transfer it spoon by spoon into drinking cups or glasses: 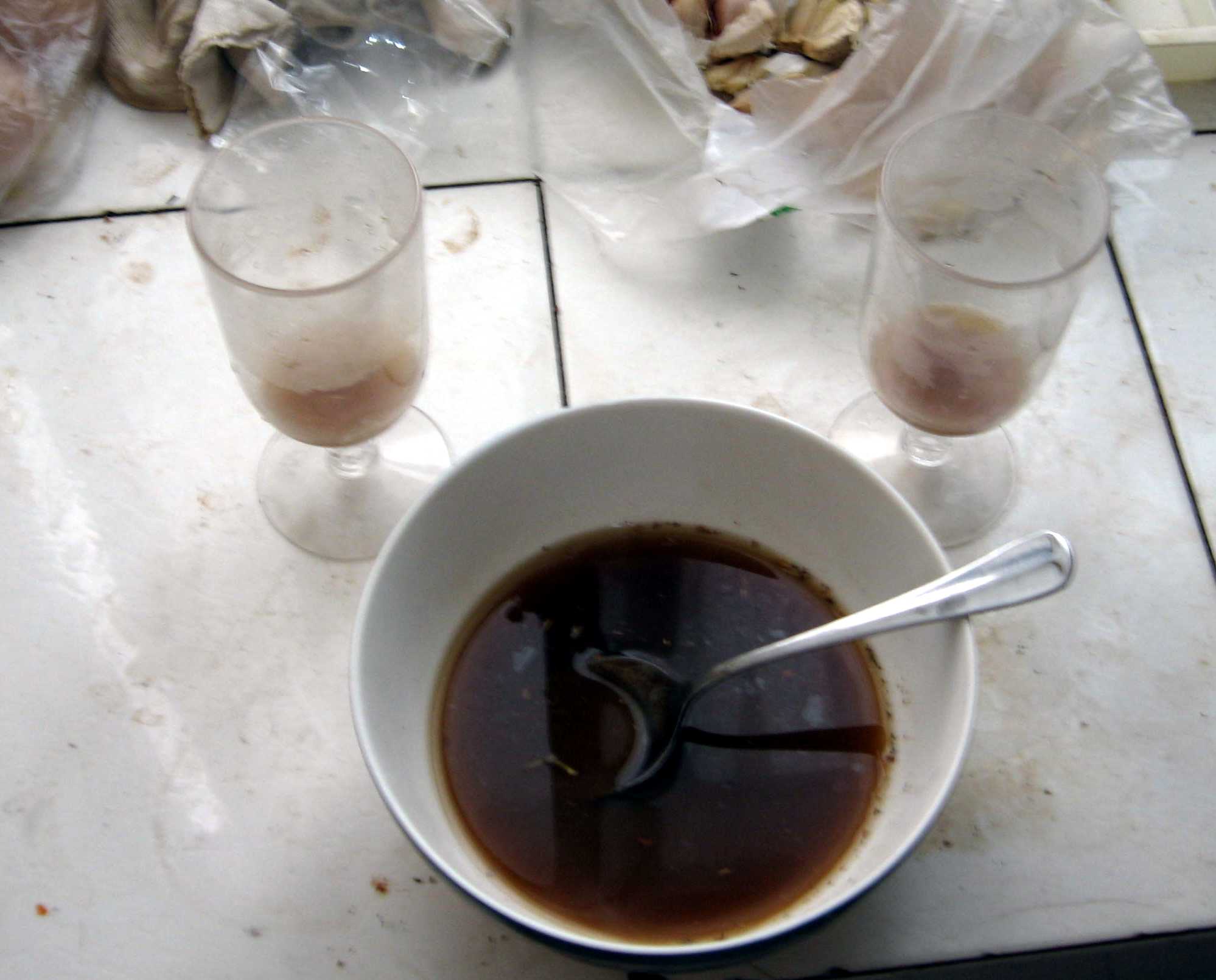 Repeat once or twice adding a cup of water to the pot, boiling, and decanting in order to get all the ephedrine out of the plant and into the cups: 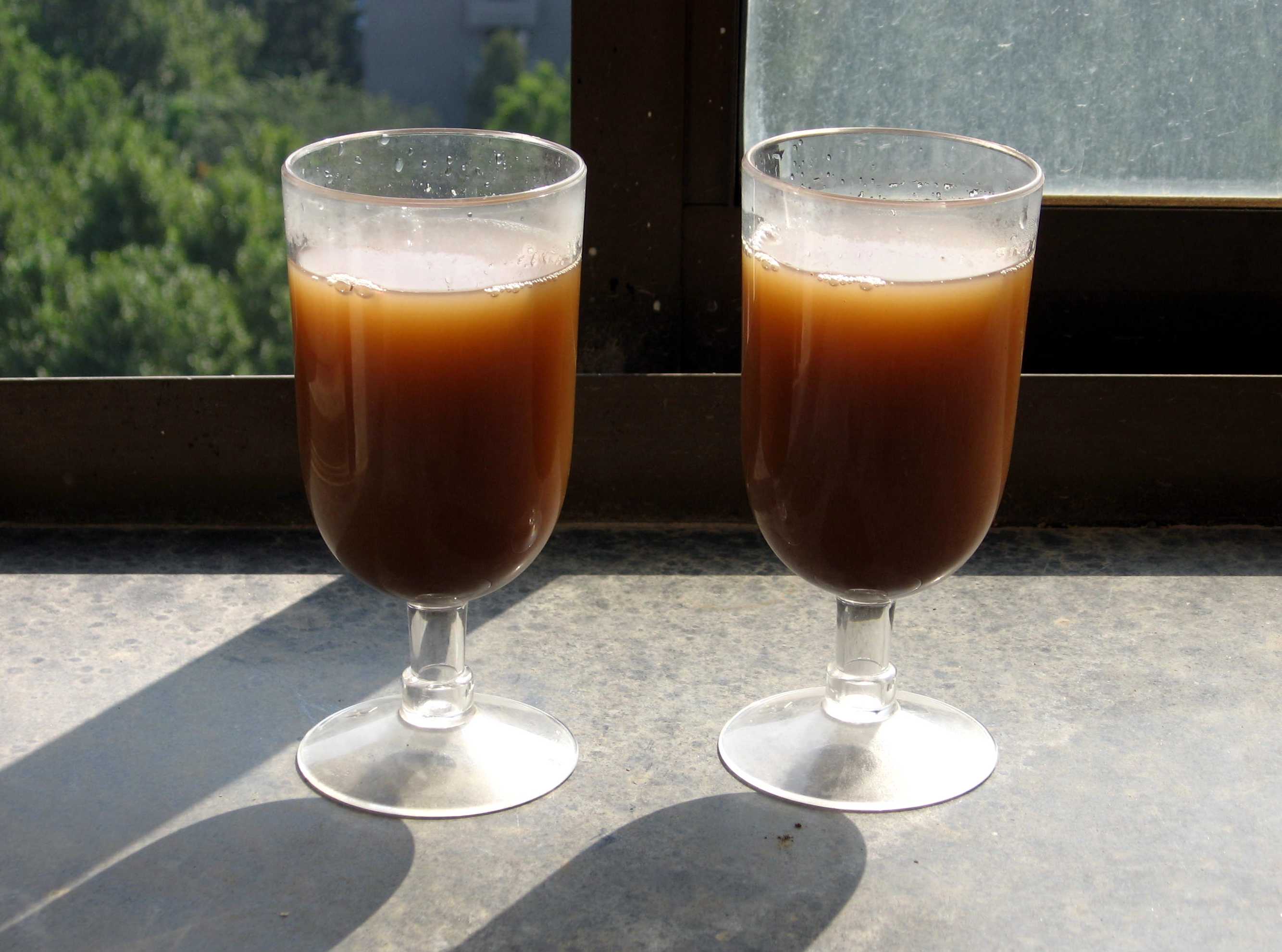 Ephedrine is bitter, but this extract is surprisingly sweet naturally. No need to add anything.

You should not take it very often though, because ephedrine is a cardiotoxic just like coffee. On the stimulant spectrum that starts from coffee on one end and goes to methamphetamine at the other, ephedrine is at the coffee end. In other words: ephedrine, just like the body’s own norepinephrine, interacts with cell surface adrenergic receptors and activates the sympathetic nervous system rather than the central nervous system.

But no fear, Starbucks won’t be illegal. Coffee is the worst; Caffeine addiction does not give much cognitive enhancement back in return for the heart trouble it triggers; the defenders of freedom perhaps deem such system stabilizing.

* Mormon Tea is made from American ephedra (Ephedra trifurca or navadenis or viridis), a close relative of the Ephedra sinica and distachia varieties. American ephedra contains much less ephedrine.