Earlier this week, former National Basketball Association star Lamar Odom was found unconscious in a Nevada brothel, after taking what the owner said was a large quantity of “herbal Viagra.” He is said to be near death at this time.

It may be little consolation for his family and friends, but this tragic development can serve as a cautionary tale for the American public, which has been systematically been fed lie after lie about the benefits of dietary supplements.

Thanks to the Dietary Supplement Health and Education Act (DSHEA) of 1994, courtesy of Senators Orrin Hatch (R, UT) and Tom Harkin (D, IA), so-called dietary supplements have been given a special niche.

The FDA defines a drug as “A substance intended for use in the diagnosis, cure, mitigation, treatment, or prevention of disease [or] to affect the structure or any function of the body.”

Since, by any measure, herbal supplements are intended to treat or prevent disease—something that is beyond obvious from the labels—it is reasonable to ask how this giant industry is selling drugs, the vast majority of which have never been tested, let alone even come close to the standards set by the FDA for approval of a new drug.

The industry is able to bypass the aegis of the FDA simply by using slippery language on their labels.

First, they are not permitted to make a medical claim, though they are able to imply medical benefit indirectly by using weasel terms such as “supports,” (example: “supports memory function,” or “supports prostate health”). To all people who are not scientists or doctors, supports equals treats, or even cures.

Second, a disclaimer must be put on the on the label  “This statement has not been evaluated by the Food and Drug Administration. This product is not intended to diagnose, treat, cure, or prevent any disease.”

Using any form of logic, it is obvious that these two statements are not only inconsistent, but, in fact, diametrically opposed.

This calculated wordsmanship was clearly the intent of Sen. Hatch, who has steadfastly supported the huge supplement industry in his state.

But, DSHEA has caused considerable harm, in three important ways. First, the FDA can only remove a supplement from the market after it has caused a problem, including deaths. Second, since supplements do not need to be tested before they are marketed, what is in the bottle is frequently unknown, in terms of composition, purity, and dose. Third, supplements perpetuate the myth that natural substances are safer than those that are man-made. This is entirely false, since some of the most potent toxins on earth come from plants. The net result is that people will gulp down handfuls of supplements, thinking that they are not taking drugs, when, in fact, they are doing just that.

Perhaps the biggest problem with herbal supplements is that they rarely work, that is, unless they are spiked with either an illegal drug (often a stimulant to promote weight loss) or a real prescription drug. Among the most common examples of the latter is “herbal Viagra”—exactly what Odom took before becoming ill.

If you buy anything called Herb Viagra or Black Ant King or any of the others you are being duped. There is no such thing as “herbal Viagra,” which is nothing more than a useless herb, unless it is combined with real Viagra—a practice that is clearly illegal. Or, sometimes an "aphrodisiac" called yohimbine is added. It is plenty toxic, and cannot be sold legally in any supplement.

It's toxicity is no surprise. It interacts with many receptors—not only yours, but maybe even the guy sitting next to you on the subway: 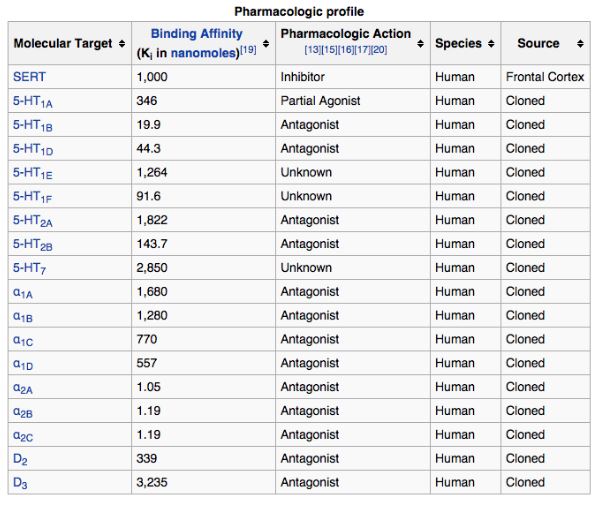 Although the full details of the mixture Odom took are not yet known, it is known that overdose of Viagra leads to dangerously low blood pressure, which in turn can lead to loss of consciousness and heart attacks—similar to the symptoms that Odom displayed.

Herbal or not, Odom took something that was very dangerous, yet was available because of a very flawed law and perhaps even criminal activity.

There cannot be a clearer example of the dangers of unregulated supplements. Perhaps this tragedy will bring this issue to light, and people may be a bit more careful before they consume untested drugs that are promoted by an industry that was created for profit, and uses marketing trickery to skirt real science.