The first ever weather station on an ice floe was North Pole 1, set up May 21 1937 by a team of Russians and manned by four heroes.  The record of that event shows that there was more ice in 1937 than today, it was thicker, and it extended down the entire east coast of Greenland.  But thick or not, once the floe moved into the Fram Strait it was in danger of breaking up.

Arctic conditions at the time were so bad that no less than five icebreakers were involved in a chain of events when three of them got trapped in the ice.  The Malygin, Sedov and the Sadko - formerly SS Lintrose - became trapped in ice in a region near the New Siberian Islands. 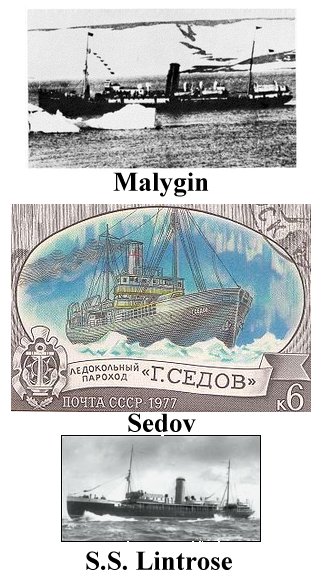 The three ships became trapped in the summer of 1937.  Due to extreme conditions it was April 1938 before crews could be rescued.  It was August 28 1938 when two ships - the Malygin and Sadko - were freed from the ice by the icebreaker Yermak. 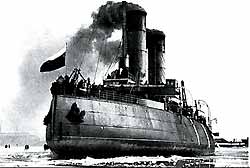 The third ship - the Sedov - remained fast in the ice.  It had originally been equipped for scientific research and so it was used as a drifting station.  It was finally freed from the ice January 18 1940 by the icebreaker Joseph Stalin, having drifted to an area between Greenland and Svalbard.

North Pole 1 - also known as North Pole Camp - was the world's first North Pole ice station.  During the 1930s there was intense research by the USSR aimed at discovering as much as possible about the Arctic.  The major experiment of the period was North Pole 1.  The intention was to study the Transpolar Drift.

The base was set up and supplied by air, using a total of eight aircraft.  The four main transports were type ANT-6-4M-34R Aviaarktika, Tupolev TB-3s modified for the Arctic expedition. 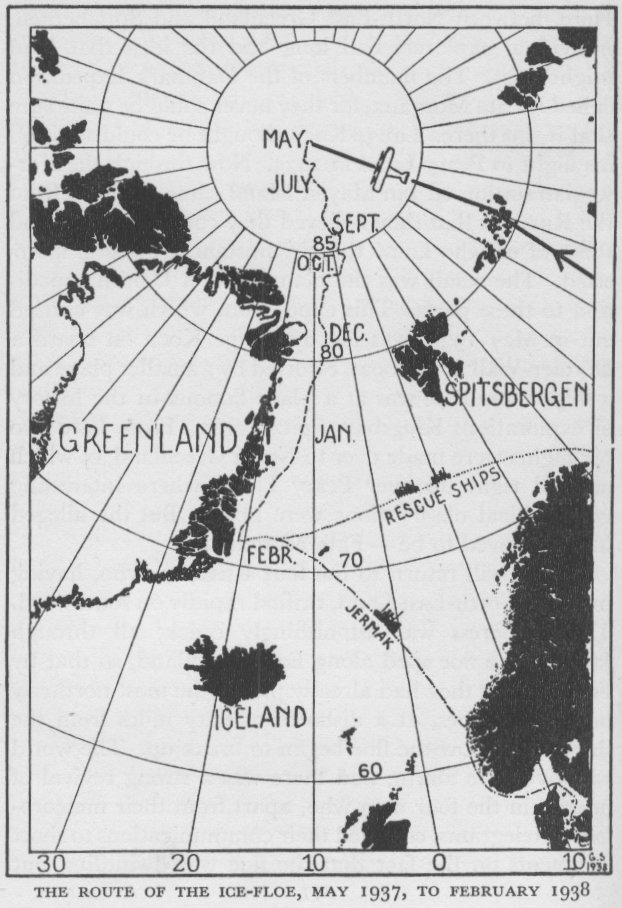 1,770 mile route of North Pole 1 in the Transpolar Drift


The main purpose of the expedition was to confirm the existence and track of the Transpolar Drift.  The four man expedition consisted of leader  Ivan Papanin, hydrobiologist Pyotr Shirshov, geophysicist  Yevgeny Fyodorov  and radioman  Ernst Krenkel . 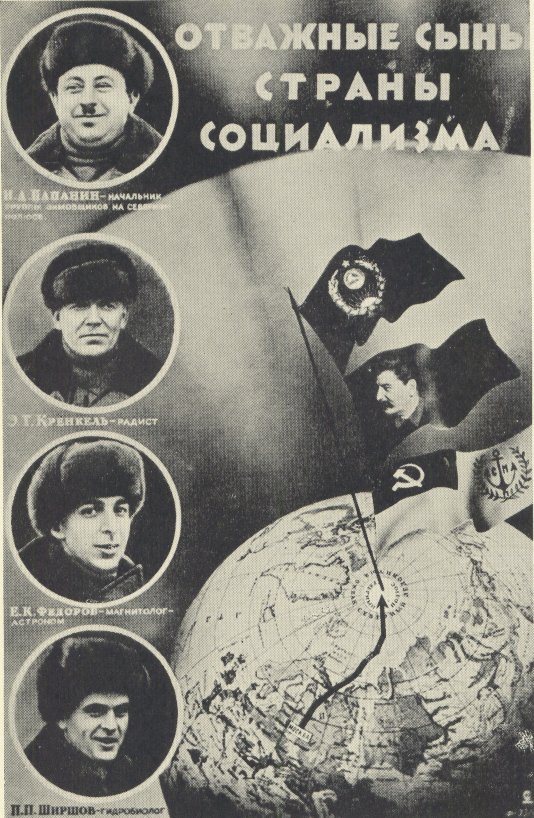 The four men spent the days from May 1937 to February 1938 living in a tent 7 x 7 x 10 feet in size.  The next picture shows the tent before it was protected from the ravages of the Arctic with walls of snow. 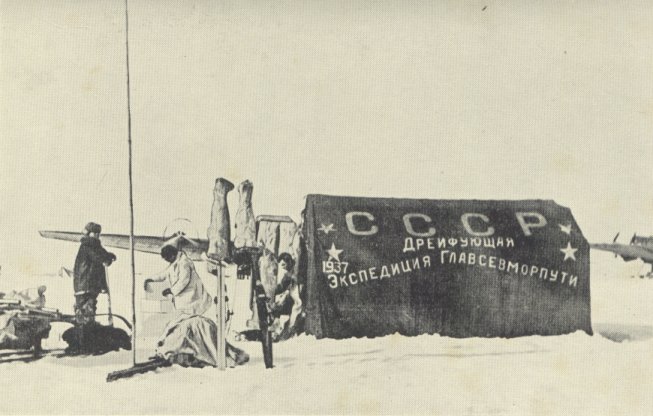 On February 1 1938 the floe began to break up - about 60 miles off Greenland just north of Scoresbysund.  Many people were involved in the rush to reach the men before the floe broke up.  Tragically, an early rescue attempt by airship ended in loss of life.  On 5 February 1938, the Osoaviachim - defense assistance society:aviation  V6 airship collided with the high ground about 175 miles south of Murmansk. Of the 19 people aboard, 13 perished. 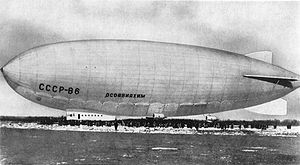 A small fishing boat - the Murmanetsk - set sail to assist the ice station team, but became
ice-bound near Jan Mayen Island and then drifted helplessly south of the ice station.  The icebreakers Taymyr and Murman set sail from Murmansk and managed to reach within 25 miles of the floe.  Planes were sent out one of which managed to land near the ice station, but the team refused to leave without their instruments.

The two ice breakers Taymyr and Murman plowed on through the pack until they reached within a mile of the ice station.  At this point there was a celebratory procession from each ship over the ice to the four heroes.  Meanwhile, the icebreaker Yermak which had proceeded from Leningrad - modern Saint Petersburg - to assist in the rescue of the four men went instead to the rescue of the would-be rescuers in the little Murmanetsk.


All told, there were many heroes and many stories of great courage during the years 1937 to 1938.  Not just the USSR but just about the entire world celebrated the rescue and the scientific achievements of these heroes.  Yes, heroes and no exaggeration.  What else would you call four men who faced the great unknown at the North Pole in the pursuit of science, and the many who rushed to their rescue.

In human affairs it sometimes happens in efforts to save lives that more lives are lost than those originally at stake. That is what happened last fortnight to Soviet Russia.
http://www.time.com

.
[1] - different sources give slightly different dates for the last plane to leave.


All images used are believed to be out of copyright and in the public domain.