Tweet
It is sort of forgivable if the wacky head of the Crossfit company claimed Coca-Cola causes diabetes because at least it has calories. And if you consume too many calories, be it in the form of Coca-Cola or salad, you will get fat. And being obese is the number one risk factor for Type 2 diabetes.

Welcome to epidemiology, where anything can be linked to anything and, if you can claim statistical significance, turn it into a paper you hope science will one day show to be true.

A recent paper claims that people who sleep in a room with artificial light - but not natural light - have a 28% greater chance of getting diabetes. If that sounds as crazy as claiming Mexican sugar will give you diabetes but American sugar won't, yeah, there is no plausible biological mechanism for any of it, it is just correlation. 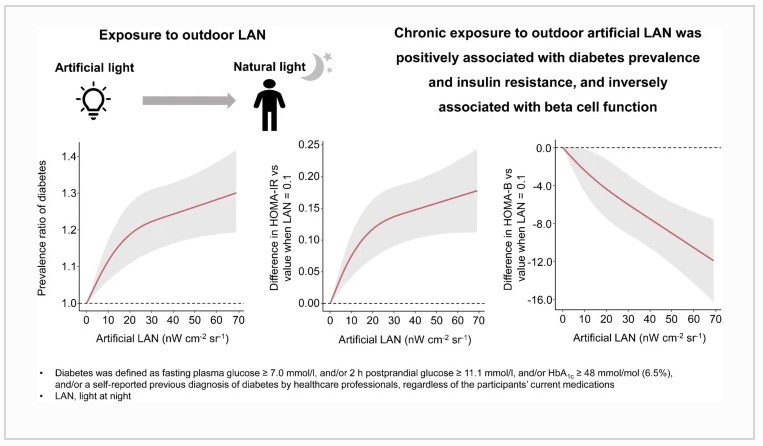 Statistics experts hate statistical significance. Scientists hate it. I was a signatory on a paper in Nature asking every journal to stop using it as their default for 'this checks out' - because it does not work that way. You can bet disease epidemiologists hate it, because when COVID-19 hit and they want to be heard, the public lumped them in with the Harvard School of Public Health, Ramazzini Institute, and IARC claiming every food they didn't like might cause cancer.

The data were just over 98,000 people in China, and maybe it was really funded by a sleep mask maker, it's China, you'll never know what the truth is in a communist dictatorship. It found that “people who lived in areas of China with high light pollution at night were about 28 percent more likely to develop diabetes than people who lived in the least polluted areas.”

So the moon doesn't give you diabetes, but a nightlight does. I can't wait to write the amicus brief when the Supreme Court has Center for Biological Diversity claiming that Big Nightlight is ruining American health.

Just so you know, the confounders in the paper are too numerous to count. Unless you believe American sugar causes diabetes but Mexican sugar doesn't, or the other way around. In either case, someone at Mother Jones of Huffington Post will want to interview you.