Tweet
I recently watched the History Channel show "Alone" and for all but one season(1) it is just what it sounds like. They take 10 people and throw them into a difficult situation where they have to survive alone.

Like many survivalists, they are lessons in contrasts. They all bring with them the most advanced technology they can afford while name-dropping north American tribe names for simple stuff man has been doing for 40,000 years. And when they are not doing it, the editors are, using thought bubbles. Want to butterfly your catch on a stick? They claim a tribe in the American pacific northwest invented that even while the participants were sitting in Mongolia, where an army of 200,000 tore through the mid-east, Europe, and Asia doing just that over fires in the same area 700 years earlier. Which means likely thousands of years before that.

Anyway, they all speak mumbo-jumbo about being in touch with the land while they snuggle in synthetic sleeping bags and cook over flames their ferro rods started but what none of them thought to do was make a knife out of ... poop.

Yet just-so stories, sorry "ethnographic accounts", of an Inuit man who made a knife from his own frozen feces to get away from being forced to live in the city has long been taken at face value. And anthropologists didn't say anything because they didn't want to disrespect the Noble Savage mystique of indigenous peoples.(2)

There is a well known account of an old Inuit man who refused to move into a settlement. Over the objections of his family, he made plans to stay on the ice. To stop him, they took away all of his tools. So in the midst of a winter gale, he stepped out of their igloo, defecated, and honed the feces into a frozen blade, which he sharpened with a spray of saliva. With the knife he killed a dog. Using its rib cage as a sled and its hide to harness another dog, he disappeared into the darkness.

Finally, some midwestern anthropologists and archaeologists seem to have been unable to take it any more. They were so into affirming or disproving this that first author Metin Eren adopted the Arctic diet and then they made knives from his poop. Because this was actually a pretty good study they got Michelle Bebber to donate her regular diet poop for control knives. They even sharpened the frozen poop knives. Those things didn't cut anything. Not hide, not tendon, they could barely scrape fat without turning to shit. 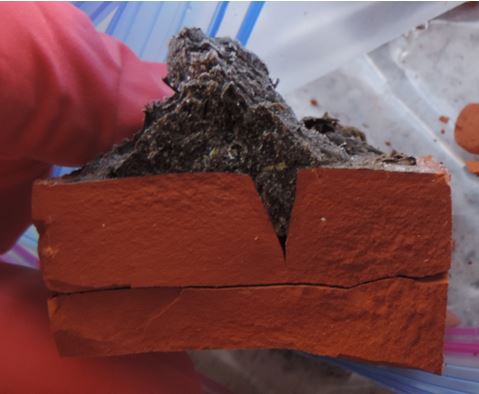 The most likely explanation for the story about the guy crapping in his hand and making a knife was always probably a desire to see how gullible white people from the city are. Which means they have probably been laughing as it's been repeated for the last 70 years. 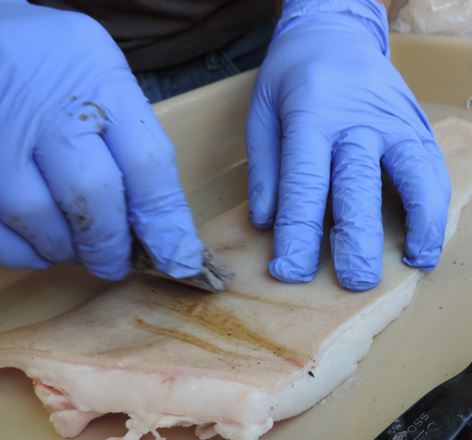 But the authors take it more seriously, because they have to try and find fact in cultures that didn't write anything down:

"While the narrative that indigenous and prehistoric people are technologically resourceful and innovative is widely supported, these narratives suffer when an untested claim is used to support it. If one untested claim is used to support a stance – even if that stance is otherwise supported, ethical, or just – then there is no logical reason why a second untested claim cannot then be invoked. The use of untested claims then becomes the norm, and can be used to support stances that are beneficial to society, as well as those that are harmful. Anthropologists must actively seek out unsupported claims, assumptions, rumors, and urban legends, and by testing them ensure any narratives that follow are as sturdy as possible."

Translation: Don't be so gullible, academics.

(1) Season 4. Don't bother. The showrunners must have given up at that point because it involved dropping two family members 10 miles from each other with a bearing and a compass and making them find each other, where they would then be very much not alone. It's the only season I skipped after the second episode.