The Detox Project Hopes To Get Rich On Deception The Way Non-GMO Project Has
By Hank Campbell | November 19th 2019 07:32 AM | Print | E-mail

Tweet
Want your food to contain a toxic chemical, as long as it's been given a wink-wink approval by industry lobbyists, trade groups, and manufacturers?

Of course not, yet that is exactly what you get when you buy Organic food. Inside USDA, the Organic industry has carved out a special niche for itself and it knights 80 groups that can sell organic certified stickers, allowing them to simultaneously monitor their clients while taking money from them and being reliant on selling stickers. Can you say 'conflict of interest'?

Yet some companies want to add even more stars to their Sneetches, and Non-GMO Project has provided the perfect business model. Though there are GMO versions of less than a handful of foods, Non-GMO Project has sold its stickers for over 61,000 products. And other groups want a piece of that holistic free-range gluten-free fair trade pie.

Enter The Detox Project, which will sell you a Non-GMO label, except for pesticides. But only certain pesticides; namely those not used by their clients. Want your food to be certified Glyphosate-Free while waving your Jedi hands and telling customers 'Copper Sulfate Is Not The Pesticide You Are Looking For'? Now you can. a processed oats company called Brekki can even help show you the way.

Brekki can show you how to make oats without glyphosate! Farmers know you don't actually need to make oats or anything else with glyphosate, it is a weedkiller, but smart people are not the target market, rich, dumb people are. If you follow their careful recipe - take oats and add in nut juice, chia, flax and buckwheat seeds, some spices, let it fester overnight, voilà, you are an organic chef.

You might be thinking 'I don't need to pay $3 a cup to do any of that' and while I agree, I also know Bisquick is somehow a multi-million dollar product so if there is a place where people who don't have any knowledge do have money, a marketing group will find it.

For those skeptical that they need to pay $3 a cup for oats and nut juice, they have the 'you won't get cancer' hook. You will never get cancer because The Detox Project has certified that it is glyphosate-free, and TV lawyers on infomercials don't lie so a weedkiller must cause cancer. Look, they pay to be on TV finding clients willing to pretend they evolved a shikimate pathway and our pesky science just hasn't detected it outside the astral plane or something, so they must be right. 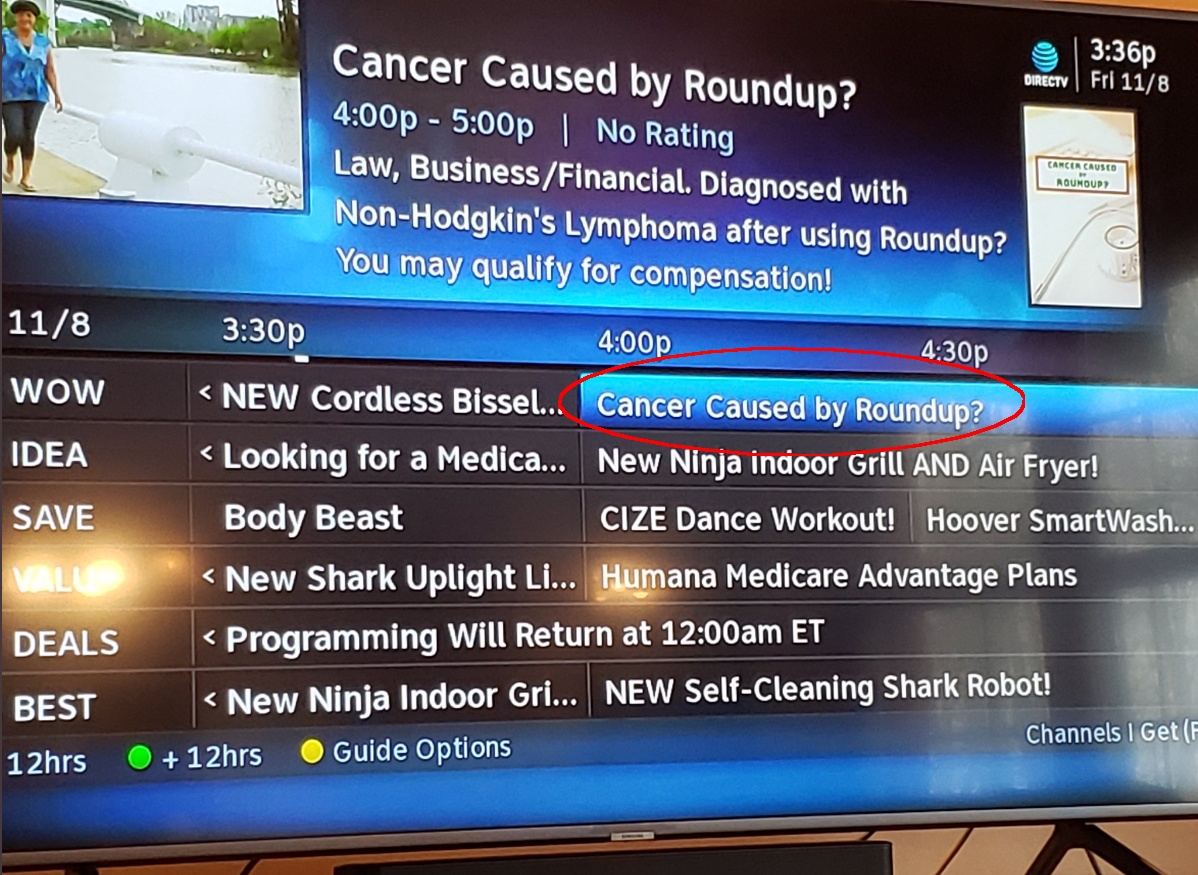 If you aren't familiar with Detox Project, they are one anti-glyphosate version of Non-GMO Project, hoping to bank some money the same way. The founder was a progressive journalist (naturally) that hates science (naturally - except global warming, they love that one), so he brought in a fellow white guy that claims to be an expert in Ayurvedic alternative-to-medicine, who thinks patterns and colors can cure diseases. Given that outstanding level of scientific expertise, it makes perfect sense that they think charging for a sticker to claim a product was not grown using one particular chemical makes it health food. 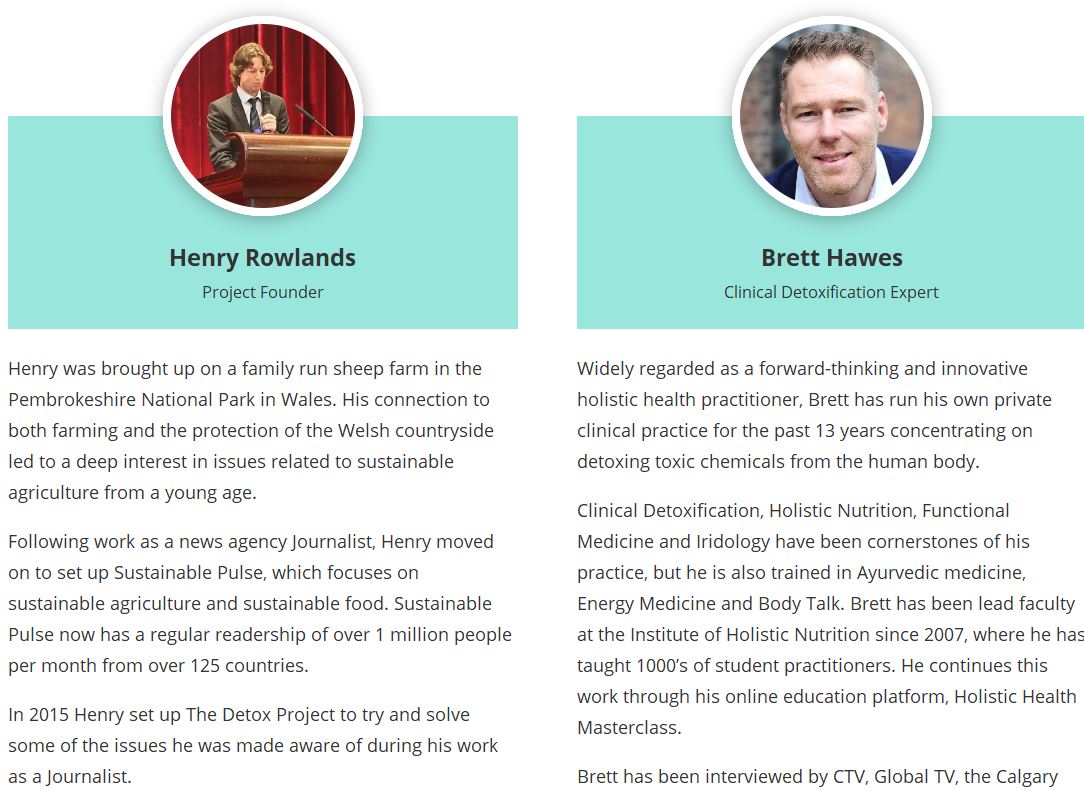 I suspect journalism was only a way to do activism anyway.

Rowlands is a big fan of retracted and discredited anti-glyphosate activist Gilles-Éric Séralini, he devoted his website Sustainable Pulse to defending the now-debunked claims even though  Séralini was funded by corporations and even managed the publicity for the press tour. He hosted and managed pro-Séralini astroturf websites. He also turned his guns on Nutrition Professor Michelle McGuire when she debunked Moms Across America and the lab they paid to claim could detect glyphosate in breast milk.

And yet Rowlands thinks copper sulfate is okay, despite its very high relative toxicity (but relax, it's only relative, EPA is not really putting you in danger with organic pesticides any more than they are atrazine or BPA or glyphosate or caffeine.) Rowlands likes it because it has been certified by the NOSB, composed of the industry lobbyists and corporate reps I mentioned in paragraph one. If his clients like it, he likes it, if they hate it, he hates it. He is a literal denier for hire. 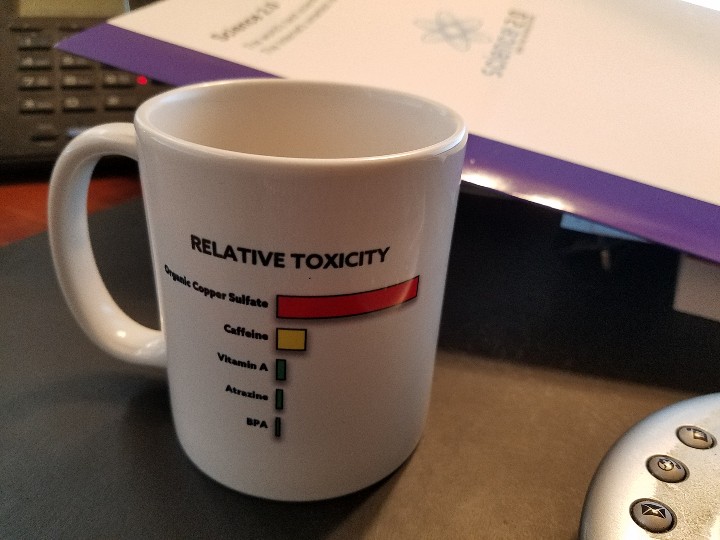 We don't sell these but we give them away for free to $100 donors. If you support non-profit, plain-speaking science outreach, you can send a tax-deductible gift at the link.

It's no surprise he came up with a new way to weaponize his fetish against the science community.

And he got a customer! Brekki founder Grey Peyser also thinks glyphosate is killing people. Literally, he says he wants to get rich by helping us “understand the stuff that is actually killing people” and not having it in his processed food.

The EPA, EU, etc., and every scientific body worldwide (statisticians consulting for Environmental Working Group and other legal groups inside IARC are not included as scientific) disagrees with his claim but lawyers like the ones above, at Center for Food Safety, Center for Biological Diversity and more, plus organic industry activists like those running students into debt at the New York University Arthur L. Carter Journalism Institute, are willing to pretend he is smart and let him do their work for them.

You may think twice, though. If he botches the science of agriculture this badly, how can we trust anything in his food? The Detox Project is a mercenary organization hoping to sell woo, so at least we don't have to think they are actually dangerously stupid, but Brekki is selling refrigerated products. If he knows food as well as he knows chemistry, toxicology, and biology, I'm worried about customers vomiting in Whole Foods aisles.