Hank Campbell
The American Academy of Pediatrics is a rather reflexive group much of the time, so it seems bold for Pediatrics, the in-house journal for an organization that tried to argue kids should not be allowed to even walk to school until they are age 10, to take the position that children infrequently transmit COVID-19 to each other or to adults and that most schools can and should reopen in August.

The authors of the op-ed, including William V. Raszka, Jr., M.D., an associate editor of Pediatrics, note that a handful of studies have reached a consensus on COVID-19 transmission and kids. But the study groups are so small it's a surprise a staid organization that often gauges the political wind before taking any stance, held up a dataset of 39 Swiss children infected with COVID-19. They say contact tracing, which is not as flawed as food frequency questionnaires but still not how you make life or death decisions for your grandparents, showed only three led to illness in adult household contacts.

And no one should trust anything out of China. They lied about COVID-19 existing at all, they arrested people who noted it did, they lied in claiming it could transmit human to human, and have since lied about how many cases and deaths they've had. But AAP still invokes a dataset of 68 kids from February in China showing 96 percent of kid cases were caused by adults. In France, one child with COVID-19 exposed 80 others but only one got the disease, and it's unclear if it was due to the other child, given the weaknesses of contact tracing. 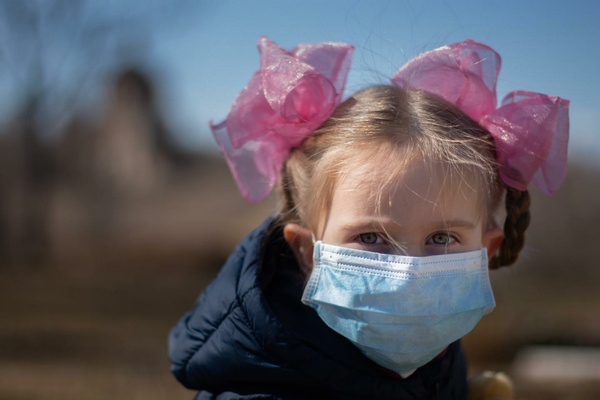 What about Texas, where over 400 kids in nearly 900 locations got it? That could also be from adults, since 894 adults had it, they note. But it could also be from kids. Yes, kids are unlikely to get it, I'll bet the numbers in the broader public are even lower than in those papers, but to believe kids are not carriers of a virus is to believe in magic. Schools are disease factories because there are so many kids transmitting so many germs.

"The data are striking," said Dr. Raszka in their press release. "The key takeaway is that children are not driving the pandemic. After six months, we have a wealth of accumulating data showing that children are less likely to become infected and seem less infectious; it is congregating adults who aren't following safety protocols who are responsible for driving the upward curve."

What is striking is that AAP allows anyone in their ranks to buck convention this way. They were once a pretty practical group but many of their stances in recent years feel like they were drafted by a committee of people doing little actual pediatric work, and agreed upon because that really loud guy at the table wouldn't stop shouting about his pet cause until he got agreement.

Epidemiological models have been uniformly wrong, a cultural reckoning the field has had coming for decades. Even the epidemiologist who set off a firestorm in the UK projecting 2,000,000 deaths didn't believe his own claims; he ran off to see his married mistress multiple times while appearing on TV telling everyone they couldn't go on dates. So can we trust them when it comes to social distancing and masks? Sure, even a blind squirrel finds a nut once in a while,  and masks and social distancing have a lot more proof than statistical correlation, but do we realistically expect kids to endure masks in the summer heat?  The authors argue that schools in other countries have reopened without an increase in cases, but that isn't real data. Japan never really bothered to test for the disease, they treated it like the flu, so their cases only look low.

What is the more fuzzy-wuzzy reasoning we've come to expect from AAP is their trotting out the social development hypothesis; that kids need to be in school or else their social growth would be stunted. That's always been a weak argument. Did kids 150 years ago develop no social skills because they rarely went to school? Are the Jonas brothers stunted because they were home-schooled? Is it important for kids to be bullied about their weight, appearance, or clothes in order to develop normally?

In many cases, at least when it comes to quantifiable issues like chemistry, biology, and toxicology, I argue we should trust the science and not junk correlation. And I am extra-suspicious of junk correlation when it comes to coronavirus, since a lot of journalists and scholars hate President Trump more than they love the scientific method, but AAP is flying in the face of wisdom here. Yes, coronavirus is in the same family as the common cold, and yes for 99.7 percent of kids it will be a non-issue, or like a cold, but we have not kept kids out of school because of concern about them, it is out of concern about spreading to seniors and those with greater risk factors. Nothing AAP shows changes any of that.
Science 2.0
More Articles All Articles
About