U.S. Right To Know is a small marketing group devoted primarily to endorsing the organic food process and undermining conventional agriculture. Nearly 100 percent of their funding comes from organic food companies, and they seem to believe that for organic food to be cost-effective, regular farming has to become more expensive. (1) Like Sourcewatch, Mother Jones and a few others, they are what the science community calls Deniers For Hire, the junkyard dogs of politically partisan anti-science groups. They hate farmers, and they hate affordable energy, but they hate scientists and doctors most of all. (2)

Now, they are not paid to be ethical, they are paid to get results for their clients, so since they are stuck blogging on Huffington Post we can't really be surprised they are demanding that America's large newspapers stop publishing articles by our scientists and doctors - unless newspapers give their screeching about chemophobia equal time. The press release I saw (yes, unlike us they actually have to pay to be read) pleaded to USA Today to ban us, but it's reasonable to assume they also tried to suppress freedom of speech at Wall Street Journal, the New York Post, the Economist, BBC and lots of regional newspapers where we have written recently. (3)

We note that financial documents obtained by Mother Jones show that ACSH has received funding from tobacco, chemical, pharmaceutical and oil corporations.

First, if you are a scientist, the question you have is, so what? Go to an American Heart Association conference, or AAAS, or any large science and health non-profit and there will be corporate donors everywhere. Ironically, if you also go to the USRTK website they proudly proclaim that 97% of their revenue is from corporations. Maybe they are paid shills for corporations, so they assume everyone in science must also be.

What about their claims? Again, most scientists want funding wherever they can get it, and as long as there are no strings attached they will take it. ACSH was founded by scientists and we've had numerous world-famous people on our advisory board. None ever expressed a concern about funding. Tobacco companies have been rightly vilified, and for good reason, but a decade ago they decided to do what we had been telling them to do for our entire existence - get out of the cigarette business. We have long embraced smoking cessation and harm reduction tools (gums, patches, vaping, chew, snus, whatever) to stop addicted people from inhaling 200 toxic chemicals per death stick. 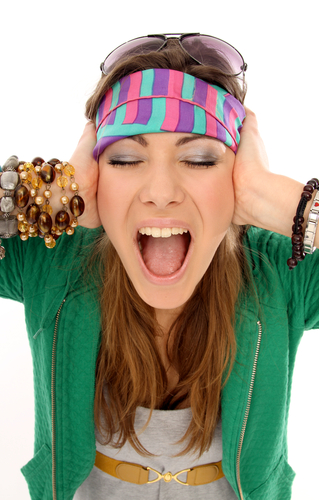 Why would a group claiming to care about the public when it comes to food science endorse keeping a tobacco company in the business of selling cigarettes? Yet that is what their naive attempt at promoting fear and doubt about our work is accomplishing. If you ban the groups opposed to cigarettes...well, you are not an environmental activist so you can figure it out.

So tobacco companies finally did something useful with their money and gave us an unrestricted grant to help fund our smoking cessation programs. What have we never backed off on? Criticizing cigarettes. It was a grant, we don't get funding from them now, but that money funded a lot of other valuable projects and we made no secret of their involvement. Chemical companies? Where? I totaled up the last four years and the donations from people who are involved with chemical companies total 1% of our budget. Pharmaceutical companies are zero. Oil companies, zero. Now, I confess I can't be completely sure of the zeroes, because donors don't have to disclose where they work, but if 10,000 employees at Chevron were secretly donating small amounts to equal a large amount (4) I think I'd know it by now. (5)

So the groups they list total less than the 3% of USRTK donors that are not corporations. Why would any editor with critical thinking skills pay them any attention?

I get that organic food marketing groups are trapped in the 18th century regarding food production but I hope they would have embraced modern literacy by now. If they have, and if they really want to try and claim we are a "corporate front group" without looking like the anti-science equivalent of an Obama Birther, they should be able to find some evidence that any of our work was ever manufactured for a donor in our 39 year history. But they can't, no one can, it never happened, and so the best they can do is repeat the old claims of a fired employee who cobbled together readily available documents and gave them to a partisan magazine that exists to engage in politicization of science. (6) Go to the Mother Jones site right now and the place is littered with ads for organic food and bogus supplements. No wonder they hate us. And the last time I checked 84 percent of Mother Jones revenue was dark money, they don't disclose where it comes from, they even created a parent foundation just to launder corporate money so Mother Jones employees can claim they don't take any.

The only thing sillier than asking media outlets to ban scientists and doctors is thinking that the vacuum remaining would lead to newspapers filling it with anti-vaccine, anti-energy and anti-GMO nonsense produced by these activists. Sorry, it won't, that crap can get published in The Hill or HuffPo but not any place where people pay to read good content.

Hey Gary Ruskin, you run US Right To Know so I will make you an offer. I will trade all of my corporate grants from the last four years for 50% of your corporate funding from just last year. With the profit, I can hire another scientist and you would know you finally did something useful with your money, just like tobacco companies once did. Let me know if you want to take me up on that deal, or if you are just going to continue to whine because the American public wants to read the work of scientists and doctors while you remain trapped on the activist fringe, pleading for legitimacy.

(1) At least they believe that, actual trade experts would show them examples where things like the automobile replaced the horse and buggy despite costing 100 times as much. But if they knew how agriculture works, they wouldn't be in the food scaremongering business, they'd be actual farmers.

(2) Except climate scientists. Since environmentalists are doomsday prophets, they love climate science even as they defy logic. They insist biologists have all been bought off by Monsanto, for example, while ignoring the fact that Exxon has 15X the revenue of Monsanto yet somehow has not bought off the science community they insist is unethical and for sale. Unethical everywhere except climate science? With that level of deep thought, donating to modern environmental groups is kind of an IQ test. Except for The Nature Conservancy. I think they're pretty good.

(3) Chicago, LA, San Diego, even Buffalo. If you are an editor at a newspaper and want one of our scientists or doctors to be the counterpoint to activist scaremongering, send an email to the address at the bottom of the page. Unlike the groups who want us banned, we're a nationally prominent, donor-supported, pro-science consumer advocacy group. It's what we do, and we'll do it for you.

(4) Like NRDC does, so they can claim they technically don't take corporate money.

(5) That said, if Chevron is reading this, please go ahead and have 10,000 employees donate to our science and health programs. And all of you other corporations also. It would then be the first time USRTK has been right about anything, even if they'd still be wrong in thinking funding sources dictate what our scientists and doctors do.

(6) They may actually believe that. I watched the Oscars on TV, because watching celebrities in $10,000 outfits tell poor Americans how oppressed celebrities are is always fun, and there were car commercials. Gary Ruskin and his fellow conspiracy theorists may assume Lexus is controlling the outcomes of Academy Awards because they sponsored the program, I have no idea. It makes as much sense as their weird claims about us.

Hank Campbell is the President of the American Council on Science and Health, a pro-science consumer advocacy group in New York City, and is the founder of Science 2.0. He does not receive any funding from Big Organic, though they have offered very large checks to anyone who can shut him up.