Hank Campbell
There is a big difference between a trial lawyer convincing a jury in one of America's most anti-science regions that an herbicide that only acts on plants might be able to cause human cancer, and scientists with knowledge of chemistry, biology, and toxicology who know better.

Trial lawyers will use statistical correlation created by epidemiologists hand-picked by a group in France or Italy, using standards that exempt insiders at their International Agency for Research on Cancer (IARC) from ethical disclosures regarding their conflicts of interest. It's only if you have ever consulted for a corporation that you are blocked from participation. Consulting for trial lawyers or environmental groups is allowed.

Regulatory agencies staffed by scientists have refused to cave in to the populist scaremongering of epidemiologists at Ramazinni Institute, IARC, or the U.S. National Institute of Environmental Health Sciences (NIEHS) run by Dr. Linda Birnbaum. In its re-registration process, the U.S. Environmental Protection Agency has stated yet again that glyphosate is not a carcinogen. Will this stop organic industry trade groups and their allies inside the New York University Arthur L. Carter Journalism Institute from continuing to claim that science is a vast corporate conspiracy? Unlikely. 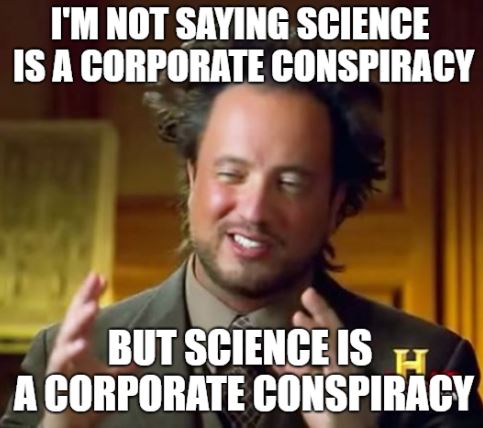 NYU Journalism academics and the UC San Francisco "Industry Docs" group love to trade in disinformation, misinformation, and conspiracy tales about science. They stay on message.

The EPA debunking denialism yet again is bad news for organic farmers, but as I have noted before, organic farmers are Big Ag now, and many organic farmers would like to escape the stigma of attacking conventional farmers and being represented by industry groups whose members oppose vaccines, affordable energy, and routinely trade in chemophobia.

And as a tactic it has not worked. Glyphosate is used in dozens and dozens of crops, it is wildly popular because it is effective and that leads to less environmental strain that old organic chemicals. It is so safe that when I wanted to kill the sprouts coming up in the yard near a tree stump, my arborist told me not to use it. It wouldn't be toxic enough. He recommended I use copper sulfate instead; a certified organic product that actual soil experts wish would would decline in use dramatically.

Once the Federal Register notice publishes, the public will be able to submit comments on EPA’s proposed decision at www.regulations.gov in docket # EPA-HQ-OPP-2009-0361. Public comments will be due 60 days after the date of publication in Federal Register.
Science 2.0
More Articles All Articles
About