Hank Campbell
I make macaroni and cheese quite a lot. I like to eat it on Fridays and for friends and family on holidays. I have sampled mac and cheese all across the country. I am no Guy Fieri, but I have gotten around, and I can tell you with a great deal of confidence that most elite - which is to say costly - macaroni and cheese uses Velveeta. Or at least a key chemical in it.

The reason is not flavor. It is science.

Velveeta gets a bad rap because back when the US government enforced real standards of identity in food - once upon a time you couldn't rename broccoli as rice or almond juice as milk - Velveeta, made of ingredients like milk and fat but also whey protein concentrate and milk protein concentrate - couldn't be called cheese because of the presence of the whey protein concentrate. A product that once had the American Medical Association's Seal of Approval was pooh-pooh'ed as unhealthy by wealthy elites once Certified Organic became a legal term. Because it used science. (1)

Yet science, not some holistic processed blessed by a rainforest Shaman, or whatever is elite enough these days, is why you are probably eating Velveeta in even your most artisan macaroni and cheese - despite the efforts of anti-science hippies to smear it. Pardon the pun. 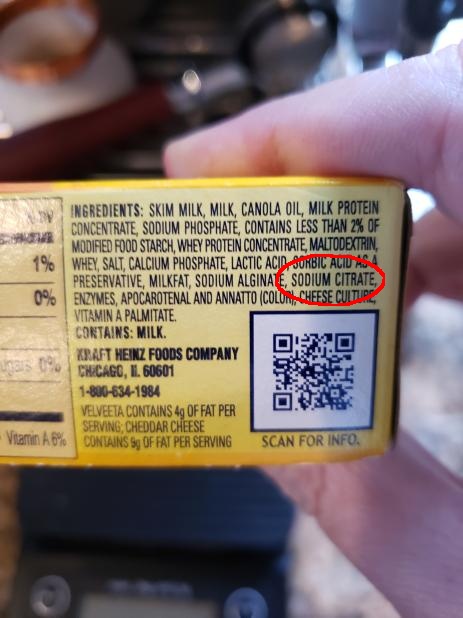 The reason smart chefs use Velveeta, and therefore so should you, is way down in that 2% part of the ingredient list. Sodium citrate. If you are an organic food fundamentalist you stopped reading long before you got to those two science words but everyone literate can carry on. Sodium citrate (Na3C6H5O7) is just what it sounds like, a salt made from citric acid.

The legendary chemist Carl Scheele first isolated citric acid from lemon juice in 1784 so FDA considers it GRAS - Generally Recognized As Safe - which means its use requires no special approval. In 1901, pathologist Dr. Karl Landsteiner discovered the ABO blood type groups (which would later win him a Nobel prize) and sodium citrate was added a few years later to prevent clotting in the blood stored for the transfusions that blood types made much safer.

Sodium citrate literally saved millions of lives. It can save your macaroni and cheese. It is the same problem. In cheese, heat will cause its constituents to congeal and separate. When heated, you often see fat leaking out of the protein structure of the cheese. It looks disgusting. Almost 3,000 years ago early chefs discovered that if they mixed in some wine they could prevent that from happening and fondue was born using experimental chemistry. Sodium citrate does the same job as the tartaric acid in wine. If you want to make your own exotic macaroni and cheese, you can buy sodium citrate - really just a pinch, even 0.25 percent - and add it in.

For most of us, that is going to be too much work, and that is why Velveeta sells hundreds of millions of dollars of packages each year - even with food snobs pretending their sodium citrate is not a chemical but Velveeta's is.

Science is science. Food is food. If "cashew spread" can be called butter, and vegan bacon is a thing, Velveeta can certainly be recognized as delicious.

So if you want nachos with your cheese spread evenly, mix in a little Velveeta because of the sodium citrate. With a structure like  Na3C6H5O7, Nacho is literally in the name of the compound! 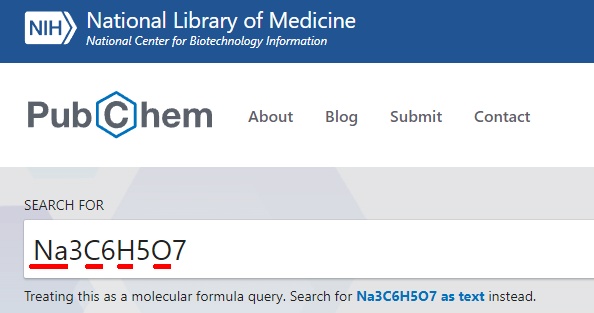 (1) They are insufferable. Millions of people are at risk of food insecurity because of the war in Ukraine and yet elites will carry on believing their ancient process can feed the world. 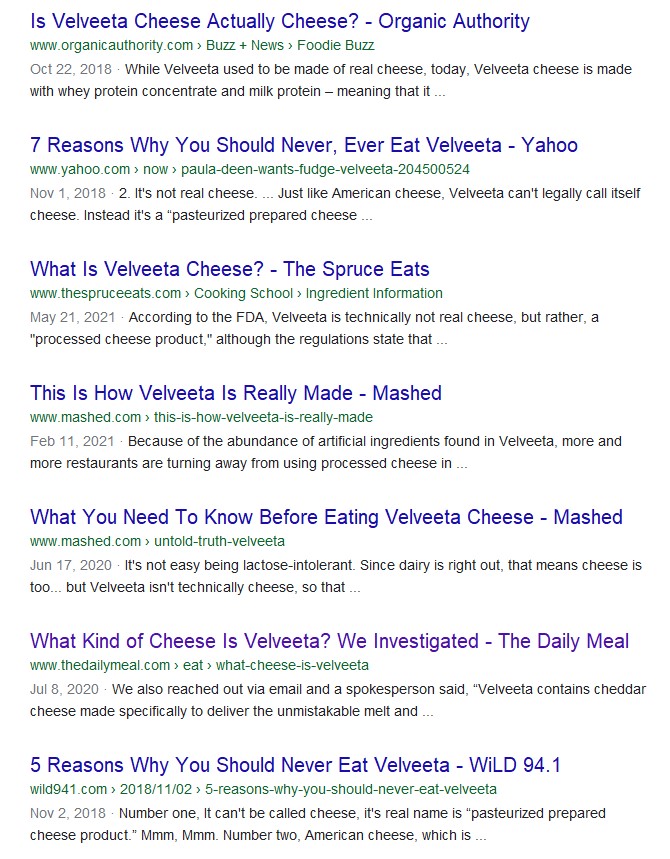