News Staff
If human beings go to Mars, they need food - and that means macaroni and cheese.

Currently, plastic packaging can keep food safe at room temperature for up to twelve months but a new paper in the journal Food and Bioprocess Technology could keep ready-to-eat macaroni and cheese safe and edible with nutrients for up to three years. It's proof-of-concept but they may have time to get it right, if delays and development of the James Webb Space Telescope are an indication of the glacial timescale that NASA will need to send humans back to space.

In taste panels conducted by the Army, the mac and cheese tested after three years of storage was deemed just as good as the previous version that was stored for nine months. 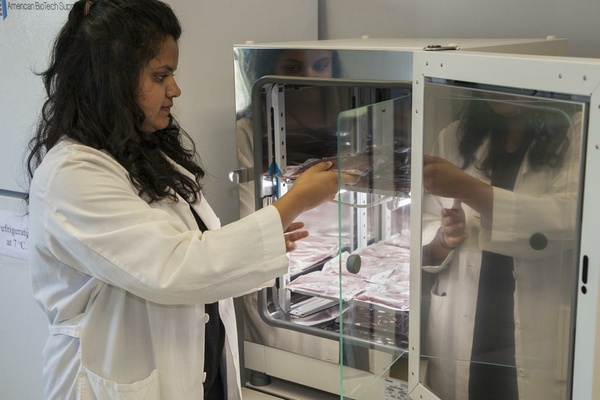 The food is sterilized using microwave-assisted thermal sterilization (MATS) system, developed by Washington State University's Juming Tang. The food must be sterilized in plastic, since metal, like tin cans, can't be microwaved and glass is fragile and too heavy for military or space uses.

Adding a metal oxide coating to a layer of the plastic film significantly increases the amount of time it takes for oxygen and other gases to break through. The metal oxide coating technology has been around for almost 10 years, but it develops cracks when subjected to sterilization processes. That eventually compromises the food shelf-life.

The packaging films are made up of multiple layers of different plastics. These few-micron thin layers have different purposes, like being a good barrier, good for sealing, good mechanical strength, or good for printing.

Rather than wait the three years to test the results of each new film, keeping the packaged food in a 100-degree Fahrenheit incubator rapidly speeds up the food quality changes at a consistent rate. Six months in the incubator is equivalent to three years at room temperature, while nine months is the equivalent to nearly five years.

It's not really possible to field-test for a trip to Mars but a trip to the ISS could help. NASA will require storage of up to five years for food, so that's what the team is working on now. They are currently aging other recipes that will be taste tested once they reach the five year mark.