News Staff
There is one Cthulhu it's safe to invoke; Sollasina cthulhu, obviously named after H.P. Lovecraft's tentacled monster, a 430 million-year-old fossil that has been identified as a new species related to living sea cucumbers.

The new cthulhu, Sollasina, was an echinoderm (the group that includes sea urchins, sea cucumbers, and sea stars) that had 45 tentacle-like tube feet, which it used to crawl along the ocean floor and capture food. The creature was small, about the size of a large spider. It was found in the Herefordshire Lagerstätte in the United Kingdom, a site that has proven to be a trove of fossilized ancient sea animals, and included soft tissue preservation. 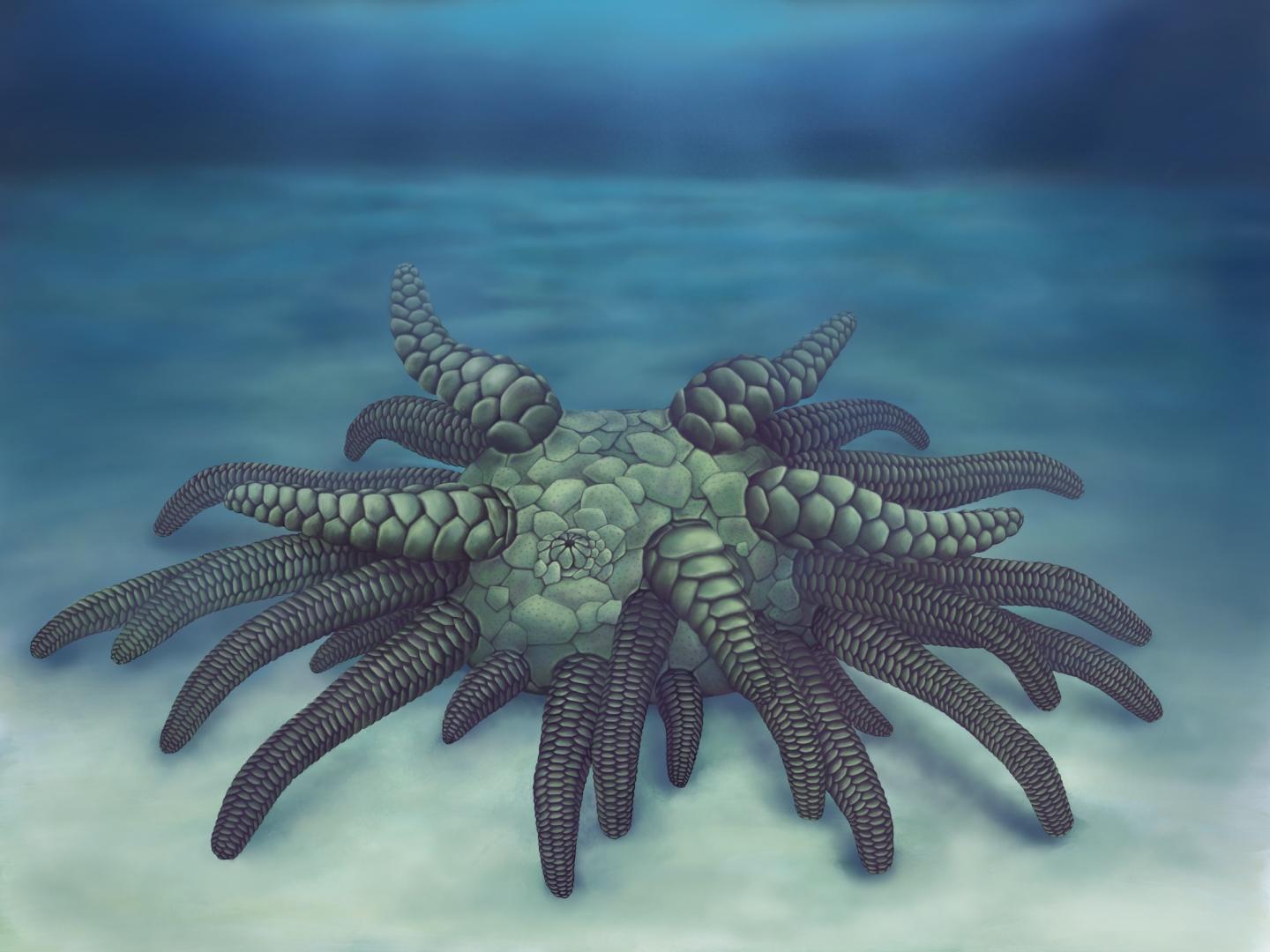 "This new species belongs to an extinct group called the ophiocistioids. With the aid of high-resolution physical-optical tomography, we describe the species in 3D, revealing internal elements of the water vascular system that were previously unknown in this group and, indeed, in nearly all fossil echinoderms," said Yale paleontologist Derek Briggs, a co-author of the new study.

The 3D reconstruction process involves grinding a fossil away, layer by layer, and taking photographs at each stage. This results in hundreds of slice images, which are digitally reconstructed into a "virtual fossil."

That's how the researchers were able to discern Sollasina's internal water vascular system and determine it is more closely related to sea cucumbers rather than to sea urchins.

"The water vascular system operates the tentacle-like structures that they used for locomotion and food capture," Briggs said. "The tube feet of living echinoderms are naked, but in the ophiocistioids they were plated. Our analysis strongly suggests that ophiocistioids diverged from the line leading to modern sea cucumbers."

The researchers said Sollasina's existence demonstrates that the sea cucumber skeleton was modified gradually during the assembly of its body plan.
News Articles
More Articles All Articles
About