News Staff
Does your base personality change over time? Psychologists are conflicted over that, but Galileo once claimed the Moon did not impact the tides, so without a science foundation, or with poor data gathering, anything is possible.

And we get both in surveys, which is why a new paper by social psychologists does little to advance psychological science - it declares personality is somewhat hard-wired and somewhat shaped by environment. Which everyone knew 4,000 years ago.

Personality is described by some social psychologists (psychology itself has no underlying theoretical foundation so other psychologists have different definitions) as patterns of thoughts, feelings and behaviors, consisting of five major traits: conscientiousness, agreeableness, openness to experiences, extraversion, and emotional stability. Those five traits are defined so broadly they can be said to have been found across ages and cultures. The combination of those traits - how dominant each trait is in a given individual relative to the other traits -makes up the personality profile.

The psychologists used a dataset of U.S. high school students who answered a series of questions to assess personality in 1960 and again 50 years later and found that people viewed themselves differently now, and then analyzed the results using 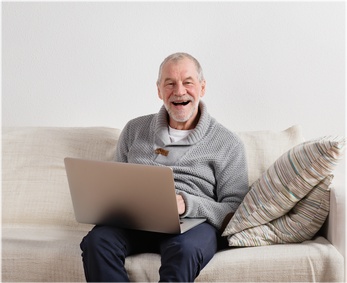 Awwww, grandpa is so cute trying to use a computer. Well, grandpa had 11 confirmed kills in Viet Nam so inside he may not be as cute as you think.

They wanted to see if they could gather insight to questions like: Do people who are more impulsive than most of their peers at age 16 remain more impulsive than their peers at age 60?
To what extent do average levels of personality traits change? Are people, on average, more conscientious at 66 than at 16? Are there gender differences in patterns of personality stability and change across time?