Some surveys have found that "blackness" is associated with masculinity, leading to errors when categorizing gender or recognizing the faces of women of color. Other surveys have found that black women and girls are more associated with threat and danger than are white women and girls. Feminist movements that focus only on issues that predominantly affect white women without addressing racialized sexism ignore the needs of black women, who face higher rates of police abuses, including sexual violence, according to the paper. Some papers claim that black women experience much higher rates of domestic and sexual abuse from partners than white women, but are less likely to report this violence than white women.

"This 'intersectional invisibility' means that movements that are supposed to help black women may be contributing to their marginalization," says Stewart Coles, a PhD candidate at the University of Michigan's Department of Communication and Media. 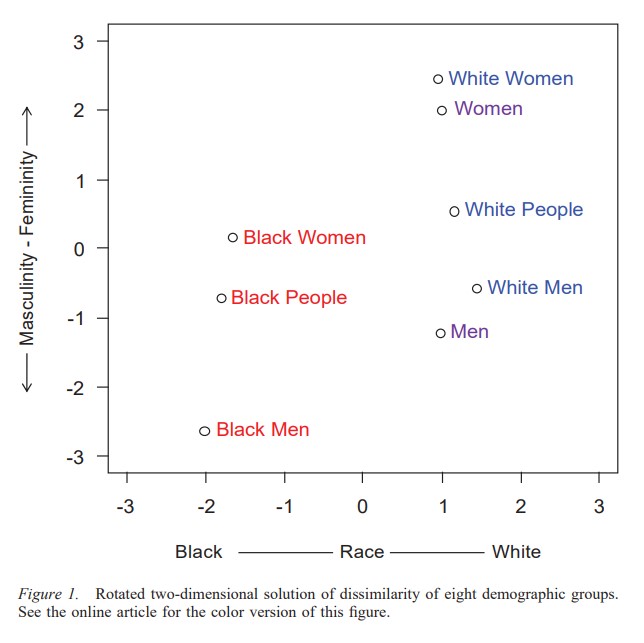 Prototypes and their more negative aspect, stereotypes, are not new for any demographic group, every group engages in them to some extent. But in the case of black women the worry is that the feminism and anti-racism movements often fail to address their concerns.

The sample was a non-representative group paid on Amazon Mechanical Turk so confounders are built in. 74.8 percent identified as white. They were asked whether they thought most other people would use a series of stereotypical attribute terms to describe people of various demographic groups, a kind of 'social desirability bias' control, and then they asked respondents to rate how members of groups describe themselves.

The clustering of the responses showed how black women were viewed in relation to the other groups. The typical woman was considered to be much more similar to a typical white woman than a typical black woman. Black women and black men were more similar to each other than to white women or white men.
News Articles
More Articles All Articles
About