News Staff
Along the coast of Tel Dor, a maritime city in northwest Israel occupied from the Middle Bronze II period,  2000 BC, through the Crusader period, there is a marine shell and sand layer from nearly 10,000 years ago, but it's in the middle of a large ancient wetland layer spanning as far back as 15,000 years ago.

What happened to create such a dramatic anomaly? A new study using underwater excavation, borehole drilling, and modeling suggests a massive tsunami struck, depositing seashells and sand in the middle of what was at the time fresh to brackish wetland. And it must have traveled 1.5 to 3.5 kilometers, with a coastal wave height of 16 to 40 meters.

Tsunamis are a relatively common event along the eastern Mediterranean coastline, with historical records and geographic data showing one tsunami occurring per century for the last six thousand years, but that one was far larger. For comparison, previously documented tsunami events in the eastern Mediterranean have traveled inland only around 300 meters--suggesting the tsunami at Dor was generated by a far stronger mechanism. Local tsunamis tend to arise due to earthquakes in the Dead Sea Fault system and submarine landslides; the authors note that an earthquake contemporary to the Dor paleo-tsunami (dating to around 10,000 years ago) has already been identified using cave damage in the nearby Carmel ridge, suggesting this specific earthquake could have triggered an underwater landslide causing the massive tsunami at Dor. 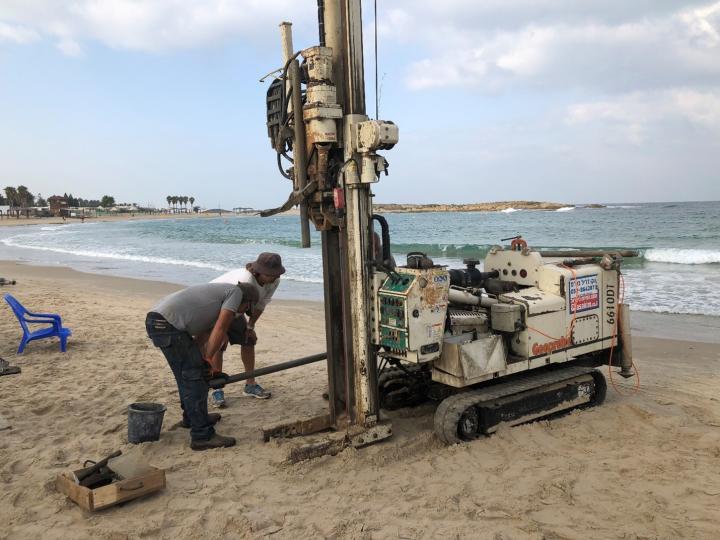 This paleo-tsunami would have occurred during the Early to Middle Pre-Pottery Neolithic B cultural period of the region (10,700-9,250 years ago 11,700-10,500 cal BP), and potentially wiped out evidence of previous Natufian (12,500-12,000 years ago) and Pre-Pottery Neolithic coastal villages (previous surveys and excavations show a near absence of low-lying coastal villages in this region). The re-appearance of abundant Late Neolithic archaeological sites (ca. 6,000 BC) along the coast in the years after the Dor tsunami coincides with the resumption of wetland deposition in the Dor core samples and indicates resettlement followed the event--highlighting residents' resilience in the face of massive disruption.
News Articles
More Articles All Articles
About