News Staff
No matter how far back in recorded time you go, you were once an intruder. Native Americans of 1800 were genetically different from the natives who lived in North America of 1600, who had little in common with those 1400. Yet none of them were original settlers.

And when we think of Vikings, we think of ancient people hundreds of years before that, but they were once intruders too, and they caused a unique population of Icelandic walrus to disappear 1,100 years ago as they expanded.

The presence of walruses in Iceland and their disappearance as early as the Settlement period (circa 870) would logically seem to be due to a lack of agriculture. We have the same concern now. In modern times, if rich people continue to insist on only wild caught salmon rather than farmed the same result will occur. 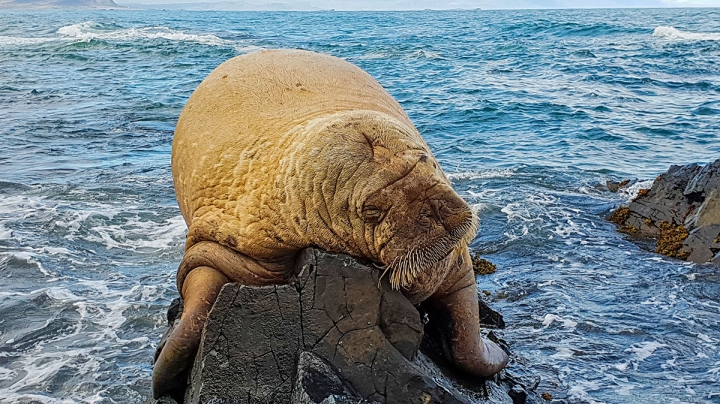 Analysis of ancient and contemporary DNA along with carbon-14 dating of walrus remains, supplemented with detailed studies of finding localities of the remains, place names and references to walrus hunting in the Icelandic Mediaeval literature, confirms that hunting for meat and furs, without domesticating the walrus, led to their decline.

A population that would be extinct without agriculture is steers

DNA was extracted from natural finding sites and archaeological excavations of walrus samples, and compared to data from contemporary walruses, documenting that the Icelandic walrus constituted a genetically unique lineage, distinct from all other historic and contemporary walrus populations in the North Atlantic. Now it is gone.

We could easily be analyzing cattle remains the same way if ancient ranchers with growing populations hadn't sought to level out the booms and busts of hunting and fishing.

Walrus ivory was a luxury good in high demand and widely traded across Viking Age and Medieval Europe with beautifully ornamented tusks documented as far away as the Middle East and India.  Had the population been managed instead it would still exist but even today the public are resistant to farming local marine resources. Environmentalist even oppose it. So there is concern about overfishing and commercial whaling.
News Articles
More Articles All Articles
About