Galileo And Relativity - But More About Inclined Planes And Fun Simulations.
By Ladislav Kocbach | February 4th 2011 10:10 AM | Print | E-mail

Ladislav Kocbach
Talking about relativity one should not forget Galileo's great contributions to - or perhaps in fact foundations of - physics. But more fun are Galileos researches on falling bodies and motion of projectiles, all mainly carried out by either real or Gedanken-experiments, the historians are not quite sure there.

But these Galileo experiments have been realized later and are both on YouTube and in Italian museums.

Here is a schematic picture, the rolling ball will produce regular bell sounds.

So no need to simulate that, beautiful things exist, we could not make it nicer. When talking about all this we came to a slightly related topic: how do the small spheres compete with small cylinders or small toy cars on the inclined plane?

We can try to remember the introductory physics - whichever that was for any of us - but here we can do experiments. The only trouble with experiments is all this friction or not enough friction for nice rolling motion. These things should not slide, they must be rolling.

And here is definitely something where the simulations are better than experiments, provided that the simulators are correct. So we do it again with Phun, for fun - PHUN (which is free download for Linux, Mac and even Windows) or about $30  ALGODOO, grown from the PHUN.  I introduced this toy physics simulator on this site in falling_faster_freefall_no_rotating_faster_free_fall some weeks ago.

Here are the actors introduced: the blue-ish one in one piece, and another one, the same
mass (weight), but consists of two pieces, which are well oiled inside to have no friction there,
inside of the green-ish yellow-ish disk (the colors have changed in translations) 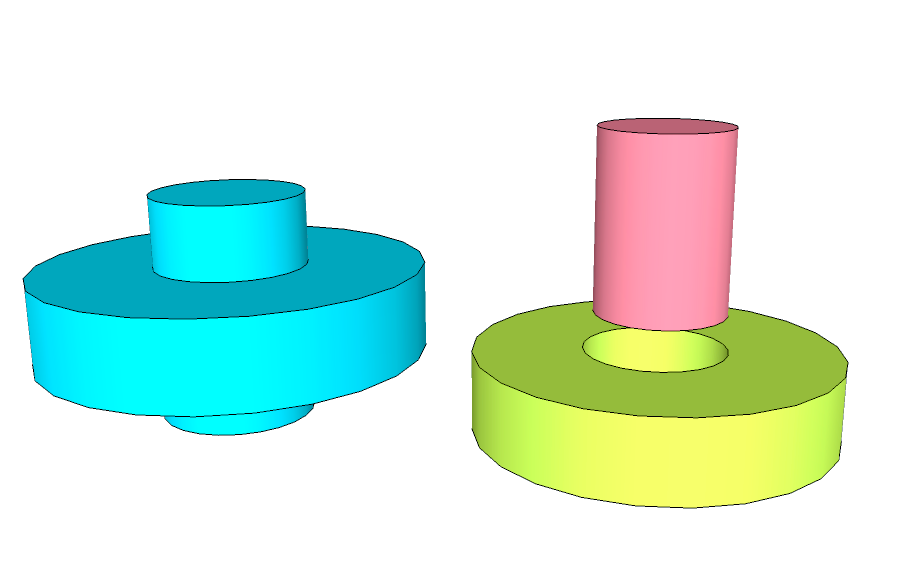 Here we put them on the inclined rails: 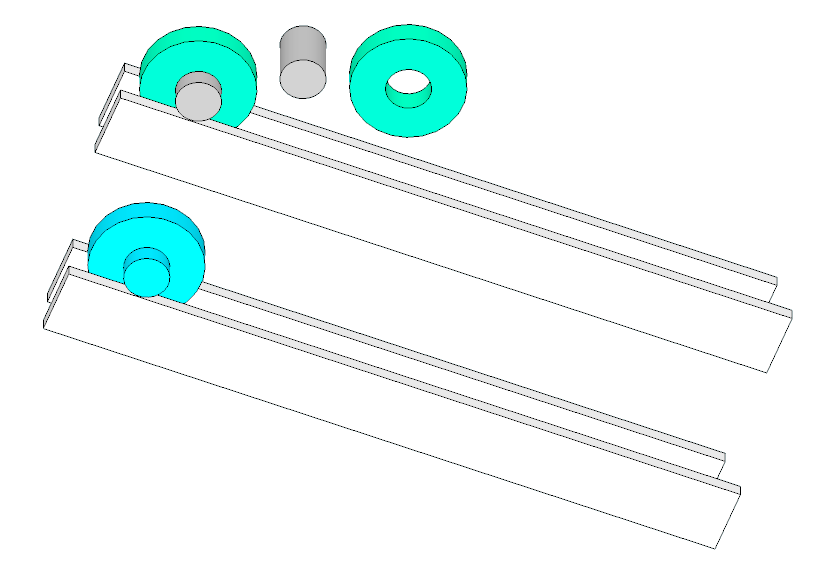 Now we put them in the Phun. The two disks are in this picture 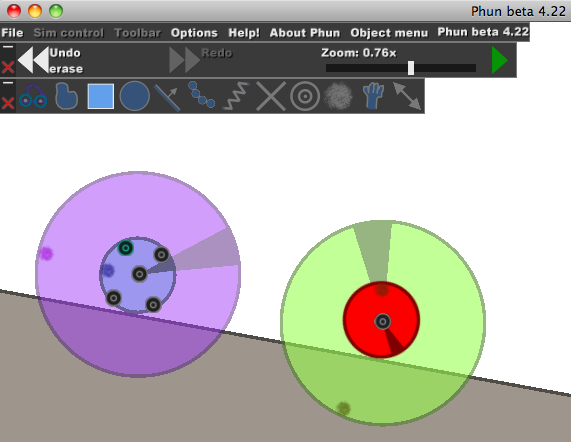 Here we let them move, and we can trace their motion due to the "colored smoke". 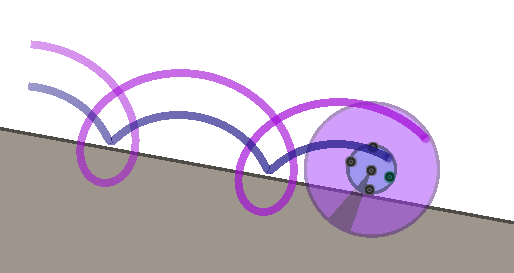 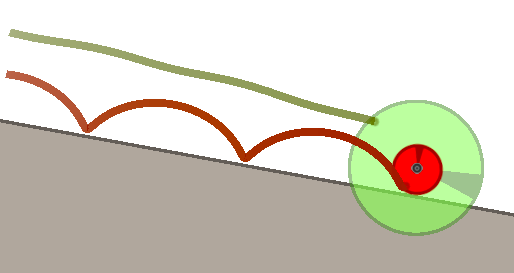 We see that the small cylinders are always rolling, but only the blue disk
is bolted to its cylinder and rotates. The other one hangs on and does not rotate (much).

So now we have prepared the actors, and we add two more: the red small cyllinder (twin of the other one)  and a little toy car.  Here they are prepared in two starting positions. Just to start the simulation. 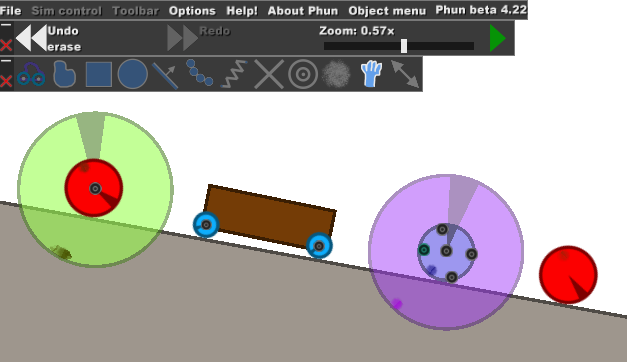 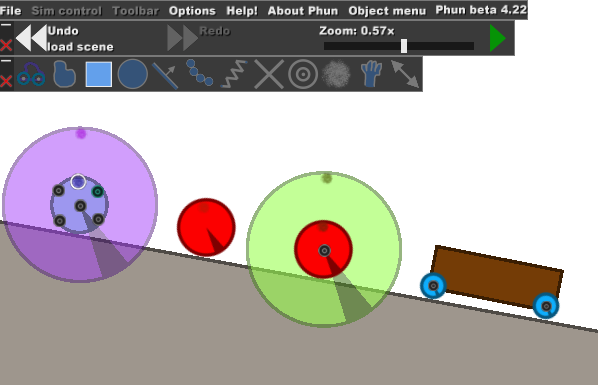 Which of the two pictures would lead to a nice ordered queue motion,  without collisions and  what will be the outcome?   How will they be placed after a little time?

You can find the solution just in your head, or go and download  -  PHUN  - for fun.

In any case, how would you range the competitors and explain the result?

You might like to proceed to The Great Galilean Race where our four virtual friends compete first in semifinals and soon in the finale.
Physics and Computing
More Articles All Articles
About