Stephanie Pulford
The “Holy Grail of Climate Change" press release about biomaterial found in Wyoming clouds has been making its way across the internet like a steady front.

Surprisingly, the blockbuster discovery isn’t that there are microbes high in the atmosphere; we knew that.  And it isn’t that microbes can cause ice crystals to form.  We knew that, too.  And it also isn’t that we directly observed microbes causing ice to form in a cloud, because that's not exactly what happened.  Perhaps this is why lead researcher Kimberly Prather did not actually refer to this paper as the "Holy Grail of Climate Change", but rather “kind of a Holy Grail measurement for us”.

This research was the first that showed that in real time, in a cloud, biological components made up a very hefty chunk of the non-water stuff in ice particles.  At our altitudes, that wouldn’t be news—bacteria gets into snow all the time. 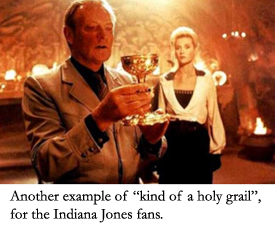 But in the atmosphere, it strongly suggests that the biological material provided a place for tiny ice particles to stick, making it easier for ice to form the large particles that lead to precipitation.

The heart of this matter is aerosol nucleation, or the aggregation of airborne particles.  A cloud is made up of tiny airborne parcels of water or ice.  Like any system, these particles are lazy-- they are trying their hardest to function at their minimal energy given the circumstance of their temperature, pressure, and other constraints.  These conditions dictate how often and with what energy the water particles collide, and also how many of them stick together.

As the plot suggests, creating the surface interfacial area for a large aggregation requires a lot of energy.  So if the particles were concerned with surface area only, they’d all try to get smaller.

But if the particles were only concerned with volume, they’d always get larger.  A large particle tends to pick up smaller particles more easily.

When the particles optimize themselves between surface energy and volume aggregation, their energy options look more like the curve below.  Small particles are likely to get smaller, but if they reach a certain critical size, they can keep their energy far lower by growing.  This unchecked growth eventually results in a water particle heavy enough to fall to earth—a raindrop or a snowflake.

Though nucleation—the start of an aggregation-- can occur spontaneously from pure water vapor aerosols, it’s far more likely when a foreign particle is present.  If you’ve ever grown a crystal in a jar or made rock candy, you’ve seen a similar effect—the crystal grows on the string or the stick, and some materials (like paperclips used to seed salt crystals) help the crystal to start aggregating  sooner. 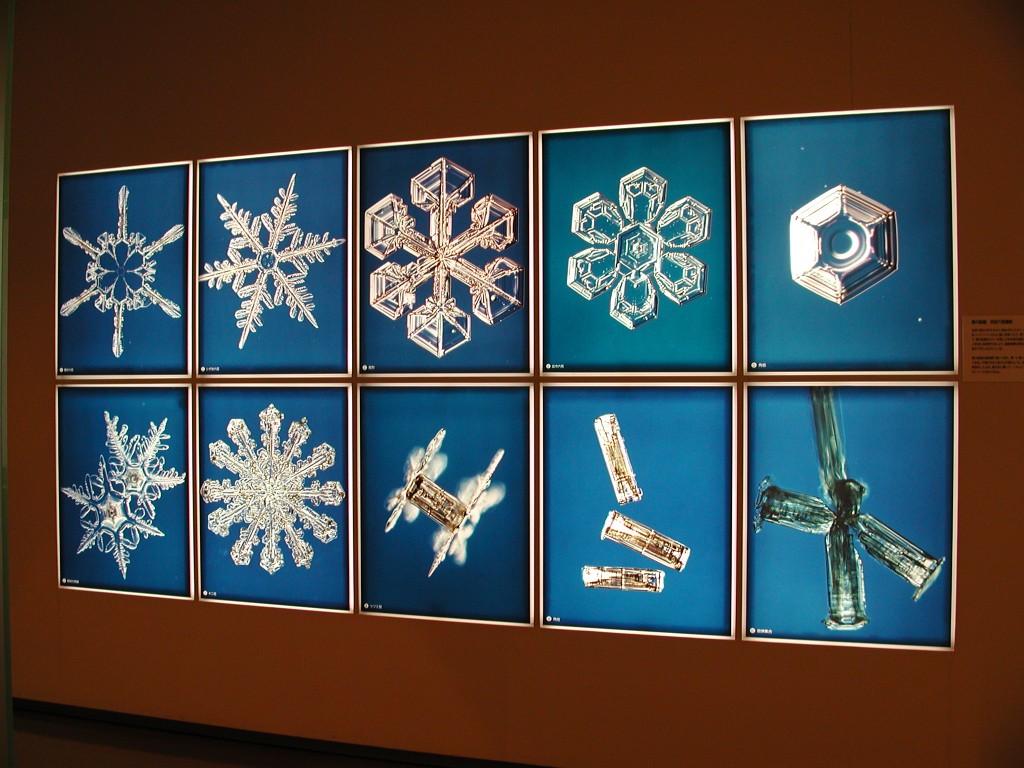 Laboratory aerosol experiments show that biological agents like pollen or spores can play the role of the paperclip, attracting water particles to form ice aggregates.  So finding them conspicuously at the center of small nucleating particles in the atmosphere suggests that they aren’t simply present in clouds—they are actually seeding large ice particles and increasing Wyoming’s chances of rain.

We don’t yet have a way to directly observe particles seeding ice crystals in a cloud.  Instead, the authors used spectrometry on cloud particles to show the presence of biological chemical signatures.  This doesn’t tell us what specific kind of biological specks were found in the cloud ice.  But it does reveal that biological factors show up in real cloud ice aggregates, right where we might expect some kind of seed particle.  Confirming their presence brings us closer to understanding what is causing nucleation in situ, and thus what is instigating our weather -- the Climate Change Holy Grail, at least according to this paper.

Apparently it is one of many. A cursory Google search for the climate change holy grail reveals that it is also thermodynamic feedback from clouds, an accurate estimate of the climate's sensitivity, and a technology that hasn't been invented yet. 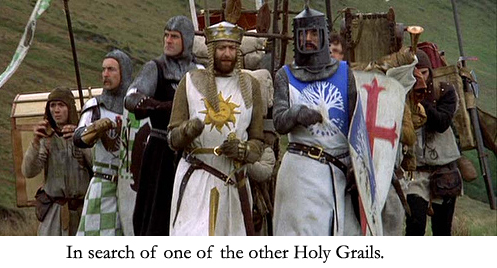