The simple scientific observation that you can't use the same energy twice is absolutely awesome!

This is a further article in my occasional series about coal, engines and energy, heat and thermodynamics.

We humans are blessed with simple means by which we can discover facts about ourselves and our environment.  We have our senses and we have a brain which can record our sensory experiences.  Through the marvelous gift of language we can communicate our experiences to others.  Words have a power to conjure up, not just visualisations, but haptualisations.  In plain language, we can feel each other's pain or joy.  This can be a means of learning, of empathy or of schadenfreude.

Having once watched, or merely heard about an action, we can try for ourselves and see if we get the same results.  That idea of repeatability is at the foundations of science.  Since the dawn of humankind, scientists have repeated the experiment of rubbing wood to produce enough heat to make fire.  Awesome!  Others have repeated the experiment of sitting on a hot stove.  Schadenfreude!

Our bodies have the means to detect environmental conditions of heat and cold.  It took a very long time to learn that our perceptions of heat and cold were perceptions of relative temperatures.  If you put your left hand in hot water and your right hand in cold water, and after a while you put your hands in tepid water, a strange thing happens.  The left hand senses the water as cold, and the right hand senses the water as hot.  Even stranger is the thermal_grill_illusion.

Ordinary ice is 100o cooler than boiling water, but 273.15o hotter than the coldest possible temperature.  That makes ice a whole lot hotter than many objects in space.  Under the right conditions, ice can be used as a heat source and made to work like a horse.

Why some things burn

The study of heat is a topic in physics.  However, our knowledge of heat - and thus energy in general - comes from the study of the chemistry of combustion.

For many centuries it was generally held that all things are made of four elements: fire, water, air, and earth.  Modern chemistry grew out of alchemical experimental methods.  Results in alchemy and metallurgy continually showed reproducible ways of producing simple substances.  By the 1700s, scientists were beginning to inquire into the basic components of matter.   John_Dalton was a physicist who contributed much to our understanding of how steam engines work: by examining the thermal behaviour of gases and fluids.  In the same era that Dalton proposed his theory of 'ultimate particles' - his atomic theory, scientists were still struggling to explain combustion.

Early attempts to explain combustion focused on the appearance of the visible combustion products.  It was thought that matter contained an invisible fluid - phlogiston - which was forced out of matter during combustion, leaving a residue.  The phlogiston theory held sway for some time, but it became apparent that the theory was flawed.  Why do some substances lose weight during combustion whilst others gain weight?  The matter was extensively investigated by Antoine-Laurent Lavoisier, who contributed much to science when he was able to take his eyes off his wife for a few minutes. 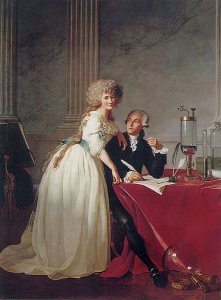 In his "Réflexions sur le Phlogistique" ("Reflections on Phlogiston," 1783), Lavoisier showed that the phlogiston theory was not self-consistent, a scientifically fatal flaw.

The major problem with both phlogiston theory and caloric theory was their inability to distinguish heat from combustion.  Modern theory treats combustion as a chemical process and heat transfer as a physical one.

According to caloric theory, heat can only be transferred across a pre-existing temperature gradient.  It can't just appear, seemingly out of nowhere.  Count Rumford is famous for his boring experiments.  In terms of the science as then understood they were boring magic tricks.  He made heat out of nothing!  Of course, he produced heat out of purely mechanical inputs, which caloric theory had ruled to be impossible.  He bored such a hole in the caloric theory that caloric was entirely flushed away in its own wormhole.

Our current knowledge of thermodynamics is built on discoveries and rediscoveries of the physical properties of energy in all its forms.  We tend to remember only the major pioneers.  That is perfectly excusable - we have so much to learn, and it is nearly time for my break - so let me cut to the chase.

James_Prescott_Joule is famous for beating caloric theory to death with a paddle.  Perhaps that is too simplistic a picture.  However, Joule was in a prime position to study heat and temperature given his experience in the brewing industry.  A little-known aspect of his work on gases and heat centres on the production of production of CO2 by yeast.  Joule and Kelvin had collaborated on experiments with the cooling effect of the expansion of gases.  They found that expanding CO2 had about four times more cooling effect than ordinary air.

Joseph Priestly also conducted experiments at a brewery.  Those experiments led to our fascination with fizzy drinks.  John_Tyndall also experimented with CO2.  His 'angle' was experimentation with the absorption and re-emission of heat by gases.  His 1863 book Heat Considered as a Mode of Motion demonstrates some of his insights into a matter that physics now takes for granted: the conversion of one form of energy into another.  Which brings us back to Joule.

Joule performed a number of experiments to show how energy can be converted to different forms.  His most famous experiment used a falling weight to turn a paddle in a closed container.  The mechanical force was converted to a measurable rise in temperature of the water in the apparatus. 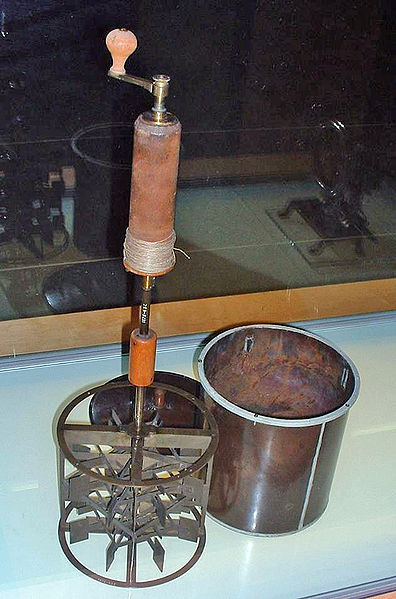 The outcome of these, and many other, experiments is that we have an exceedingly good idea about the laws governing flows and changes in energy in all its forms.  We know that we can convert freely between the energy in moving water, electrical flows in cables, electrical energy stored in chemical cells, etc.

We also know that every time we convert energy from one form to another, there are energy losses.  You have to use energy to convert between energy types, and the energy used is ultimately degraded into a form of heat that is entirely useless.

Take a lump of coal with an energy value.  Burn it to make electricity.  Some heat is lost to the environment at the power station.  More energy is lost as heat as the electricity fights against the resistance to flow of the wires.  Finally, however we use the electricity in our homes, factories and offices: every bit of electricity gets converted to low grade unuseable heat.

I will repeat that and rephrase it:  Every bit of energy in every lump of coal, every drop of oil or gas that we use ends up as low grade heat energy in our own environment.  That energy cannot be recovered.  It is wasted.  It serves only to heat up our environment - but I will come back to that topic in another article.

The next article in this series is: Pushing The Moon Away With Victorian Machinery
The Chatter Box
More Articles All Articles
About