The Ross Ice Shelf is the largest ice shelf in the world with an area of roughly 182,000 square miles - 472,000 square kilometers.  The shelf  was named after Captain James Clark Ross who discovered it  January 28th, 1841.  The coast to which the ice shelf is attached reaches nearer to the south geographic pole than any other part of Antarctica's coast. 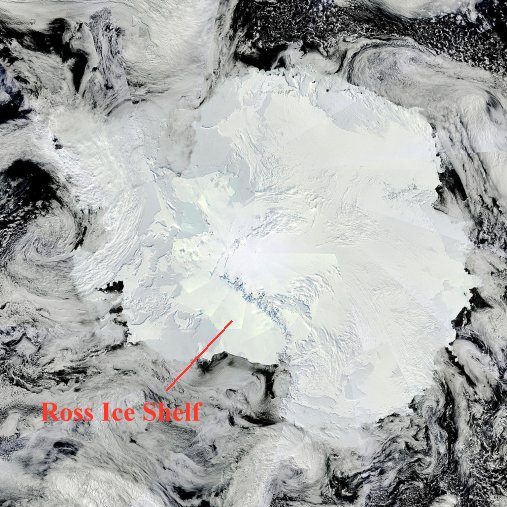 The region has seen some interesting activity recently.  Notably, the ice which has been intact for about 15 years and which was the location of a landing strip has broken up.  The ice breakup has had scarcely a mention in the news, and such mention of the ice breakup as there is points to the two large icebergs now adrift in the region. 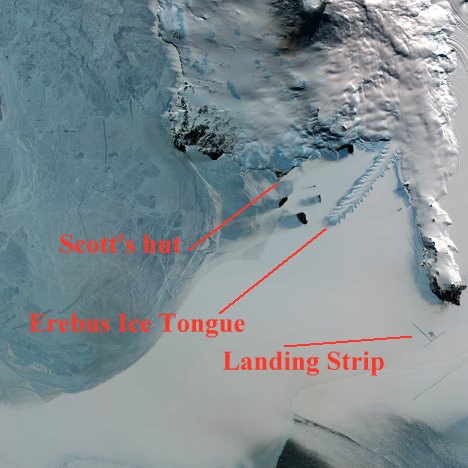 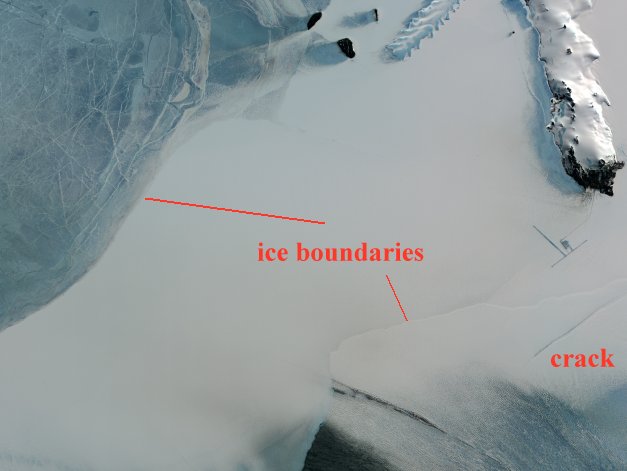 The bluish ice is the thinnest, most recent sea ice.  Next is an expanse of older sea ice.  The ice at lower right is glacial ice.  Note the proximity of the glacial ice to the landing strip.  It is this ice which recently detached to form the two ice islands.
. 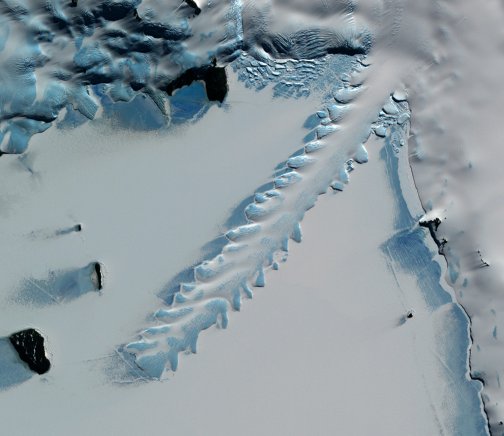 Compared with the huge chunks of ice shelf which are likely to come adrift within the next few years, the two recently calved bergs are quite insignificant.  From day to day, many parts of the ice shelf are obscured by clouds.  However, in cloud-free areas there are many cracks to be seen in the shelf, mostly running parallel with the seaward edge.  Only those nearest the edge need be of any immediate concern.

Cracks near the edge of the Ross Ice Shelf.

About midway along the ice shelf edge, a substantial crack is developing.  The image below shows the crack and - in red - the size of ice island which I project is likely to result from the progression of the crack.  The progression is based on low-level cloud formations.  A crack too small to show up in a satellite image can caused turbulence and condensation, the pattern of which reveals the location of the crack. 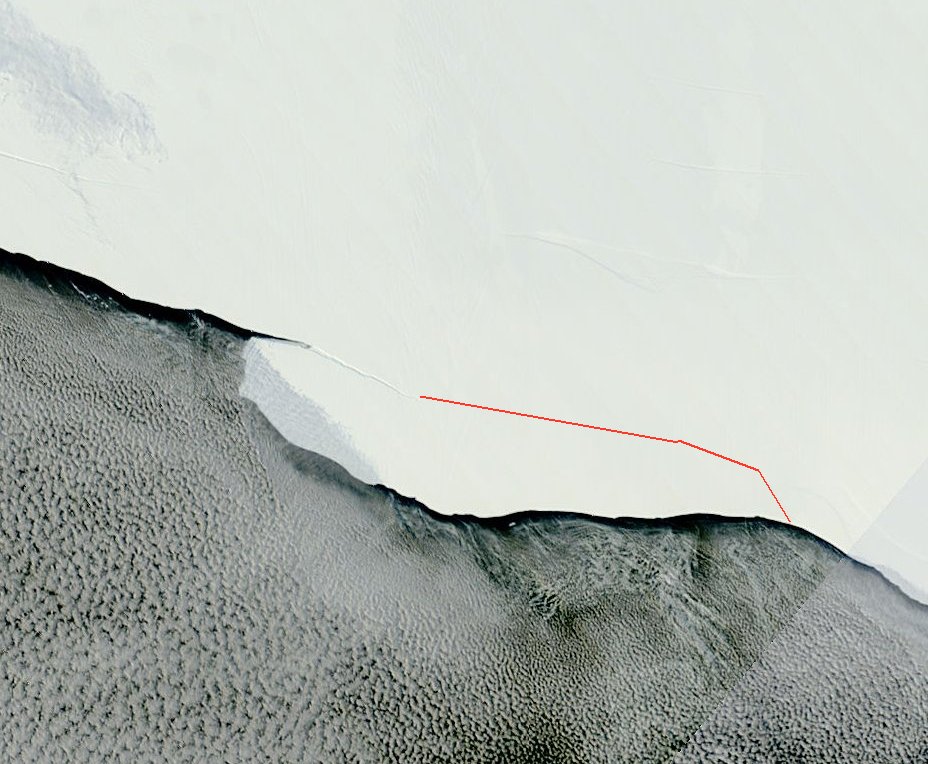 There is a very long fissure nearby, terminating in re-frozen fragments at left of image. 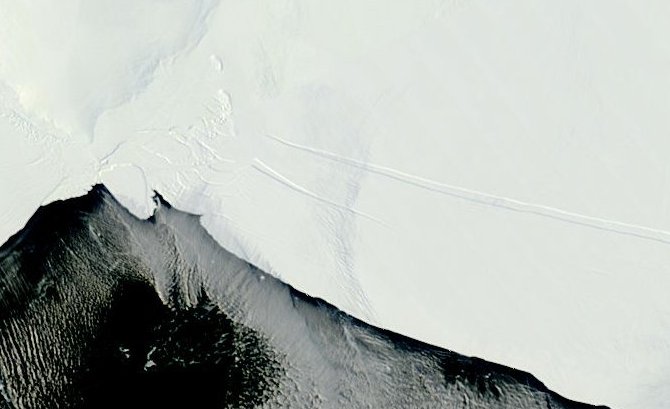 When water in these fissures freezes, it doesn't act like glue: rather, the newly expanding ice acts as a wedge, widening the crack.

A recent thermal image shows some interesting patterns which I call 'heat shadows'.  Just as 'crop shadows' reveal the boundaries of buildings to archeologists, so - I suggest - these 'heat shadows' may reveal the shapes of old fragments of a previous ice shelf collapse.  But I stand ready to be corrected by anyone with relevant expertise. 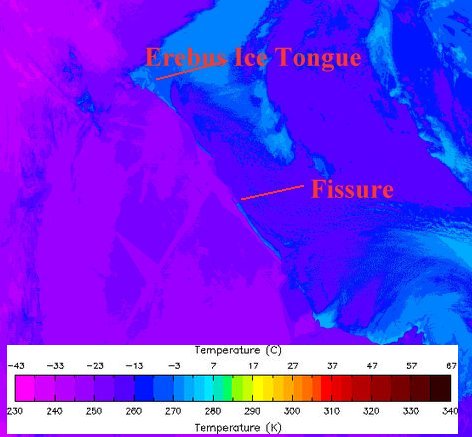 The heat shadows are the large dark areas within the ice shelf at left of the fissure.

The big question is - when will these ice islands calve from the ice edge?  It is very difficult to judge.  All I can say at the moment is: keep watching!

earthobservatory.nasa.gov
The Chatter Box
More Articles All Articles
About