Former CDC Director Robert Redfield Got Death Threats After Saying A Wuhan Lab Might Be The Source Of COVID-19
By Hank Campbell | June 4th 2021 04:01 AM | Print | E-mail

Tweet
Most people think that scientists don't get emotional. "Star Trek" and the mostly dispassionate Spock may be why they believe a science officer does not have feelings.

It's obviously not true, as the editor of a science journal discovered when a peer-reviewed paper debunked the spurious epidemiological claims of a vegetarian diet - and became the target of an automated harassment campaign by True Health Initiative and even had threats of a lawsuit. Renowned epidemiologists - and vegetarian activists - like Walter Willett and Frank Hsu alleged anyone who covered the paper was part of a Vast Corporate Conspiracy. 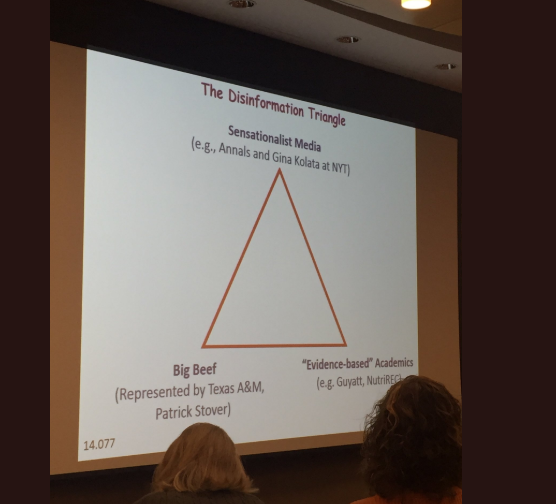 Willett smearing any academic or journalist who disagrees with his lifestyle choices. Credit: Tamar Haspel

That was just a lover's quarrel compared to the reaction former Former CDC Director Robert Redfield got from scientists when he suggested that SARS-CoV-2 did not just randomly erupt from nature, it may have escaped from one of the nearby coronavirus labs in Wuhan.

The backstory on this a bizarre one. While using spies, fifth columnists, and paying to make friends is nothing new in geopolitics, during the Obama administration there was an odd bias; Russian interference was to be exposed at all costs (and they did show lots of environmental groups were getting dark money from offshore donor-advised funds) while China was to be ignored. One US researcher got $14 million to help groom American scientists on the benefits of helping China. Dozens were eventually caught. It was inly discovered because intelligence agencies don't like being told to give a communist dictatorship a free pass.

Yet new scrutiny of China also meant new investigations into who in the US was carrying water for their claims it could not have been accidentally released from a lab; which meant convincing other scientists that gain-of-function experiments in Wuhan could not have been the source. While China deleted their database of 16,000 bat coronavirus samples in Wuhan.

Redfield does not name names but American intelligence agencies have a lot more ability than submitting a FOIA and waiting, so we may know who was behind the threats sooner rather than later; and if they have any ties to China.