Johannes Koelman
You are in a game show with nineteen other players. You don't know the other players, you can't see them, and you can't communicate with them. The game you are in is called 'Greed!', and is straightforward to explain. You are asked to write down a whole dollar amount in the range $1 - $1,000,000 on a piece of paper. You will be paid the amount you asked for if it is deemed to be 'non-greedy'. Whether your request is indeed 'non-greedy' will be decided once all twenty request have been received by the host of the show. Your requested amount will be labeled 'non-greedy' if no other player has asked for less, and at least one player has asked for more.

How do you play? 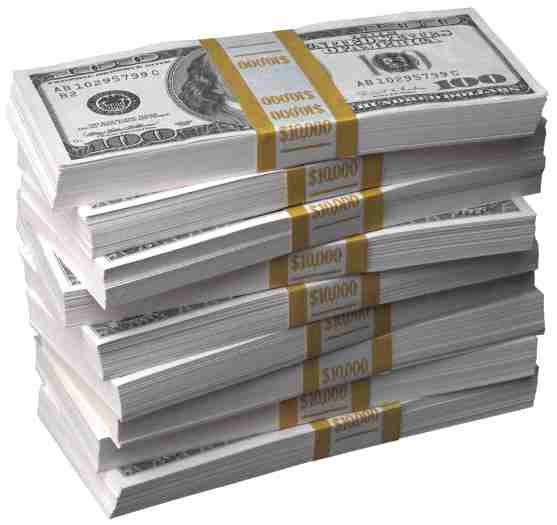 This is your chance to go home with a life-changing sum of money. But... you have to balance your greed with the risk of getting underbid. You better think this through carefully.

Let's assume you go for the maximum. Well, that is not really a rational move, isn't it? No-one can overbid you, so your bid can impossibly be classified as 'non-greedy'. No matter what the others do, you are guaranteed to go home empty-handed.

So let's avoid this suckers strategy and ask for one dollar less: $999,999. That will win you a handsome amount if no-one underbids you, and at least one person asks for more. But how likely is such an outcome? Surely the other players will have reached insights similar to yours. And if all other players draw the same conclusions as you do, no-one will have written down a higher amount. So either all other players ask for the same amount as you do, or one or more players underbid you. In both cases you go home empty-handed.

Apparently, you have to bid less than $999,999. And again, when making this downward adjustment, you can not prevent your competitors from following the same logic. We see a pattern emerging. Continuing this iterative line of reasoning will take you and your competitors in free fall towards the strategy of requesting the smallest permissible amount: $1. This is the outcome predicted by game theory: the game 'Greed!' forces rational players towards a strategy of requesting the smallest amount. If all players follow this logic, they all end up writing down an amount of $1, and all of them go home empty-handed. Yet, no player can do better by deviating single-handedly from this strategy: selecting any higher amount will not yield a better return if the other players stick to their choice of $1. In game-theory jargon, such a strategy combination for which none of the players feels an incentive to deviate, is referred to as a Nash equilibrium. 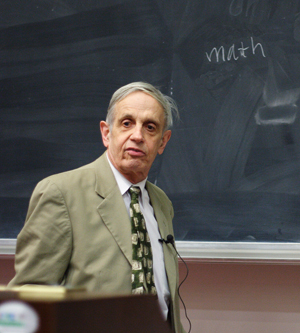 So what do you do? Will you indeed write down the amount $1?

The game 'Greed!' relies on deep iterative reasoning to demonstrate the Nash equilibrium. Other games with these characteristics such as the game Guess 2/3 of the average and Traveler's dilemma invariably lead to experimental results that deviate markedly from the game-theoretical (Nash equilibrium) predictions. Some researchers argue that the failure of standard game theory to reproduce experimental outcomes for such games necessitate a re-definition of what constitutes rational behavior. Kaushik Basu, inventor of the game 'Traveler's dilemma', writes in Scientific American:

“When playing [traveler's dilemma], people consistently reject the rational choice. In fact, by acting illogically, they end up reaping a larger reward--an outcome that demands a new kind of formal reasoning.”

“The [Traveller's dilemma] highlights a logical paradox of rationality [..] This paradox has led some to question the value of game theory in general, while others have suggested that a new kind of reasoning is required to understand how it can be quite rational ultimately to make non-rational choices.”

Douglas Hofstadter, in his book "Metamagical Themas" argues that humans have the potential to transcend game-theoretical rationality and can act 'superrationally'.

So how you should play the game 'Greed!'? This depends very much on your perception who you are competing with. Without any information on the group of opponents, you assume randomly selected competitors, and make model assumptions on their capability to iterate towards the Nash equilibrium. Behavioral studies on games like Guess 2/3 of the average suggest that significant fractions of randomly selected candidates fail to iterate more than one step. In the game 'Greed!' this forces you to a rational choice of selecting amounts well above the Nash equilibrium value of $1.

However, if you know that a large fraction of your competitors are game theoreticians, mathematicians and others with likely full insight into the theoretical and strategic aspects of the game, you better adopt your choice to a value closer to the Nash value of $1. Note that even under these circumstances it is not necessarily rational to select the precise Nash value. For the Nash strategy to be optimum, your opponents not only need to be optimally skilled at the game, they also need to be convinced that all their competitors are equally skilled players who know they are playing against optimally skilled opponents... etc. A circumstance that is seldomly true in many-player games.

Assuming 19 opponents selected randomly from the readers of this column, how would you play the game 'Greed!'?

More Hammock Physicist articles: The Big Picture. The Largest Distance between Two Points. What you didn't know about E=mc2. Telepathy and the Quantum".