Hank Campbell
Today is May 5th, when modern Americans assuming this is the day of Mexican independence (it isn't) consume Mexican stuff like burritos and margaritas (those aren't Mexican) but what we should be celebrating is Mercury astronaut Alan Shepard going into space.

On this day in 1961, 60 years ago, Alan Shepard let himself be strapped into a capsule sitting on top of a skyscraper of rocket fuel using parts all selected because they were the lowest bidder on a government contract - and set off for the unknown.

Seriously, this was a risk only test pilots would happily have taken. If you look at the spec that NASA gave to all the corporations that actually put us into space, it reads like aspirational quotes more than engineering: 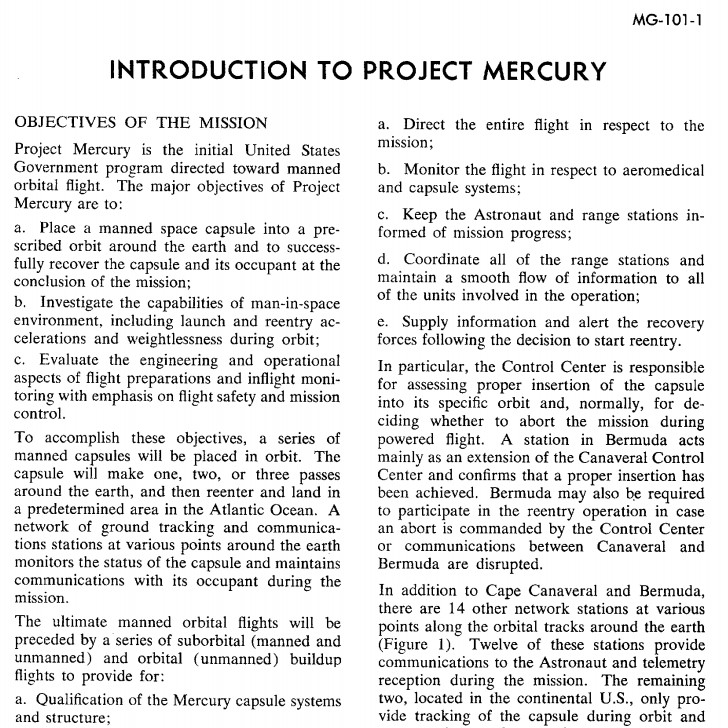 The big question now is, what next? Are we done with space?

We're obviously not done with sending things into space, but people may be another issue.

Early NASA was about acceptable risk. A lot of people can tell you where they were when the Challenger space shuttle exploded but most people don't even what year astronauts Grissom, White, and Chaffee died in their Gemini capsule much less where they might have been. Space flight had risks and people involved were not chosen based on race, gender, or any cultural aspect. They were selected because they had a combination of qualities that included acceptance of risk.

How do we get space exploration when NASA maintains a zero defects approach while demanding contractors check off a laundry list of cultural boxes? When we decided to go back to the moon in 2004, it was going to take 7 years longer to return than it took to create everything the first time.

Besides NASA forgetting how to be NASA, the other obstacle is politics. In 2004, President Bush created that program to go back to the moon. In 2008, his successor, President Obama, who hated everything about him(1) set about dismantling everything with his name on it. Including the Constellation program. Apollo 11 commander Neil Armstrong, Apollo 13 commander Jim Lovell, and Apollo 17 commander Gene Cernan were critical of what was clear partisan grandstanding. President Obama replaced it with a program that had his own name on it and included a breezy assurance that instead of going to the moon we'd go to Mars.

Imagine if President Nixon had been like Obama and dismantled the Apollo program because it had the name of a Democrat on it, and promised he'd do something even better.

It's not only believable for that to happen today, it's expected. It's downright surprising Trump didn't do the same thing to Obama. Would the Constellation program have resulted in a trip back to the moon by 2020? If the chronic delays and cost overruns of the James Webb Space Telescope are any indication, no. But Obama didn't cancel that despite it being wildly over budget and behind schedule. It had President Clinton's name attached.

Given that politics is more partisan and polarizing than in the previous 60 years, and we have officials who think if we can't go back to the moon we can just go to Mars(2), it may mean the future of actual space travel - NASA does cute robots on Mars quite well so they can keep at it - may go back into the hands of the private sector. Like it was throughout the 1960s, before NASA transformed from mission-focused into a job works program.

That would mean we will get the giant leaps into the future that we got with cell phones and computers, and not more of the same old bureaucracy that ends up meaning the CDC needs 6 weeks to even tell the public that lettuce has E. coli, or in a 2020 example that in order to get a coronavirus test a hospital has to first prove the patient has coronavirus.

It means that if we get government out of the space business, we'll not only be visiting other planets, we'll be living there.

(1) Though Pres. Bush and Mrs. Obama are besties now.

(2) One of my favorite jokes involves working on my second million dollars - because I gave up on the first. Unfortunately, saying we can't go to the moon so let's go to Mars is a lot more expensive.
Science 2.0
More Articles All Articles
About