Hank Campbell
When papers came out stating that cutting back on red meat didn't make any difference in your real risk of getting cancer, because a normal diet did not cause any more cancer, it came under fire by critics who had spent an alarming chunk of their careers criticizing modern diets.

And in corporate media, "come under fire from critics" is all you need to write an article that says what you want people to believe. Which is how BMJ was able to write a "teach the controversy" op-ed about papers published by their competitor, Annals of Internal Medicine. It's literally in his first sentence, even though it's nonsensical logic and the opposite of journalism.

If you were going to create a Justice League of groups and people who were willing to scare the public about anything, you'd get International Agency for Research on Cancer, Ramazzini Institute, National Institute of Environmental Health Sciences, and then mix in some combination of Marion Nestle, Michael Pollan, Naomi Oreskes, Mark Bittman (maybe I missed someone - go to any Food Tank event and they will have them) and they could all "cite" papers from the Harvard TS Chan School of Public Health, the group that quite literally put shoddy methodology using food frequency questionnaires on the cultural map.(1)

Read also: The War On Red Meat Is Coming To A Close
The new criticism does exactly that. The critics are, predictably, from my Who's Who Of Epidemiological Woo list above, Marion Nestle and Harvard School of Public Health, who charge that the meat paper is not valid because one of the authors got funding in the past from a group that was founded by a person who once worked at ... Coca-Cola.

Rationality has left the building

That's right, if you got a grant four years ago because you study energy balance - you know, the belief that eating more calories causes obesity rather than that sugar is magic  -  from a group founded by a guy who worked for a soda company 40 years ago and did not disclose it even though no scientist discloses old funding then the "Science Is A Vast Corporate Conspiracy" contingent is going to say you did work for hire when it comes to meat.

The conspiracy narrative about science is so pervasive, from organic trade groups to environmental lawyers to endocrine disruption/homeopathy peddlers, that we put it on t-shirts. 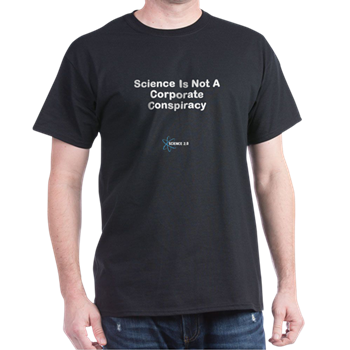 There is no evidence that is true, but if you want to convince people it might be true all you have to do is invoke "follow the money" thinking.

There is a problem with that, which scientists know full well. If you have enough data, the Look Elsewhere Effect is entirely predictable. If I create a numerical model that can converge on a 99.999% accurate answer, that sounds impressive, unless you are literate enough to know whether the right input data is being used in the first place. It is entirely possible to get a completely accurate, and completely wrong, answer.

And in journalism it is entirely possible to get an article that is exactly wrong, without ever saying anything that can implicate you. All you have to do is "teach the controversy" and you can dispel criticism that you have an agenda or just didn't read the journal article. You use that with statements like "a striking departure from most existing recommendations" and "at odds with most other analyses" and then use a quote from "Marion Nestle, a New York University expert on conflicts of interest in nutrition research" who states "Johnston is making a career of tearing down conventional nutrition wisdom.”

When shoddy methodology has become the "conventional wisdom", it should be torn down

Conventional wisdom told us trans fats were better for health than butter, using the exact same methodology that allowed IARC to claim red meat causes cancer; food frequency questionnaires that used rows of foods and columns of outcomes and seeing what matches up well enough to declare statistical significance. Such p-hacking disregards that the dose makes the poison and it is why observational studies are scientifically so weak I have been at NIH meetings and requested they force grantees to write EXPLORATORY across every published page.

IARC, NIEHS, and others love to fund papers where dose is irrelevant, five orders of magnitude or something bizarre, because it is easy to show harm if you create a meta-analysis where one dose is the same as 10,000. You just jam a tube into the stomach of rats and pump in unreal levels of goop and then mix that with food diaries and you can "suggest" harm.

And if someone then looks more critically at the methodology, you have food pundits ready to claim you are "tearing down conventional nutrition wisdom."

This below is what "conventional nutrition wisdom" reads like - anything you want. I call it Smurf Science because, like those adorable blue cartoon critters, it can transform into any shape you can imagine.

One person of a 14-member panel who got money for a sugar study in the past swayed the whole group about meat?

And their criticism of Dalhousie University epidemiologist Bradley Johnston, Ph.D., makes no sense. He has openly criticized food industry advertising by stating there is a direct link to childhood obesity. Hardly the work of a corporate toadie, the way Paul Thacker toadies for the organic industry. After he was criticized for his sugar paper using the same smear tactics, Johnson stopped accepting grants, even from nonprofits if those might have accepted corporate money.

What would happen if the nonprofits Marion Nestle and other activists love did that? Mother Jones is 80 percent corporate funded. They created another nonprofit to launder corporate money for them so their journalists can pretend they get no corporate funding. If they stopped accepting money from their sole source nonprofit that takes money from corporations they'd be bankrupt by April.

Yet the weakest part of the conspiracy theory is what really undermines everyone profiteering from scaremongering food who want to silence this paper - Johnston was one member of a panel of 14. Activists who want to promote belief that a grant from a nonprofit that resulted in a critical look at sugar scaremongering somehow impacted his debunking of meat hysteria have to undermine the legitimacy of 13 other people. How do all those female coauthors feel about critics, mostly men, suggesting they are being controlled by this male authority figure?

Yet when you are creating a nutritional version of The Bilderberg Group conspiracy, a fictional food version of a Dan Brown novel where Coca-Cola is the Catholic Church, it doesn't need to pass a logical smell taste. Just "follow the money" into whatever tale you are writing. And a whole bunch of government-funded epidemiologists and cultural pundits will jump on that bandwagon if your story becomes a bestseller in pop culture.

If that sounds ridiculous, you know how the groups and people in my paragraph above are regarded by the scientific side of the nutrition community. It's the same conspiracy nonsense. In both cases these people all claim the science is on their side. 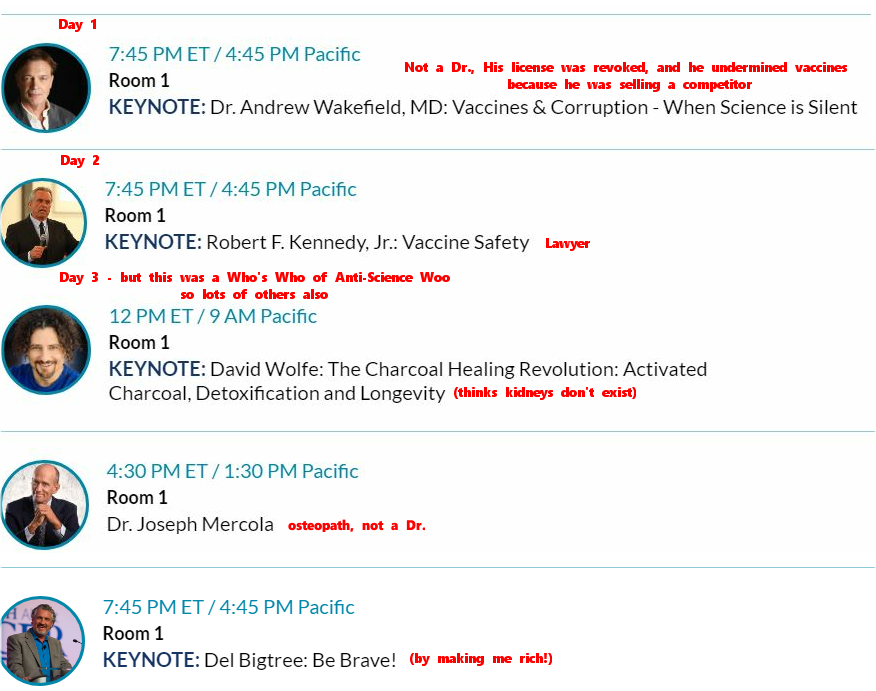 CLICK THE IMAGE TO READ THE SNARK
Science 2.0
More Articles All Articles
About