The Biden Administration Is Blaming Trump For EPA Siding With Environmentalists Against Agricultural Science
By Hank Campbell | February 24th 2021 11:10 AM | Print | E-mail

A small fish in central Texas, a freshwater mussel in the Mobile River basin, and another mussel in Alabama’s Coosa and Cahaba Rivers have something strange in common; they appeared on an EPA list of threatened species “likely to be adversely affected” by a popular herbicide named atrazine.

I don't see how could things get worse for the San Marcos gambusia, the Upland Combshell and the Southern Acornshell. They're all extinct. I lived in the southern US in the early 1970s and never saw a Southern Acornshell. It would have been impossible, it was gone by then.

So why does EPA think that today when none of their re-registration evaluations nor numerous Federal Insecticide, Fungicide, and Rodenticide Act (FIFRA) Scientific Advisory Panel (SAP) examinations have ever mentioned that these creatures are at risk? Perhaps because no biologists or toxicologists were consulted, and instead the list was made by the U.S. Fish and Wildlife Service (FWS), who may have asked one of their exclusive northeast government contractors to compile it outside the reach of Freedom of Information Act requests.

It's only one of the bizarre methodologies in what EPA called a “Biological Evaluation” but which had little biology in it. 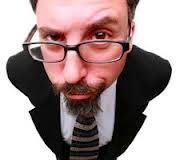 This sloppy effort is now being blamed on the Trump administration by President Biden's team, but it was a court-ordered deadline created after years of lawsuits brought by sue-and-settle groups like Center for Biological Diversity, an anti-science organization consisting of lawyers that make their money from this stuff. If you find politics unfamiliar, this lawsuit sounds like environmentalists are opposing government but it is often just the opposite; since agencies are outside the legislature and voter accountability but are allowed to create regulations that act as laws, environmental groups often collude with insiders placed into agencies, in many cases their former employees, to draft a lawsuit so that environmentalists will win and government can claim they were 'forced' to comply. Taxpayers are even forced pay costs to those environmental allies.

When it comes to hungry lawyers versus career government employees, lawyers will win, so they found a loophole which has allowed them to demand that the much more politically sympathetic U.S. Fish and Wildlife Service (FWS) be allowed to create regulations-that-are-the-same-as-laws based on their beliefs about pesticide and herbicides’ alleged impact on endangered species. No science needed.

That is why the Biden administration should undo it. It's fine to blame Trump and they actually have. A journalist acquaintance who wrote to ask what this might mean received this response: "EPA will follow the science and law in accordance with the Biden-Harris Administration’s executive orders and other directives in reviewing all of the agency’s actions issued under the previous Administration to ensure that they protect public health and the environment."

It sounds like President Biden wants to adopt the mantle of Scientist-In-Chief but I can't really figure out what that statement means. Atrazine is an herbicide, second most popular to the ingredient in Roundup, and farmers are a key target for anti-science activists, but it has been re-registered numerous times. It is safe. Undoing the Trump administration in this case would mean they are in favor of not demonizing science and harming poor people - yet then they will be taking a stand against environmental lawyers who generously funded the Biden campaign.

Are they now alleging Trump was siding with environmentalists when EPA did this Biological Evaluation?

If they don't redo this evaluation, science won't matter any more. If a court orders EPA to send a product to FWS to evaluate, and they can't do it because they lack the competence, and the deadline passes, the product gets banned by default.

That may be the real goal. No one can take the blame if the courts "made" them ban it.

This is hopefully going to get shot down even if the Biden EPA lets it slide. We last beat Center for Biological Diversity in the Supreme Court - a unanimous decision - when they teamed up with U.S. Fish and Wildlife Service to extort $30 million from a group in Louisiana by telling them they were moving the Mississippi Gopher Frog to their land, and they were going to force the owner to build a special forest all the way to Mississippi to help them migrate there. The Supreme Court saw through this secret sauce politicization of science then and the public should now. Scientists inside EPA are probably seething that this Biological Evaluation has the EPA name on it, when it says no EPA science will be used.

If President Biden cares about science as much as his staffers claim, he will side with science and against the groups who feel like they owe him.