Hontas Farmer
Bored Ape Yacht Club has been exposed as a ironic or post ironic racist meme using modified Nazi iconography mixed with one of the oldest and worst types of anti Black iconography.   The crypto currency crash has taught us all that it was foolish to trade hard tangible, trade able money for intangible non legal tender and call it an investment.   NFTs have taught us not only will people do this, they will then trade their currency for artwork that is a cryptoracist anti-Black meme.   This is not the oh "everything's racist" kinda racist.  It's face smackingly obvious.   Yes many of the creators are non-White or non Anglo, but anyone of any race can be racist.  It's racist when a wealthy Black comedian makes fun of White working class people.  It's racist when a Cuban, or Pakistani or Asian person leans into icnography that is Nazi anti semetic and also good old southern anti Black.   Then to top it all off some good old securities fraud may be in the mix.  Since many celebrities who "bought" bored apes were simply given them in order to drive up the price.  Don't take my word for it the case is made very convincingly in the below video.
Crypto currency, Bitcoin, created by the pseudonymous Satoshi Nakamoto was intended to be used to transfer funds via internet without a bank acting as a middle man.  The 'coins' were a reward for the service of running the blockchain using the unused cycles of ones computer when it was idle.  In essence it was  built on earlier ideas like those behind Seti@Home or the much latter Folding@Home.   As a medium of exchange in an age where trading coins in a real bi metalic monetary system as classic capitalism would demand ... cryptocurrency has value.  To mine it costed a certain amount of energy and computing power.  They can be seen as a representation of that computing power.   Yet the value of that in terms of fiat currencies, let alone real commodities is so volatile that it should never be held as an asset for very long.

NFT's were built on the concept that crypt currencies were an asset.  They are a smart contract in which the object being contracted for is a "stable" link to an image or another computer file.   The asset is no the file but the "stable" link to the file.   This could have value if the information being linked to is of some importance.  In a sense a DOI does this for ones scholarly publications.

Enter the bored ape Yacht Club where they did this for absurd iconography that is at best random or at worst racist. Consider the following, as discussed in the video. 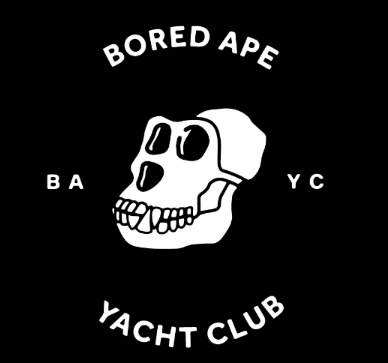 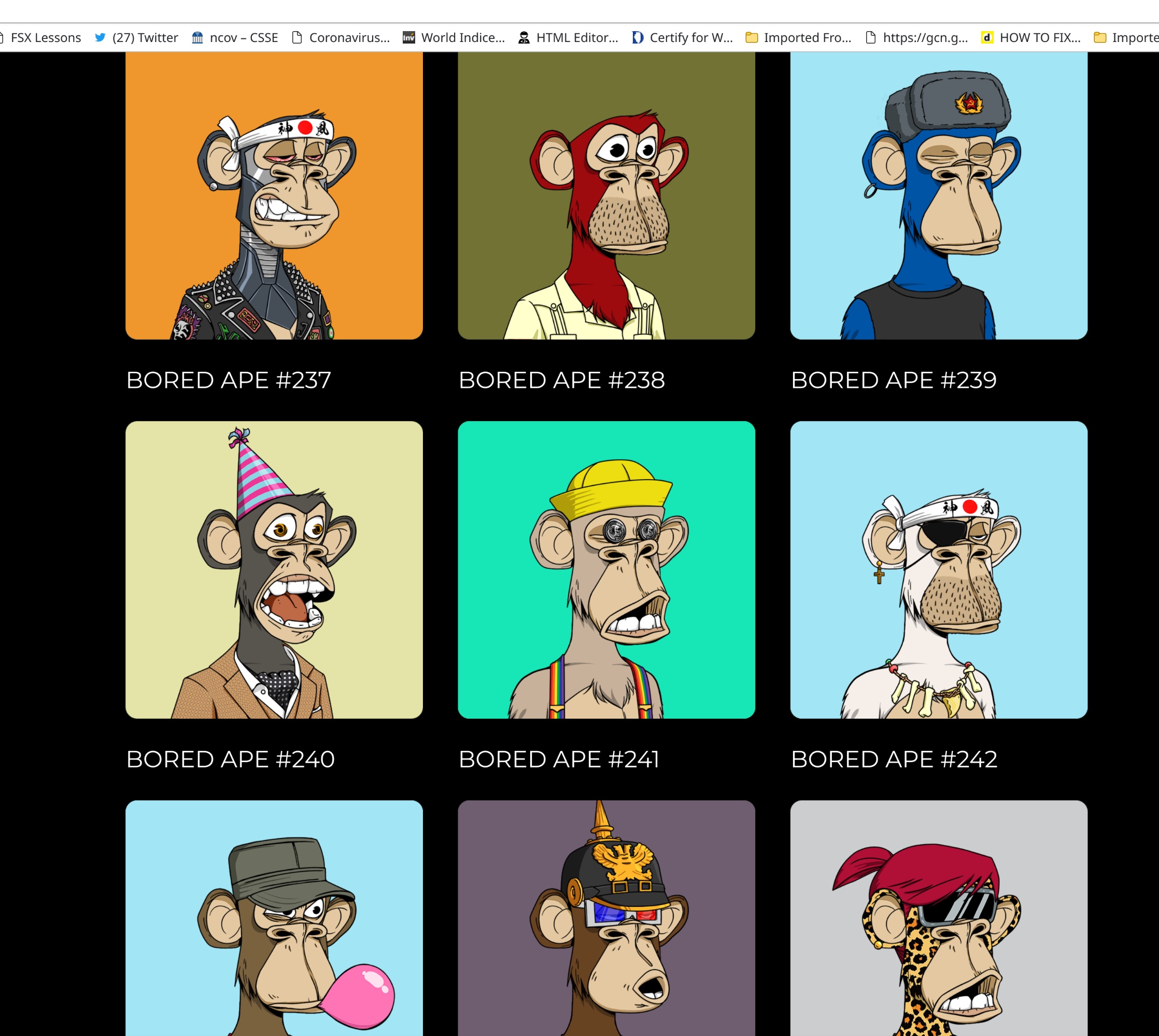 Note I intentionally also screen shotted part of my book marks bar so no one can claim this under copyright.  Note the Japanese on the headband would be that worn by a Kamikaze pilot.  The German Pickelhelm, and the Ushanka with hammer and sickle.  These evoke authoritarian  and genocidal regimes.  The iconography of an ape dressed as a human ( Yes of course as fellow Hominins one could say we are all apes but it would be very ignorant of the history and context to ignore that the anthropomorphize ape mirrors racist simianified imagery of disfavored groups none more so than Africans and African Americans.)   Taken in context the middle one may even be evocative of LGBT folks.

Given a review of the evidence and what the video has presented it is a convincing case.

A digital "asset" is only truly worth its utility in the real world.  Bored apes only utility, only value, is as a racist dog whistle and in taking money from fools. #BURNBAYC