News Staff
A short few months after China became the third country with a moon mission (following the United States and the Union of Soviet Socialist Republics), Israel will be the fourth.

On February 22nd, 2019, give or take weather events, the Beresheet Moon lander, once one of the candidates for the Google Lunar X-Prize, will make Israel the fourth country with a moon mission. And its $100 million for planning and execution has been made possible through cooperation of private individuals, corporate and government groups, and academia.

Originally named Sparrow, the Israeli unmanned Moon mission is now known as “Beresheet”, which means “Genesis” in Hebrew. After separating into a supersynchronous transfer orbit with an apogee of 60,000 kilometers, Beresheet will raise its orbit and its remaining mass (with fuel at launch it will be 585 kilograms) by its own power over two months before venturing to the surface of the moon. Though this is a big deal for a nation, there is an ostensible science purpose, measuring  the lunar magnetic field. 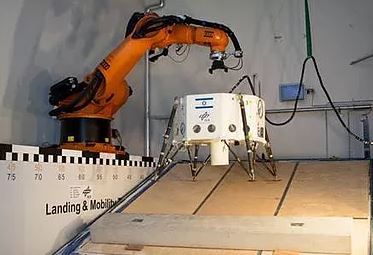 The Beresheet craft will carry a mirror array provided by NASA that can reflect a laser beam to the NASA Lunar Reconnaissance Orbiter, which will enable the team to locate the position of Beresheet on the Moon’s surface.
News Articles
More Articles All Articles
About