News Staff
If a post is not popular, you will never see it, so views count, but it is the message and not the popularity of it that persuades people, according to a new paper.

819 demographically diverse American adults aged 18-35 were shown two YouTube videos either for or against vaping. The pro-vaping videos were commercials for e-cigarette brands. The anti-vaping videos were public service announcements produced by anti-tobacco groups. What was changed was the view numbers that participants saw for the videos.

They then rated how persuasive the videos were to them: whether they affected their curiosity about e-cigarettes, positive attitude toward e-cigarette use, and susceptibility to using e-cigarettes in the future.

Results showed the number of views did not have a direct impact on how persuasive the content seemed.  Instead, participants were more persuaded when they rated them as more truthful and believable. And their beliefs about the content extended out to how they believed it would influence other young adults. 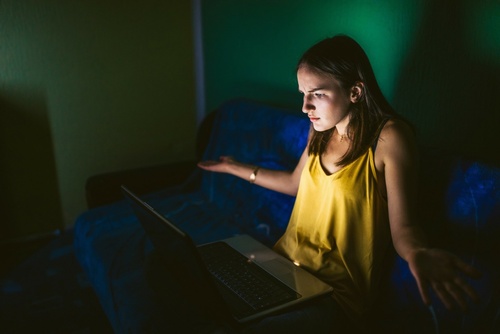 Results showed that how participants themselves viewed the videos - whether they thought the videos were believable and truthful - was directly related to their estimation of the videos' impact on other people.

How accurate is that assessment? It may be suspect because participants in the study didn't think that mass media would have as far of a reach as social media would, whereas the opposite is true. Most social media users are not kids, who you must target if you want to end smoking, and presumably vaping, if you are against tobacco rather that cigarettes. They are not even 18-35, they are 30-44, and male. No one nicotine-naïve takes up vaping at age 30 and Twitter loses money despite having hundreds of millions of registered users, because fewer than 10 percent are active enough that advertising would have time to change their minds.

"We may choose to watch a YouTube video because it has a lot of views, but that is different from whether we are persuaded by the message," said Hyunyi Cho, lead author of the study and professor of communication at The Ohio State University.
News Articles
More Articles All Articles
About